The Druid Class, Part One 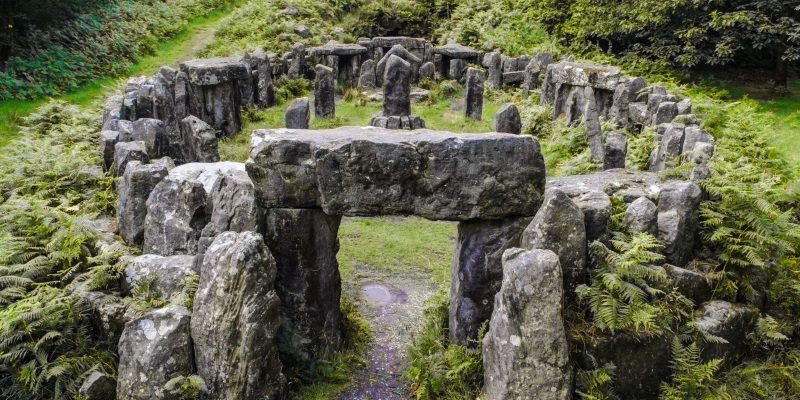 Now that I’ve said all I can think to say on the Bard class, let’s break down the Druid – a class most often defined in its contrast to the Cleric. Like the Bard, the Druid’s history goes back to OD&D – but the Druid is presented as a type of monster. That note of Druids as potential antagonists surfaces again, but I don’t want to get ahead of myself.

In Supplement I: Greyhawk, Druids are monsters with a combination of “magic-use” and “clericism,” with a slightly higher level of the latter. This is also the first time the rules describe druidic shapeshifting: “three time per day, once each to any reptile, bird and animal respectively, from size as small as a raven to as large as a small bear.” They also have a 70% chance to have quite a sizable number of followers. If the druid is an enemy, you’ve as much as got your whole adventure written if that 70% roll hits, but holy cow I would not want to figure out how to do something interesting with 1d4+1 fighters of level 1d4+1, and (1d4+1)*10 normal men.

Eldritch Wizardry gives us Druids as a playable character class, which is by far the sanest thing in this document. I don’t want to get off on a tangent here, but God help me if this column ever gets around to psionics. I will have to read and in some measure comprehend the rules presented in Eldritch Wizardry, and that will surely break down the walls of the paltry reality I have constructed about myself to hide from the endless darkness behind the stars.

Right off the bat here, Gygax and Blume emphasize that druids care more for trees and the wild than for aiding other humans. This has always been a strange choice to me, because… I don’t know, mainly because of Bernard Cornwell’s Merlin (and several other Druids) in The Warlord Chronicles. Eldritch Wizardry attempts to resolve Supplement I’s dual-casting druids into a single spell list, closer overall to Clerics than Magic-Users. The restrictions on weapons and armor that appear here will continue down through the ages all-but-unchanged, other than 4e, though thankfully the restriction against “clerical items of a written nature” doesn’t have quite the same legs.

Man, the format of the Druid class writeup in this book is killing me. Roleplaying games have been taken to task for information-presentation issues for decades, and it all started here. Anyway, the Druid picks up a few class abilities at second (“Initiate”) level:

At Initiate of the 5th Circle (6th level), the Druid gains shapeshifting, and the mechanical notes here don’t reprint the rule, but point back to Supplement I. They also gain immunity to “the charm spells of woodland and water creatures such as nixies and dryads” – this too is an ability that persists through editions that are not Fourth in number.

Druids have a restrictive set of rules for advancement. Their class only progresses to 13th level, and the last three levels have a setting-wide population cap – four at 11th level, two at 12th level, and it’s lonely at the top. This rule endures through 2e, though 1e and 2e have levels after Great Druid that are no longer part of the druidic political structure. I appreciate that it’s a class with a political structure built-in, but it looks like a real headache for DMs, as it involves a lot of solo encounters for the druid PC. That can be really cool if you can handle it away from the actual session, or if everyone else gets their own personal attention also and enjoys watching the druid’s solo scenes, but it definitely isn’t for all groups and I’m mystified that it endured as long as it did. It’s one of those oddities of old-school rules that I am surprised I never see anyone in the OSR wax nostalgic about – but feel free to prove me wrong on that.

Beyond this there is the spell list. Druids receive a robust list of spells, a mix of pre-existing cleric spells, pre-existing magic-user spells, and new druid spells. There’s a reference to druid spells requiring mistletoe harvested with a golden sickle into a golden bowl on Midsummer’s Eve, and all other forms of mistletoe are less effective – but Eldritch Wizardry offers no clarification on what that might mean.

The druid of OD&D forms a baseline for the class that endures through 2e. Its theme as a priest of nature with a darker bent than a PC cleric (but not as dark as a Chaotic NPC cleric) is surprisingly well established in these rules with spells like finger of death. Rules – well, suggestions – regarding mistletoe push the theme in a northern and western European direction, I guess, but that theme is going to get nailed down a little more in later versions.

The only thing that really bugs me in this class is its wonky advancement restrictions. I have no real access to the perspective of 1976, when clearly this seemed like a sensible thing to do. From a modern perspective, it disrupts the flow of narrative, and potentially strands someone at a particular level for many sessions while they wait for the DM to get around to an encounter. God help them if they lose a fight in which the odds are against them (since the other guy is one level higher), or repeated fights in which the odds are ever in their fav… oh geez, I just realized that it’s the frickin’ Hunger Games, and Katniss and Peeta are the druids. Aw, man. Except that theoretically these are allowed to not be lethal duels… but wouldn’t you want to kill that asshole that keeps demanding duels that cost you a level if you have a couple of bad rolls?