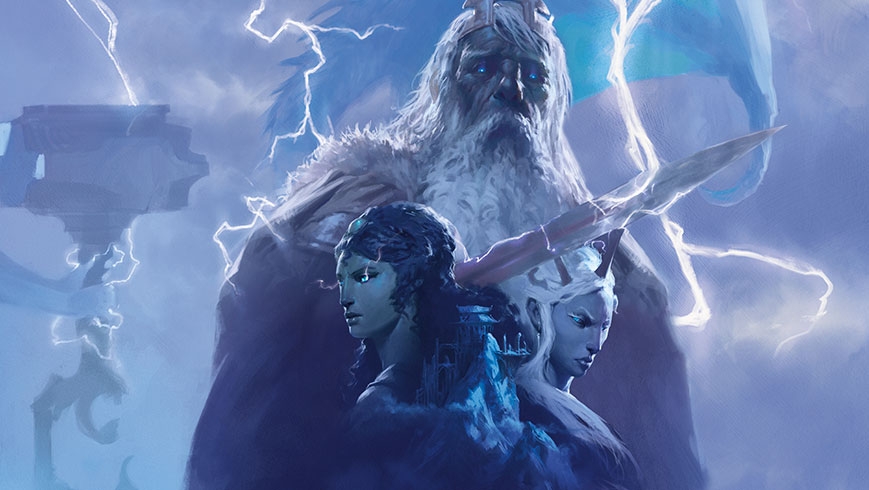 The new D&D adventure Storm King’s Thunder™ just launched today (September 6th), and was released early to gaming stores back on August 26th. When I first received my copy from Wizards of the Coast last week, my initial impressions were very positive. The book looks great with half page and double page illustrations breaking up text, runes, lots of maps, tables and more. The adventure is well done and they have put in some work up front to help Dungeon Masters (DMs) by outlining the cast of characters and providing an adventure flowchart. The story mixes “gigantic” intrigue with plenty of exploration and combat. Players are simply tasked with saving civilization from the threat of giants.

After reading this adventure, I think it’s one of my favorite 5th edition adventures, but it might not be for everyone (we’ll get to that below). It’s a really solid purchase that will provide hours and hours of gameplay, as it is somewhat re-playable. This book gives you nearly everything you need to run SKT as a campaign or provides you with a valuable sourcebook when paired with the Sword Coast Adventurer’s Guide to run adventures in the Northwest of Faerûn. 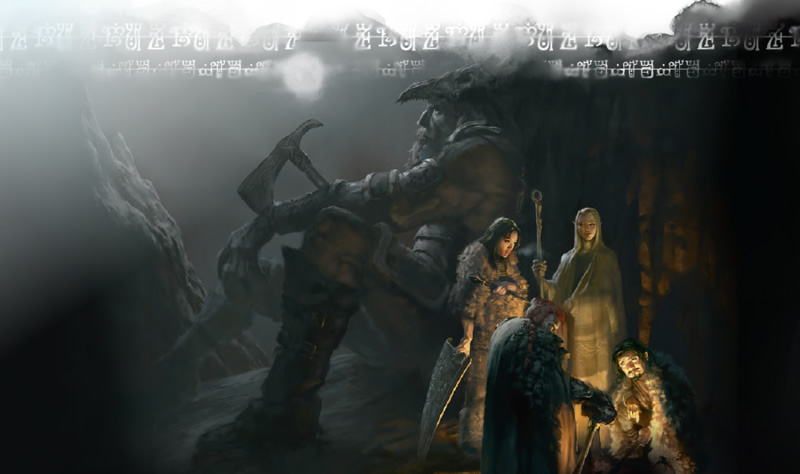 What is Storm King’s Thunder? 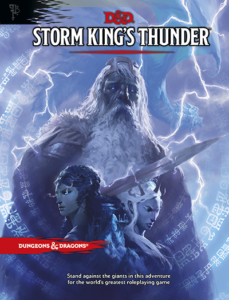 This adventure has us return once again to the Sword Coast region of the Forgotten Realms. This time giant lords are locked in a power struggle after their god, Annam the All-Father, broke-up the hierarchy controlling the giants (called the Ordning). The choose your own adventure like set-up of this book has two major branches where the players choose which giant threat to face off against in a variety of locations. As the story progresses the players must decide which giants are allies and which are enemies. The story draws inspiration from both Shakespeare’s King Lear and Lear the Giant King (Dungeon Magazine #78).

Stand with or against the giants in this adventure for the world’s greatest roleplaying game.

This 256-page adventure for characters level 1-11+ provides everything a Dungeon Master needs to create an exciting and memorable play experience for the Storm King’s Thunder story, including rune magic items, a new treasure option for characters.

Giants have emerged from their strongholds to threaten civilization as never before. Hill giants are stealing all the grain and livestock they can while stone giants have been scouring settlements that have been around forever. Fire giants are press-ganging the smallfolk into the desert, while frost giant longships have been pillaging along the Sword Coast. Even the elusive cloud giants have been witnessed, their wondrous floating cities appearing above Waterdeep and Baldur’s Gate. Where is the storm giant King Hekaton, who is tasked with keeping order among the giants?

The humans, dwarves, elves, and other small folk of the Sword Coast will be crushed underfoot from the onslaught of these giant foes. The only chance at survival is for the small folk to work together to investigate this invasion and harness the power of rune magic, the giants’ weapon against their ancient enemy the dragons. The only way the people of Faerun can restore order is to use the giants’ own power against them.

The sprawling adventure set in the Northern Forgotten Realms can be broken down into three acts, with an option section to get low level players up to level 5. The adventure has a slower pace than some adventures, allowing the players to really explore the North and deal with giant threats as they see fit.

I really can’t complain as I think this book provides so much. There are two observations I thought I should share. 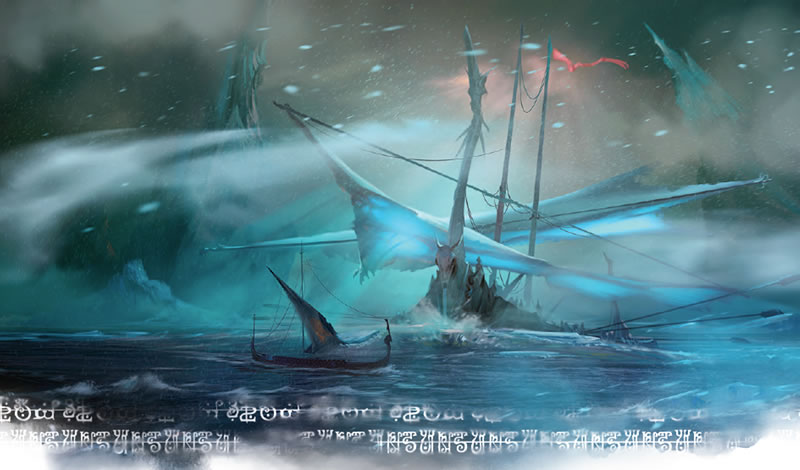 From my first flip through of this book, I was impressed. The book looks great and I think it’s an excellent adventure and setting resource. The additions of the Dramatis Personae and the adventure flowchart are superb and I hope we see them in future books. The illustrations throughout the book are great (just look at those I included on this review) and there are many maps too.

The adventure does a good job of mixing all three types of gameplay including court intrigue, interrogation, wilderness exploration, search and rescue, dungeons of various sizes, and plenty of combat – including running NPCs alongside their PCs. Some DMs might have an issue with so much of the book going unused as players make their choices and skip locations, but these locations can be explored later or used in your own adventures later.

This is one of my favorite 5th edition adventures, but it might not be for everyone, especially newer groups of players or groups that just want to hack and slash through dungeons. It’s a really solid purchase that will provide hours and hours of gameplay, as it is somewhat re-playable with the branching style of the adventure. This book gives you nearly everything you need to run SKT as a campaign or provides you with a valuable sourcebook when paired with the Sword Coast Adventurer’s Guide to run adventures in the Northwest of Faerûn. 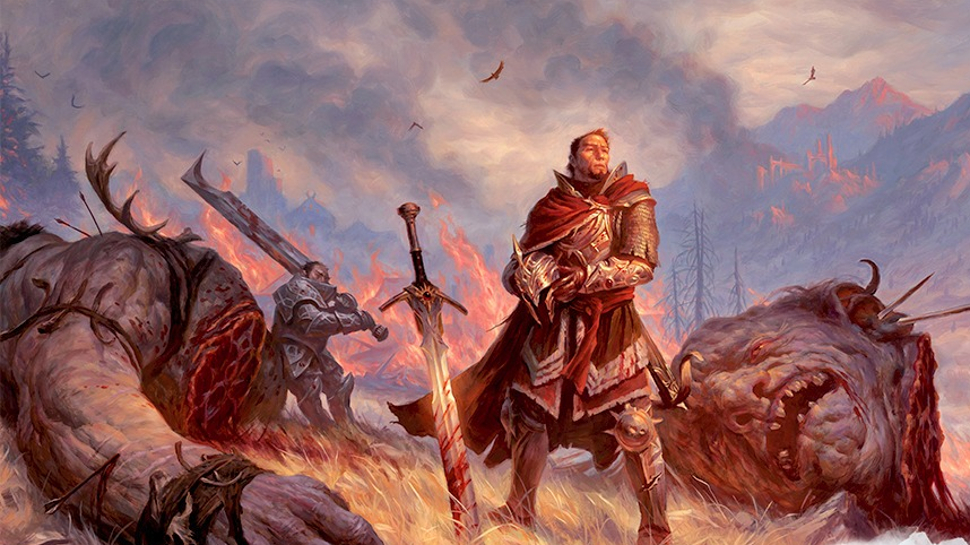 Get to Know the Kenku