Rage of Demons: Out of the Abyss Review 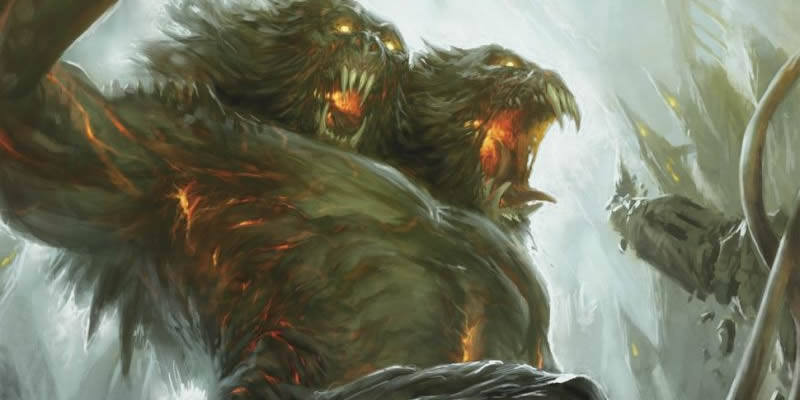 The new D&D adventure Rage of Demons: Out of the Abyss was available at FLGS stores on Friday and will be available for everyone else on September 15. When I received my copy from Wizards of the Coast I did an initial flip through right away. My first impressions were positive and now that I have read the whole adventure I’ve put my thoughts down in this review. This book will give you everything you need for your group to play for a 15 level campaign or its can work nearly as well as a sourcebook for running your own Underdark adventure. 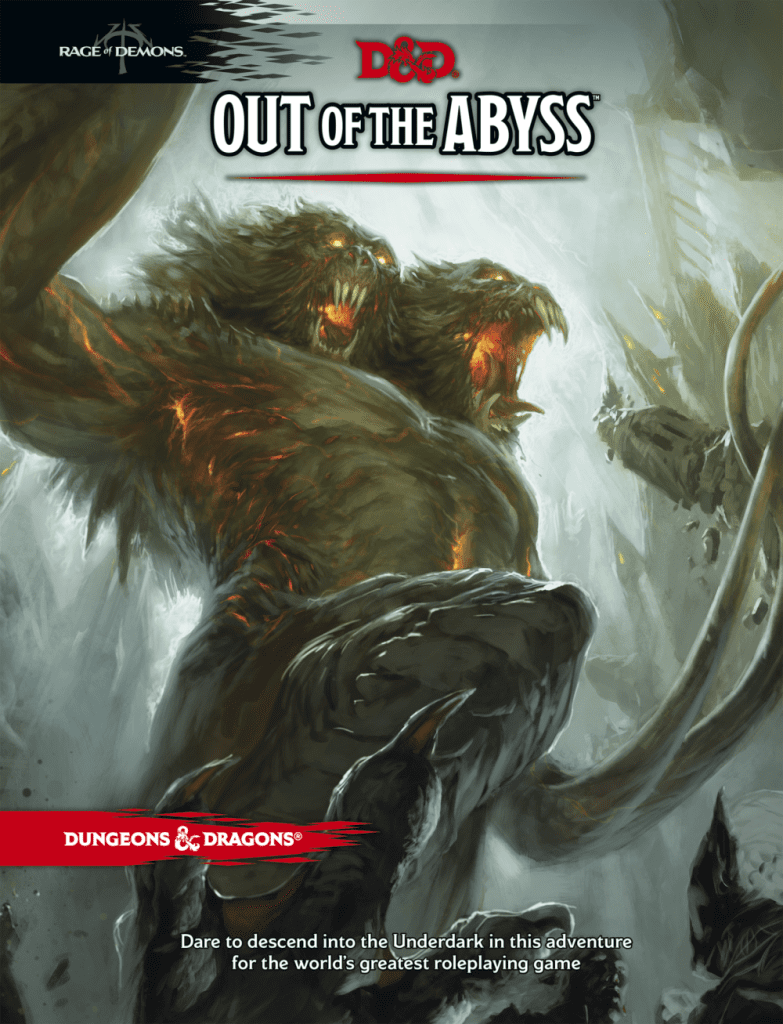 “Dare to descend into the Underdark in this adventure for the world’s greatest roleplaying game! “

Out of the Abyss is an epic campaign adventure set in the Forgotten Realms. The book will go into wide release on September 15, 2015 as one of the many Rage of Demons storyline products coming out this fall.

“The Underdark is a subterranean wonderland, a vast and twisted labyrinth where fear reigns. It is the home of horrific monsters that have never seen the light of day. It is here that the dark elf Gromph Baenre, Archmage of Menzoberranzan, casts a foul spell meant to ignite a magical energy that suffuses the Underdark and tears open portals to the demonic Abyss. What steps through surprises even him, and from that moment on, the insanity that pervades the Underdark escalates and threatens to shake the Forgotten Realms to its foundations. Stop the madness before it consumes you!”

For around US$50 (or less if you shop around), Out of the Abyss is a solid value that will take your players from level 1 to 15. Like Princes of the Apocalypse, this is an excellent book full of useful and interesting content. The paper and binding of this 250+ page book matches the quality and materials of  Princes of the Apocalypse and it will lie flat when opened. The book has been produced well and the end product has an appearance that is high quality with lots of original illustrations and cartography that match the other core D&D 5th edition books and is a great value with so much content crammed into one adventure book. 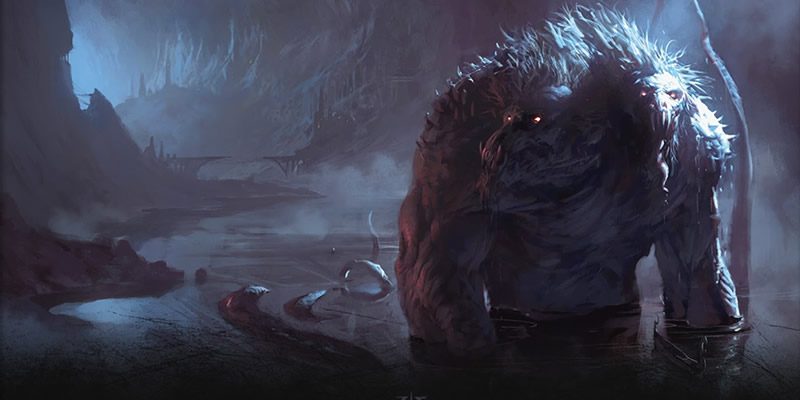 STOP READING NOW TO AVOID SPOILERS AND SKIP TO THE CONCLUSION

You characters start the adventure as the prisoners in a slave pen located in a drow outpost. The PCs are surrounded by a motley collection of fellow prisoners who collaborate with the PCs to escape the prison and travel through the Underdark to their various homes.

Chapter 1 begins the adventure by introducing the colorful fellow prisoners, many which might be around with the adventurers for a while:

The chapter then provides events and escape options to run for your group to escape from the drow outpost into the cavern below.

Chapter 2 takes the group (and any of the prisoners who are still with them) into the Underdark with only the equipment they were able to scrounge from the drow outpost. The players are given the choice of three different directions to travel. The players can consult their fellow escapees to figure out the best direction and even travel with them. The chapter also provides:

With the group well into their attempt to escape the Underdark, the next four chapters detail a variety of Underdark locations. Visiting each location provides an opportunity to deliver escapees to their home and make allies.

The Darklake is a vast network of rivers, tunnels and canals connecting water-filled caverns and chambers. The Darklake can be used to reach the other three destinations in the Underdark and also used to escape the drow pursuers. This section also includes details for the koa-toa village on its shore.

The duergar city of Gracklstugh is actually a pretty civilized place and an important location for the players to get equipment, hide from the drow and to try to find direction on the way out of the Underdark. The group can interact with an overweight Red Dragon and a number of other interesting encounters.

The myconid community of Neverlight Grove is an excellent location for the group to rest, recuperate and resupply, but like everywhere in the Underdark – things are not safe with the demon Zuggtmoy using this location for her stronghold.

The deep gnome settlement of Blingdenstone provides another opportunity to create allies and escape the drow, as the deep gnomes have no love for their drow enemies.

Chapter 7 provides methods for the Dungeon Master to determine where and when the group finds the way out of the Underdark. There is no set way out of the Underdark, to escape the players need to satisfy certain conditions. This chapter breaks the adventure in half with an exciting climactic chase or battle against the drow (and any fellow escapee NPCs who decide now is the time for betrayal). 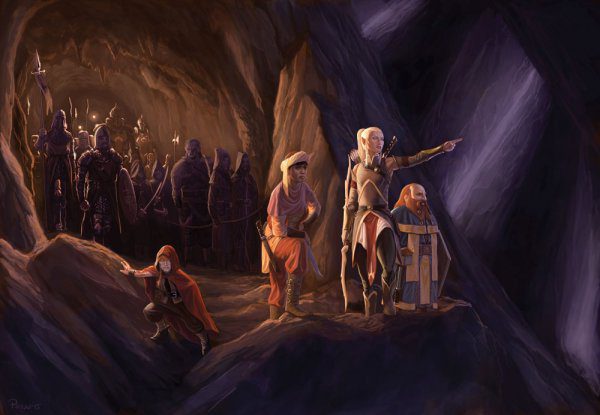 Return to the Underdark

The group is given a little bit of time on the surface to recover, but after a time they are called to see the dwarven King Bruenor in his kingdom of Gauntlgrym to discuss a return to the Underdark to take care of the demon problem. Bruenor invites representatives from all the factions and asks the players to help get the factions to agree to create a single force to send down into the Underdark to battle the demons.

The second half of the adventure takes the heroes to a variety of locations to gain powerful artifacts, components for a ritual and find potential allies.

The group travels to Mantol-Derith, a neutral trade outpost, for a tough mission before descending deeper into the depths of the Underdark at the head of the group of allies. The group is free to travel to some previously visited or other locations. Regardless of where they travel, the main objective is to get to the Stone Library in Gravenhollow and then onto the Tower of Vengeance, The Wormwrithings, The Labyrinth all leading to the final showdown with the demons.

At the Tower of Vengeance the group can make an alliance with a drow wizard named Vizeran who has a plan to cast a ritual to set the demons against each other, destroying each others material forms (and Mezzoberranzan). The players can ally with Vizeran or betray him and go on their own. Either way, they are required to go on what is essentially a fetch quest for the ritual components in the Wormwrithings and the Labyrinth. But both locations provide a variety of monsters and encounters that players should really enjoy.

The Wormwrithings may bring the players into contact with purple worms, drow, dwarves, troglodytes, ropers and a beholder.

The Labyrinth is another interesting location where the players will encounter gnolls, minotaurs, modrons and more all while trying to keep from getting lost and being caught between the demons Yeenoghu and Baphomet.

With the components collected and the help of Vizeran (or one their own) the group heads to Mezzoberranzan (or another location) to put the plan in place, but there are plots and complications that are placed in front of the characters including a demonic wedding with Zuggtmoy, a myconid invasion and battles against demons. The adventure ends in a huge finale with the group putting the plan in place to get the demons to battle each other (the book provides an idea to let the players control the demons for these fights). The adventure ends with a final battle against the last demon lord standing, Demogorgon – the Prince of Demons. 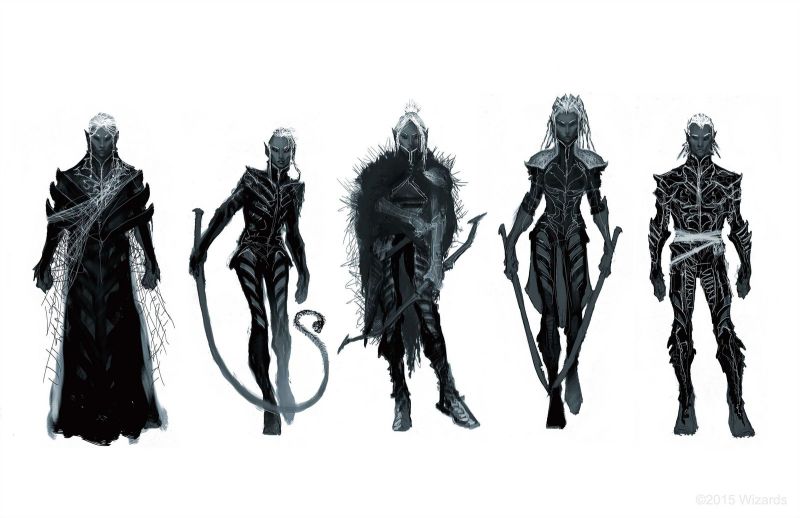 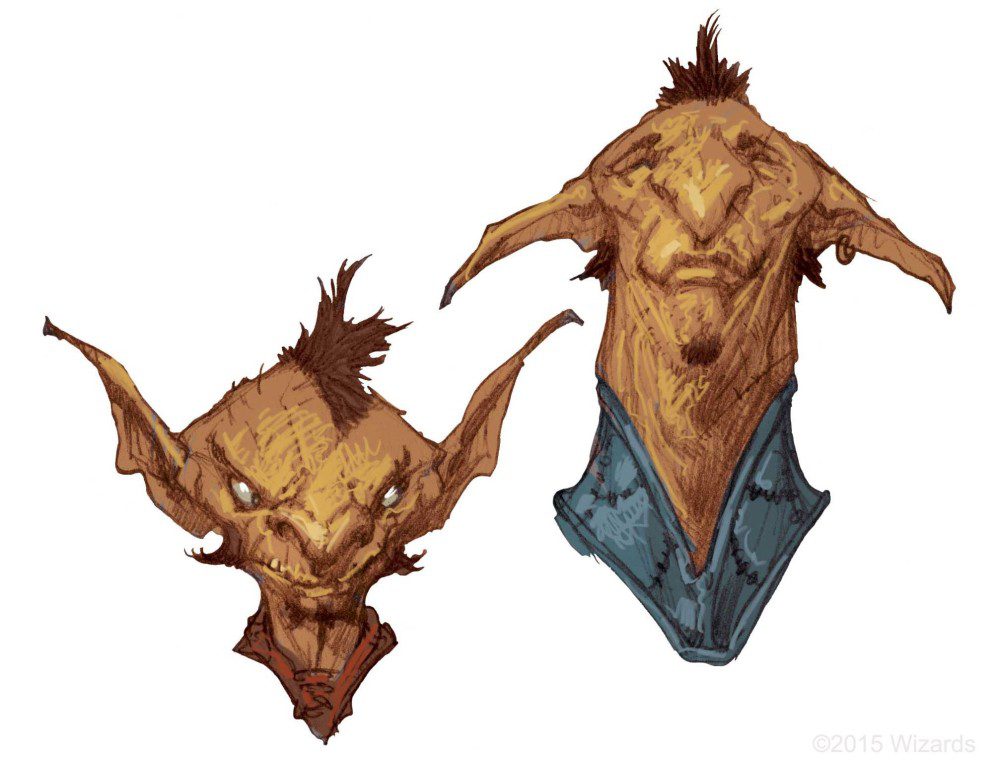 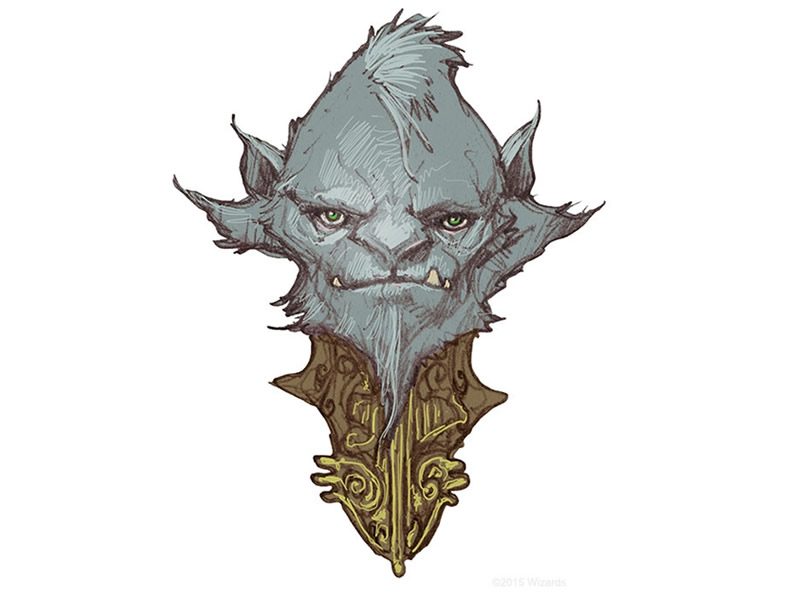 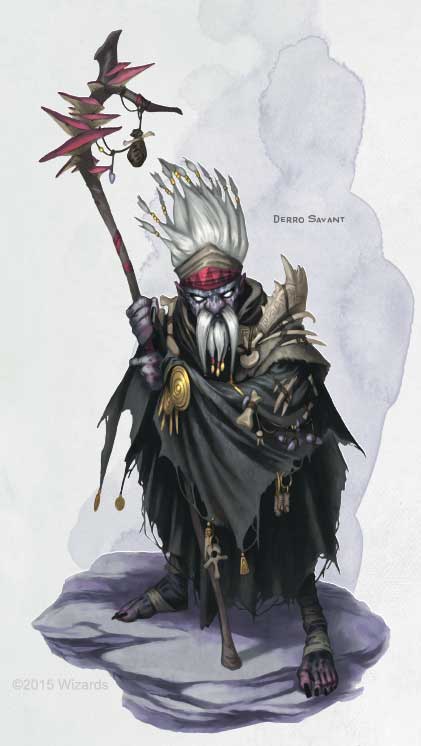 This book is 250+ pages of solid materials full of colorful NPCs, monsters, demons, rules for madness and more. It’s a really solid purchase that will provide hours and hours of gameplay.

Stay away from Out of the Abyss if:

Run Out of the Abyss if:

Out of the Abyss is a flexible story driven campaign that balances the line between a linear plot with freedom for the party to go and explore areas and talk to people in the order they want. The campaign also provides a good balance of colorful people and places against the backdrop of darkness and madness. A first time Dungeon Master might have an easier time with Princes of the Apocalypse, as this is not an adventure that I would have been able to run well as a rookie with the high number of NPCs and madness rules needing to be run. That being said, this book provides more than just an adventure that links a bunch of Underdark encounters together. Dungeon Masters are provided with lots of support to run each interesting location and really good set encounters are provided to bridge travel.

The first half of the adventure did a great job giving the players options to figure out an escape and where to travel. I felt like the second half asked the players to push through the adventure with a little less freedom, but the areas they are asked to explore are varied and the creatures they encounter will keep them entertained. Even with the plot being a little less freeform in the second half, players should still feel in control, especially if they are motivated to get to the exciting finale against Demogorgon.

If you have any interest in the Underdark I would pick up this book for sure. I couldn’t help thinking about all the ways I wanted to “borrow” the Underdark creatures and locations for my own campaign.

A great adventure to run and resource to have! Pick it up this week and dare to descend into the Underdark.

A review copy of Out of the Abyss was provided to Tribality by Wizards of the Coast. Having had the book for less than a week, this review is based on reading the adventure cover to cover and I have not had a chance to playtest it yet.