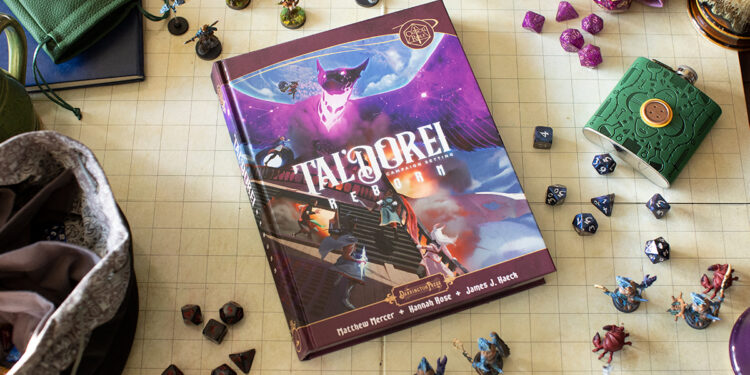 After the Green Ronin publication of Critical Role: Tal’Dorei Campaign Setting the people at Critical Role created their own gaming company named Darrington Press. Among the few things that have come out so far from that store is not a reprint, but a remaster of the Critical Role Tal’Dorei setting book, this time called Tal’Dorei Reborn. Today, we’re going to talk a bit about this book and whether you should buy a piece of Matthew Mercer’s imagination turned into a 280 pages book.

Disclaimer: I’ve been given a review copy of the book by Darrington Press, and have not read the previous iteration of the Tal’Dorei Setting book, so I will not be able to compare the two of them.

This book had James Haeck, Hannah Rose, and Matthew Mercer as their lead designers. The first two have participated in many other D&D products in the past, both official and 3rd Party. Additionally, the three of them were the lead designers as well in the previous iteration of the setting. In other words, we can assume they know what they are doing. And just in case you still don’t know who Matt Mercer is, he is one of the most popular voice actors and DMs out there, taking the role of the DM for the Critical Role show. You can find additional information on their website.

While Tal’Dorei started as pretty much a generic D&D setting, it has become something that is much bigger than that. Even though in Campaign 1 of Critical Role many of the names of deities that were said came from the Forgotten Realms setting, these were reinvented for Mercer’s world and given titles that better represent them (while also avoiding copyright infringement). In this book you will find more detailed information about everything you liked from Campaign 1, and even those places that were just mentioned but never gone to. The factions play a very important part in it as well, having huge impact in the history of the world. The world, however, is set after the events from Campaign 1, meaning you get to mess with the aftermath.

What’s in the book

The hit series Critical Role first explored Tal’Dorei, a fantasy-filled land brimming with tales of heroes and wonder, through the epic adventures of Vox Machina. Now, players everywhere can live the magic and stories to rival the beloved show.

Soar on a skyship from the metropolis of Emon to the distant haven of Whitestone, venture into wilderness rife with terrifying monsters and wayward mages, and uncover magic items that range from simple trinkets to the legendary Vestiges of Divergence. Explore dazzling new subclasses and backgrounds in your epic adventures in the world of Exandria and beyond! Tal’Dorei Campaign Setting Reborn holds a wealth of playable content, lore, and artwork to inspire. The adventure begins here!

Tal’Dorei Campaign Setting Reborn contains everything needed to unlock the rich setting of Tal’Dorei and make it your own: 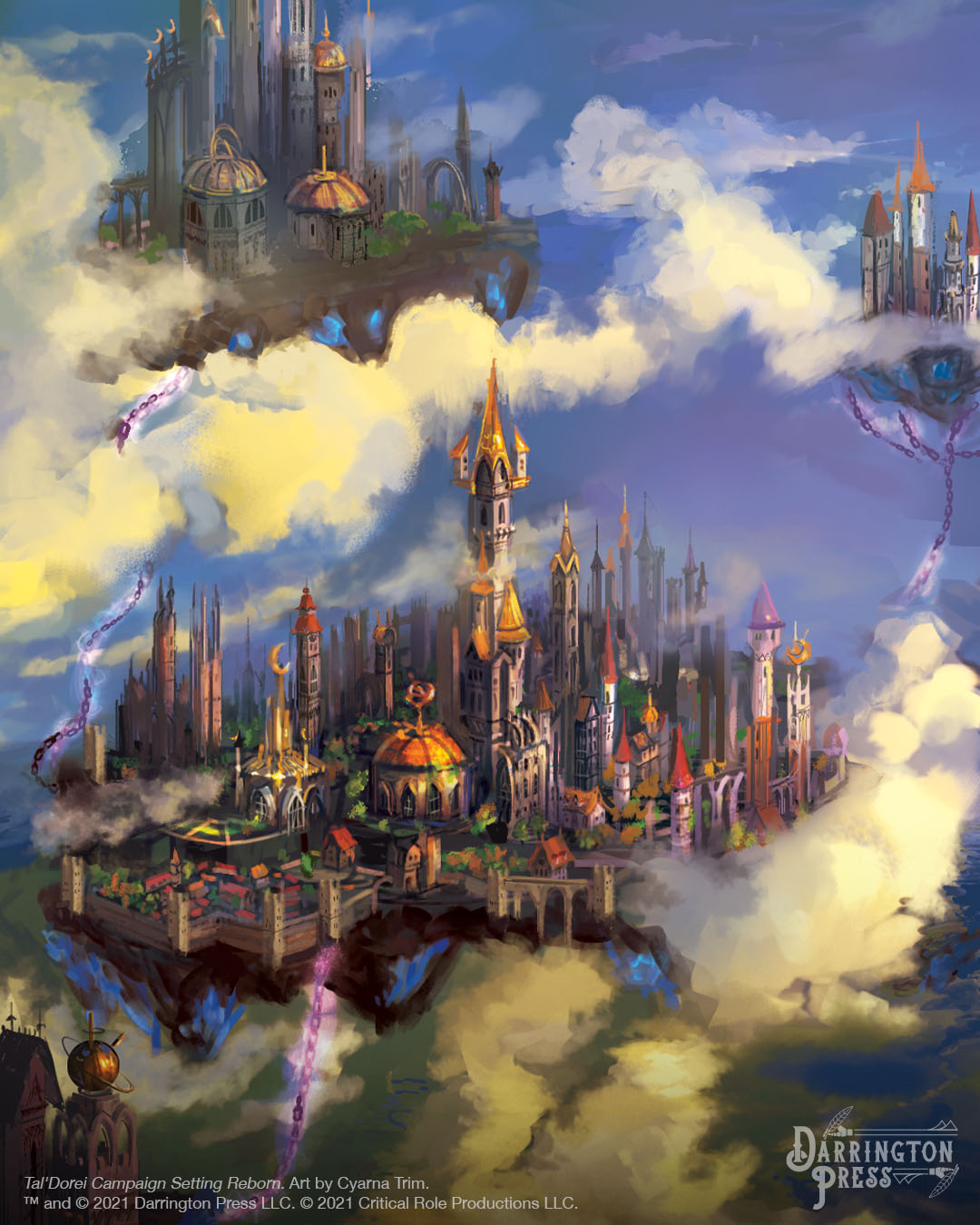 Should I buy it?

This book provides some of the best art I’ve seen in tabletop gaming, period. It certainly looks like the art director knew what they were doing. I really like that there’s a whole index of artists with links to their Twitter and webpages. I would really like to see more companies doing this! 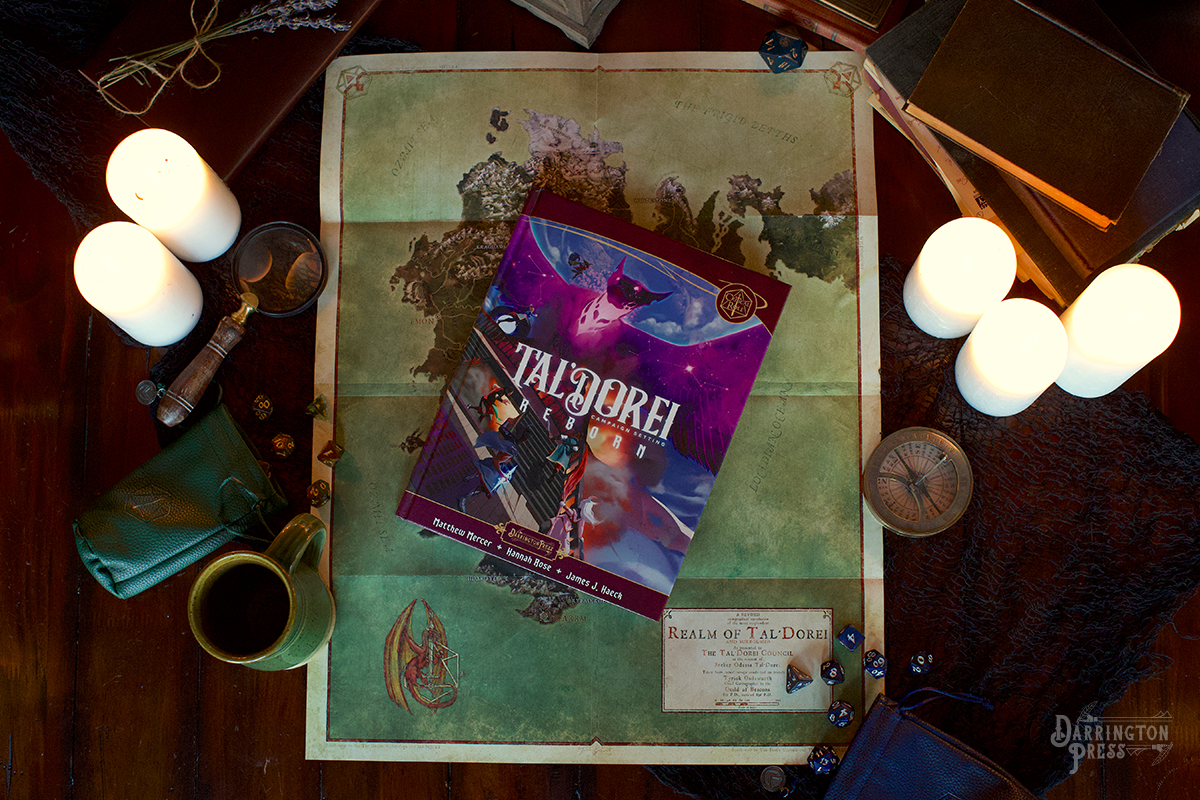 You can find more information about the book by entering its official website: Darrington Press