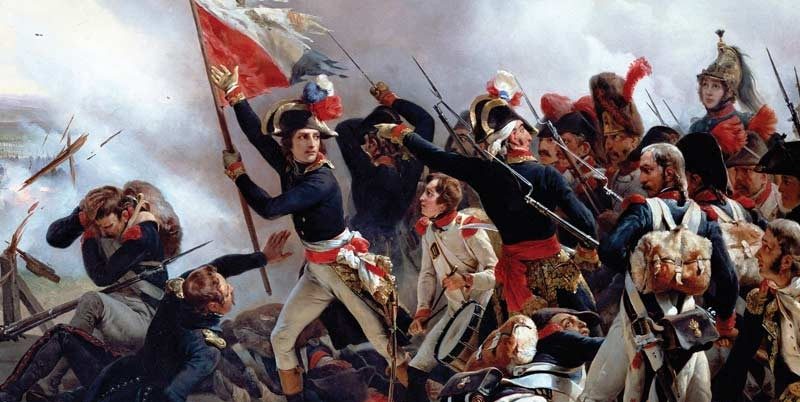 Every so often an event occurs that is so huge, so fundamentally game changing, that the path of humanity is altered forever. In modern times, I would argue that the invention of the atom bomb, the First and Second World Wars, and the invention of the internet are great examples. These are events or happenings that define who we are as a people and how we will go on living our lives in the future.

In the worlds of D&D, these history changing events are usually attached to organized play, coincide with the release of a new edition, or are part of a special timeline or set of products. However, my question to all of the DMs out there is this: Have you ever designed your own world changing event? Have you ever created a storyline so large that it altered not only the fates of your PCs but the fates of all peoples living everywhere in your campaign setting? I have only tried this once and the task pushed me to my limits as a DM. It was both epic and terrifying at the same time. It is not an exaggeration to say that the challenge of trying to tell a story on a planetary scale is daunting and not for the inexperienced.

For me, my epic event took place in Forgotten Realms and I decided that some devious warlocks would discover a whole new form of magic. This new magic power was open and available to everyone, regardless of race or class, and it naturally began to unbalance the world. Meanwhile, I had my PCs right in the middle of it all trying to track down the warlocks and put the world back to rights. If I recall correctly, they succeeded in stopping the warlocks but never quite got the new magic to go away. As a result the world, or our view of it, was changed forever.

To expand on this idea, what follows are five examples of how an actual game-changing real world event could inspire a world-changing D&D event for one or all of the many campaign settings (in no particular order):

The idea of introducing gunpowder and firearms into D&D is not a new one. Flintlock pistols and muskets have been optional weapons in D&D going all the way back to 2nd edition. But they were always, at least in my view, extremely rare, awkward, and often untrustworthy. For this event to work something truly revolutionary would have to come into play, just as the Winchester Rifle did in 1873. The Winchester Rifle, also known as “the gun that won the west”, was one of the very first lever action repeating rifles that could boast both rapid fire and accuracy. Introducing a gun like this into the world of D&D would most certainly shakes things up and could lead to some devastating combat scenes. How do you think the major powers in a D&D world such as Dragon Lance or Forgotten Realms would react to the invention and wide-spread use of these kinds of weapons?

The First World War or the Great War began more than 100 years ago and the impact that it made on the world can still be felt today. With more than 5 million KIA and 12 million more wounded in the 4 year, 11 month conflict; one can only speculate what our world might look like today if it had never happened. Also, in the process, the war forced many nations to throw off their 19th century, or in some cases 18th century, military practices and modernize. To have an event like this one spring up in a D&D world would be an incalculable amount of work and planning for the DM, but the results could be legendary. I think about young teenage PCs (age adjusted for races of course) getting their first taste of massive combat and trench warfare while all of the nations of the campaign world align to one side or another. I think about those same PCs growing up within the war and perhaps a few even making it out alive on the other side. I would deliberately make it dirty, gritty, and occasionally horrible, lest we forget.

The Discovery/Colonization of the New World

Let’s not get into a big debate over Christopher Columbus versus the Vikings, let’s just agree that the discovery and colonization of the new world was an event that caused a massive change in the way humans viewed and used their world. It was important and profitable enough to propel Spain into a world power; it was the cause of countless wars, skirmishes, and disagreements between the European armies; it introduced the old world to entirely new kinds of cultures, peoples, plants, animals, and geography; it turned the worlds of the natives upside down and, unfortunately, caused a great deal of death, pain, and discrimination; and lastly it paved the way for dozens of new nations to build their foundations. An event like this in D&D would be a major undertaking, but I’m sure that there are many DMs out there that would relish the challenge. It is simply rife with opportunity for both roleplaying and combat. Also, the discovery of new or original monsters, races, and treasures would be more than justified.

There was France in 1789, Russia in 1917, Spain in 1936, Cuba in 1953, and many, many more. Revolutions have always been a large part of the changing human landscape and can often lead to much bigger consequences than originally intended. Rather the cause is due to an oppressive government, economical instability, religious/political upheaval, or some combination of all of these and more, the people leading the charge are often intelligent, passionate, charismatic, and willing to sacrifice everything for their cause. I believe that placing the PCs in a situation such as this one would make for an excellent campaign and, to up the ante even more, I would give them a huge say in what they really want to fight against and build the campaign around them.

Although this has not yet happened in human history, there is more than ample evidence that it has happened on this planet at least five times in the past 540 million years. That’s an average of one every 108 million years. And, if you consider that fact that the last time this happened was roughly 66 million years ago (so long dinosaurs!), we are due for another one sometime within the next 42 million years. (I wonder if we will have flying cars by then?) At any rate, an ELE is defined as a widespread and rapid decrease in the amount of life on Earth. During the five previous times this has happened more than 50% of all life on this planet was wiped out. Creating an event like this one in a D&D setting could be an amazing amount of fun. What will your PCs do when they realize that they can do nothing to stop it? Will they try to save everyone that they can or will they become part of the growing chaos? How will the evil powers respond? Could this be an opportunity for “good” and “evil” to work together? You decide