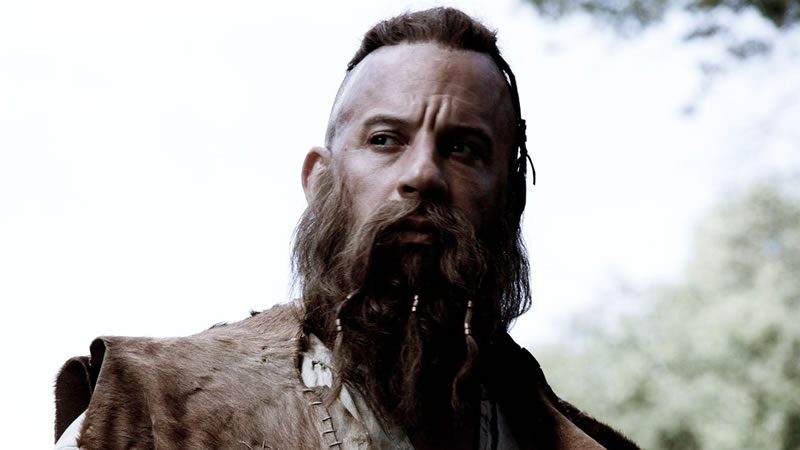 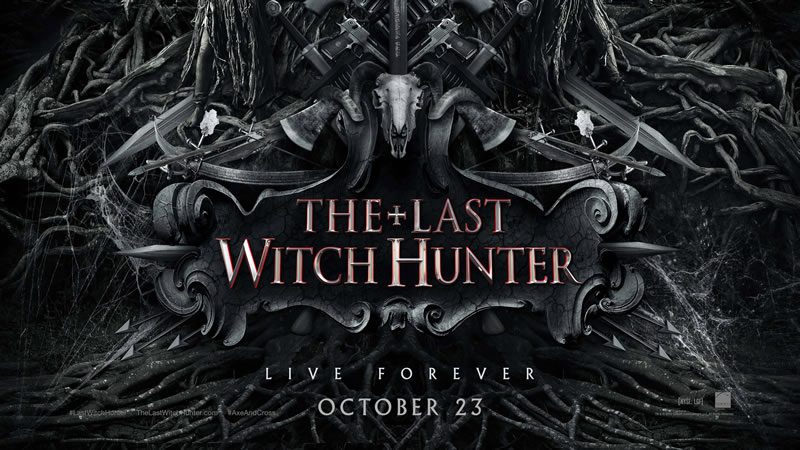 The modern world holds many secrets, the most astounding being that witches still live among us. Centuries ago, Kaulder (Vin Diesel) managed to slay the all-powerful Queen Witch, decimating her followers in the process. Before her death, she cursed the valiant warrior with her own immortality, separating him from his beloved wife and daughter in the afterlife. Her resurrection now threatens the survival of the human race as Kaulder, the only one of his kind remaining, faces her vengeful wrath.

If you still aren’t convinced you need to see this movie, here’s 5 reasons:

I was reading an article on Wednesday where Vin geeks/nerds out as he often does to talk D&D. But this interview went deeper, talking about how The Last Witch Hunter is inspired by Vin’s famous PC, a witch hunter named Melkor. Vin teamed up with a fellow D&D player, Cory Goodman, to write a script. According to the interview, “If it weren’t for Vin Diesel’s ‘Dungeons & Dragons’ character, ‘The Last Witch Hunter’ wouldn’t exist“. While much of the movie takes place in modern times, the witch hunter in the movie is a spell caster who draws on mysticism, but isn’t afraid to use his sword.

ADDED SEPT 21: Vin has even teamed up with The Nerdist to play in a promotional D&D game where he plays a Witch Hunter last week. You can watch a 5 minute highlight or the extended 30 minute version.

I’ve always wanted to take the PCs in my game for a trip far into the future to face a defeated nemesis. I think this movie has a great premise, it looks like you get D&D and The Dresden Files in one movie.

This 48-year-old action star is one of the three highest paid actors in the world (according to Forbes) in 2015 for one reason… Furious 7. In the Fast & Furious series Vin and the entire group have upped the action every time and taught us the meaning of family.

In his Guardians of the Galaxy, he showed us how he could make us care about a walking tree with only 3 words. This movie also showed us a bunch of characters figuring out a way to work together, to find purpose and defeat a threat… sounds like a perfect campaign.

I also really like his Riddick character in Pitch Black, Chronicles and Riddick. For Riddick, Vin cited D&D as an influence here too. Vin dropped this quote too when talking about the movie:

“Michelle Rodriguez, she’ll say she thinks I DM Hollywood, because I’m able to do these things that are just preposterous, like shoot Riddick.“

I’m very hopeful that with Vin finally getting a chance to bring Melkor (or Kaulder) to the big screen will give us a movie filled with action and character.

D&D is a great game and it’s awesome to sit around the table (real or virtual) every week and play with friends old and new. But it might be fun to take a week off from your game and go out as a group and see this movie together.

I’d like to see more great D&D inspired movies being made by people who get it, and nobody in Hollywood gets it like Vin right now. We don’t need any more horrible D&D movies (yes the first D&D movie was made by a fan, but he’s no Vin).

So get out there opening weekend and put up some numbers. The worst thing that can happen is that this is a really great movie and none of us go to support it.

4. It has a solid cast with some big fantasy genre names

This movie isn’t just Vin Diesel on screen by himself. Elijah Wood is fantasy genre royalty after playing Frodo in the Lord of the Rings and the Hobbit movies. Rose Leslie was one of my favorites as Ygritte on Game of Thrones.

I thought the Seventh Son could have been really good, but it didn’t really deliver with its solid source material and cast. Let’s hope this group can deliver a movie that doesn’t waste “an excellent cast… leaving audiences with one disappointingly dull fantasy adventure“, like Seventh Son according to Rotten Tomatoes.

This is purely my opinion here, but I think this movie looks great based on the teaser and the two trailers. Don’t worry about what I have to say, check out the two trailers for yourself. Let me know if you agree in the comments.

In conclusion, I have no idea if this movie is going to be great, but go see the movie opening weekend. Do it for the hobby and do it for Vin.