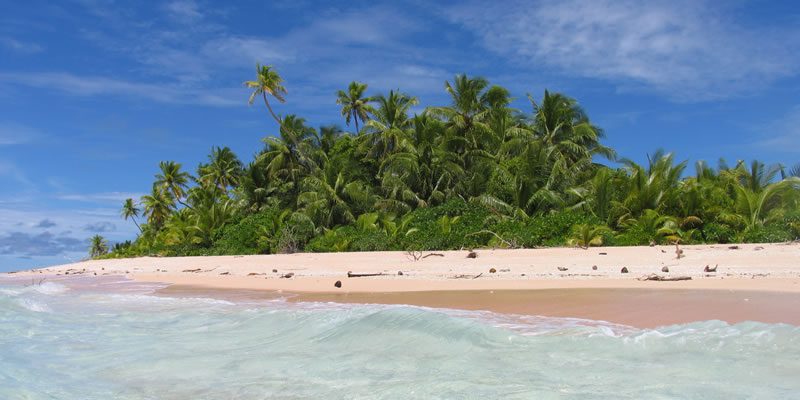 This week we have a guest post from Margot Fernandez, who I asked to share her work on bringing Pacific deities into early editions of Dungeons & Dragons. This article outlines the deities and you’ll find a link to a PDF version with full classic D&D stats at the bottom.

Dungeons & Dragons players often send their characters out to sea.  Because I lived for many years in Oceania, specifically Guam in Micronesia, I learned about their gods, myths and legends during that time.  In converting deities to the D&D format, I tried to keep in mind that the same god often appears in different mythoi, and for the sake of clarity I sometimes elided a few figures into one.  Such a figure is Tangaloa, the god of evil spells, poisons and witchcraft.  He seems to lurk everywhere from Hawaii to Australia.

Other gods were written into game stats directly, such as the king and queen of Hawaiian mythology, Ku and Hina.  All gods, demigods and heroes, plus other supernatural beings, were put into statistics with great respect for their mother cultures.

So if a new game setting might perk up your campaign, get lost!  By this I mean have a major hurricane or typhoon blow your party off the map until strange and uncharted landforms appear on the horizon.  There you will meet elves and dwarves–Chelids and Navao–and some characters who have survived in legend, such as Sakir, the were-bird who lives in remote mountains.

Ideas for a Pacific Inspired Setting

The island setting offers the opportunity for your characters to interact with indigenous people, their shamans priests, or to go it alone on uninhabited islands (that may be uninhabited for good reason).

The Pacific Islands are inhabited by a race of elves called Chelids, who are reclusive and have standard elven attributes.  The race of Dwarves is represented by the Navau and Mu-Ai-Maya, a dwarven race that is believed to have existed if you are Hawaiian.  Up to the present times there are earthworks and other creations that are attributed to the works of the Dwarven people.  Other pixie-type folk called Menehunes live in the Hawaiian Islands and are also said to live in the Marianas Islands, where they are called Duendes.  Duendes are sometimes seen and many people, including myself, claim to have seen them.

The most frightening creatures of legend in the Pacific Islands are the Tao-Tao-Mo’na, because their motivations are pure Neutral in alignment and with their great powers they may or may not ally themselves with a party.  Actual communication with them is extremely rare; usually they know what is going on (by unknown means) and choose to help, harm or ignore.

For reasons which may be linked culturally, the Pacific peoples share the concept of the avatar with the Vedic civilizations of the Indian subcontinent. Gods existed simultaneously in many forms, though no avatar was as powerful as the god in its true form. These avatars could function independently of each other, even to the point of coming into conflict. They could take any form, animate or inanimate, although when in nonrational form, they had awareness and power which effected the gods’ purposes. The mode of their existence transcended sexuality, and they would appear in either earthly sex as suited the occasion.

The Pacific cultures enjoyed a happy unity with nature, which nurtured and supported their civilization with sunny skies, rich fishing grounds and productive soil.  Interruptions of the cycle of fishing, hunting and gathering, eating, sleeping and celebrating caused great consternation. The rulers of the affected island group desired to placate the gods.  These interruptions usually took the form of inclement weather such as typhoons in the western area of the Pacific Ocean.

Although they were intimate with nature, the Pacific islanders usually did not worship natural objects as such, like the sun.  Gods were worshiped in human form.  A particular deity, such as the powerful Ku, manifested himself in many forms, such Ku-Makua, a god of trees, or Ku-Ula-Kai, a sea god.

Pacific peoples lived a very simple life with regard to material possessions.  This proved deceptive to outsiders when they visited the islands initially, for although their lifestyle seemed universal, actually it was behavior that was strictly circumscribed by the taboo system.  The islanders were surprisingly tolerant of the outsiders, who naturally were ignorant of the taboos; however, no such latitude was allowed the island-born.

Many Pacific groups had home shrines, called heiau in Hawaiian, in which the family god of choice was worshiped.  Larger heiau were constructed by village chiefs for community services.  At times, heiau were reserved for the worship of aumakua, or guardian spirits.  If, for example, a boat were struck by a storm at sea the occupant saved by a friendly dolphin who towed the occupant to the nearest shore, the family would adopt dolphins as their aumakua.

When gods produced children, these were known as kupua, the Hawaiian word for demigod.  Kupua children had powers such as shape-changing, giant size, unerring accuracy with weapons, and influence with their parent deities.  Their presence encouraged the islanders to maintain a respectful attitude towards the gods at all times.

The village shamans were known as suru-hanas (herb doctors) and makanas (witch doctors).  The islanders were oblique in their dealings with these, avoiding direct acknowledgment of their profession and speaking of their needs or problems in a roundabout way.  The shamans, for their part, were quick to pick up the nuances of the conversational drift.

The Pacific gods were known to give enchanted weapons to those who pleased them; they were closely bound to their owners, and only an outright gift could transfer the spiritual power, or mana, along with the weapon.

The concept of mana refers to personal spiritual power.  Every individual had his or her mana, which could pass between individuals by various means of contact, as in touching, spitting or through sexual intercourse.  Strong or weak mana would be commented upon; the mana of an outsider would be studied and analyzed.  Chiefs wore a token of office made of a large hook, carved from the tooth of a sperm whale, mounted on a necklace of plaited human hair.  These were exceedingly precious to their owners, being associated with the taboo laws relating to head and hair.  In Samoa, ritual dancers wore a headpiece adorned with their ancestorsí hair, which passed down the generations acquiring more hair additions and, thus, more and more mana.

Unaware of the taboo system structuring the outwardly-simple lifestyle of the Pacific islanders, outsiders were unprepared for the intricacies of daily life there.  Religious ceremonies ran the gamut from simple family prayers to regional festivals lasting for weeks, to human sacrifices.

Life in the islands offered as much as it demanded.  Nevertheless, a sojourn in paradise was no simple matter.

Download the Original ‘The Pacific Mythos‘ article with classic stats and details for each god.

Margot Fernandez grew up in Guam, in the Pacific Islands, and graduated from high school in 1963, just about the time when fantasy literature was emerging.  She went to college at Northern Illinois University and taught high-school English for many years, and encountered Dungeons & Dragons among the activity groups at Southern High School.  She became the group’s advisor, then a player, and eventually began game-mastering. Today she lives in Costa Rica and devotes herself to writing about a few topics and kibitzing over the shoulders of those who are more active in role-playing games than she has the opportunity to do.

She has written professionally on the subjects of education, liberal Christianity and food, both cooking and nutrition. Her game setting The Pacific Mythos was written when she was an active player and Dungeon Master, and living in the Pacific Islands.  She studied the languages, cultural dance and languages of the Pacific Islands under the tutelage of the distinguished artist Francisco Rabon.