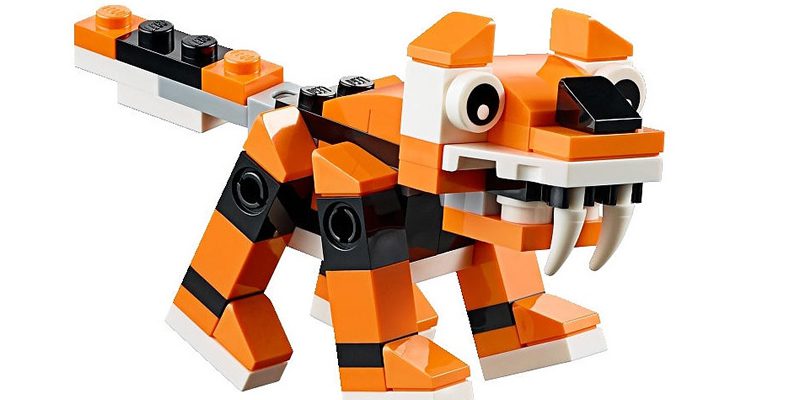 Building up a collection of LEGOs that can create any frame you can dream up takes quite a bit of time. Turning a single LEGO set into the best frame you can is a solid choice for getting started quickly, or just for challenging your creative juices. This week I challenged myself to build an entire army out of a single set, or at several copies of the same set.

For your consideration, I present the LEGO Creator Tiger: 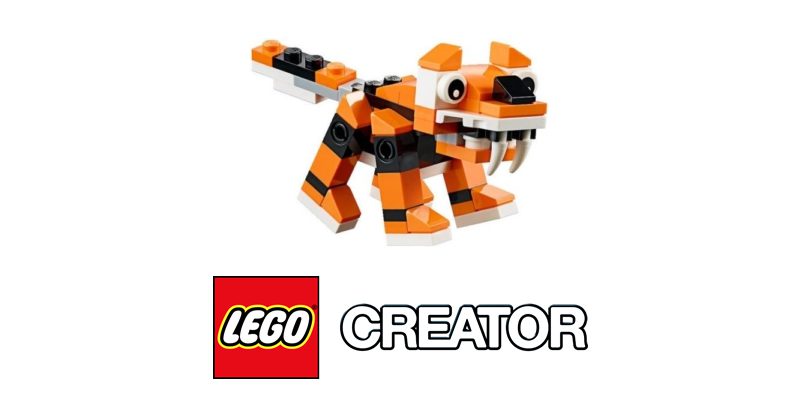 Small and unassuming, this kit is  a goldmine for a beginner frame designer. Lots of small pieces, uniform color, and a great price point makes this kit worth picking up if you would be interested in making an orange army. Four of these bad boys were the base for this experiment.

I picked up four of these kits, to make an army of four frames. To make things interesting, I dumped two sets each into a couple tubs and challenged my husband to a build-off. Two sets each gave us the ability to condense types of pieces that a single set only had one or two of. Trying to do this one set – one frame would have been a tougher challenge, but I think this created better results. We also went back through at the end for a round of revisions once all the frames were built to tighten up the models. 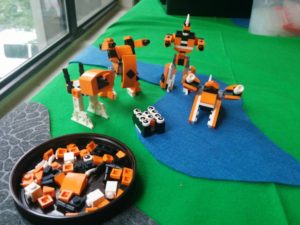 We managed to build four decent looking frames and an objective, but there won’t be any awards for design, and they lack any real ability to pose, but you can play a game with them. I feel the one thing we weren’t able to create from this set was a solid set of weaponry. Every frame has some offensive capability, but I’d like them to be easier to distinguish from the rest of the frame. 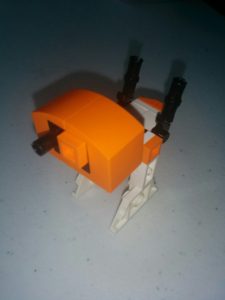 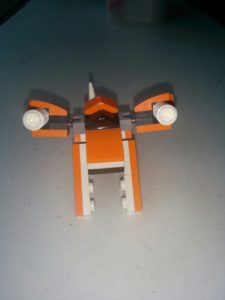 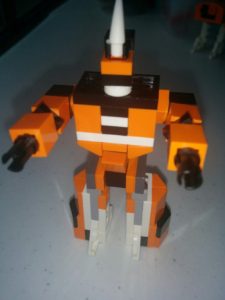 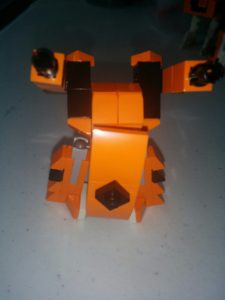 This was a really fun challenge. While you might not want to do a whole army (or maybe you do, I’m not going to judge), a single set challenge is a great way to flex your creative muscles. Hopefully, it’s provided you with some ideas on what you might like to build for your next game.

The Secret of Zir’an, Part 3