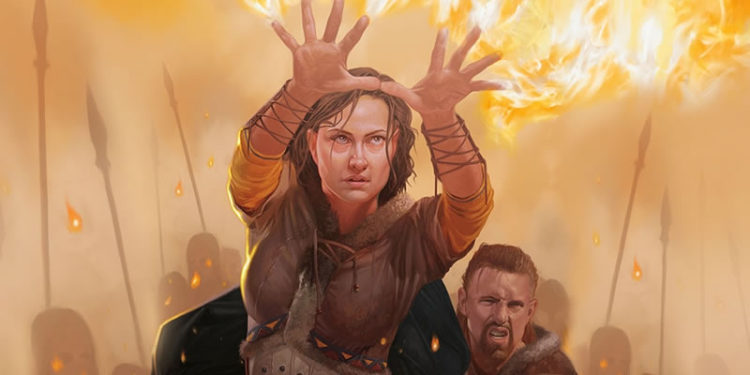 Today’s Unearthed Arcana might qualify as the bombshell of the whole run through the classes, with the exception of the time they released a new base class. There are two new warlock patrons, twenty-five new warlock invocations, and one new wizard tradition. That’s a pile of content to discuss, so I’m going to jump right in.

Up until reading this document, I would have said that the Blade Pact was the stand-in for the 3.5 hexblade base class and 4e hexblade warlock build. Mearls and Crawford have other plans, apparently, as this subclass treats a cosmically-mighty presumably-evil sentient weapon as the warlock’s patron. Which isn’t to say that the warlock receives one of these weapons, just that they’re bound to it.

In principle, you can pair the Hexblade Patron with any Pact you like. Hex Warrior doesn’t do anything remotely useful for the tome-lock or chain-lock playstyles, aside from boosting AC, and your Expanded Spells list is a firm nudge toward the blade pact, but still. Stylistically, though, I just have no idea what you’re doing if you choose anything other than the blade pact. Also, the blade pact is required for Lifedrinker and Thirsting Blade, and you need those if you’re going to be serious about melee. I assume Lifedrinker’s damage kicker stacks with Hex Warrior, anyway.

The mechanics here are compelling, but given my long history with the problems of the warlock class, for me this looks like a band-aid approach to a tourniquet problem. Everything that the Hexblade patron does right needs to be mapped backward to the other Patrons, and everything this does to fix the blade pact needs to still work for blade pacts made with other Patrons.

Farewell, friend, I was a thousand times more evil than thou!

This is a surprising inclusion in the document: a straightforward reference to the 4e Points of Light setting, nominally functional for every setting that has a Shadowfell. But then I don’t think it’s a stretch to call the Raven Queen the most popular piece of setting lore introduced in 4e, by a fair margin. Anyway, here she’s presented as a warlock patron of questionably deific status.

Thematically, this patron has got it going on. Everything here makes sense and suits what I’d expect from a death warlock. Mechanically, you’ve got to understand that (like the chain pact in general) this is minimal on combat throughput, and hyper-focused on the exploration pillar of gameplay. Plan to hang back and be a fairly conventional spellcaster, or get all the joy you can from being a trickster in social situations. Also, still play a chain pact warlock and get the imp familiar for the magic resistance trait.

I’m going to keep this fairly rapid-fire, because twenty-five invocations ain’t a joke. For the first time, we have a heavy use of invocations that are locked to particular patrons. Which pleases me, indirectly, since I did a lot of that in my series on the fey.

There’s a lot of interesting ideas in these invocations, but the crippling problems of the warlock being the best class to take for two levels and leave is only exacerbated here. The problem is that many flavors of warlock carve out a compelling playstyle at 2nd level, but everything else you need for that playstyle is found somewhere else, like bard, paladin, or sorcerer. Further, the warlock’s interesting features drop off sharply after 10th level. The greater focus on lore is excellent; the more intensive use of prerequisites is worrying. Anything that makes eldritch blast spamming more powerful without adding more decision points during the action is thumbs-down with me.

Finally, we have a new Arcane Tradition, called Lore Mastery. We’ve seen a few attempts at this concept in the past; I think there was a Generalist in one of the D&D Next documents, and maybe in one of the early UAs? I don’t remember and I’m not going to hunt it down right now. Anyway, this tradition is all about bringing some pseudo-metamagic into the wizard class. The theme of this class could be summarized as “the wizard-iest wizard that ever was.”

The story of the Lore Mastery tradition is right up my alley, and I like about half of its mechanics. The other half require the player to go deep on memorizing rules minutiae, in a way that 5e has otherwise avoided. (This is why you don’t see features to hot-swap feats, for example.) I hope they do release this one in a refined form in the future, though, because I would be all about it. Until then, Divination is the best fit for the theme.

Overall, this week’s UA is one of the most content-dense documents we’ve seen since… probably the last Mystic update? There are a ton of exciting ideas here, but I’m not sold on all of them. I know they resolve multiclassing issues in a later pass than most UA documents are on at release, though, so I’m hopeful that everything will be amazing in its final form. While we’re on the topic, though, I also hope that the warlock gets a deep re-examination once the ranger is out of playtesting and into an official product.