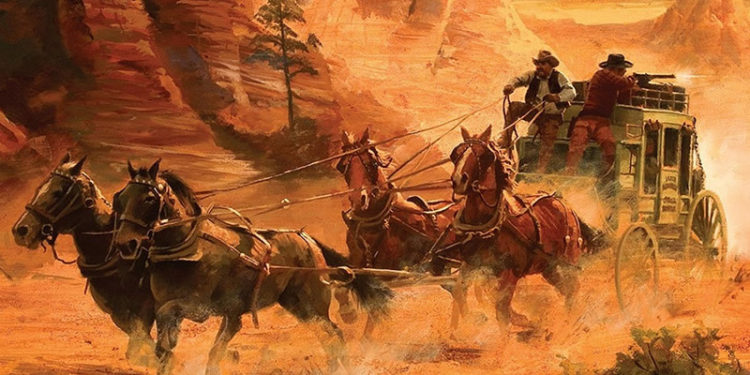 This week we have the conclusion from Dale Easterling that looks at running a Wild West campaign for D&D 5e.

In the previous installment of the Frontier 5e Campaign Setting overview, I went into detail covering my homebrew mechanics for gambling, drinking, mass combat, and more. And now the conclusion of the review, with a bestiary sample, notes on poison and disease, and a preview of the inaugural Frontier campaign module – Dead Man’s Hand.

The life of the pioneer is as difficult as it is dangerous, and as potentially rewarding as it is beautiful. Besides the constant struggle against nature and the wide-open terrain, there are also wild animals and often wilder people to contend with.

The West is teeming with life and creatures of every form. From herds of bison on the plains to packs of wolves in the forest, the frontier can be an inspiring and dangerous place.

The following list of creatures can be found in Appendix A of the Monster Manual. They are listed here as an index and table for potential random encounters.

The Bison
One of the most iconic creatures to be found in the West is the massive bison, also called the buffalo by many. Bison are generally peaceful grazers, though they have been known to defend themselves fiercely and cause great destruction with their stampedes.

Nonheroic characters include everything from professional workers to petty criminals, law officers to native scouts. They lack the inclination or training to be heroes, but they are capable in their own fields. Skilled craftsmen, educated professors, and hard-working miners are all nonheroic characters, as is the local governor, the self-serving snake-oil salesman, and the gun-toting outlaw troublemaker.

The following list of creatures can be found in Appendix B of the Monster Manual as well as the Frontier Campaign Setting. Two are listed here, as well as a table for potential random encounters.

Threats in the West don’t always come from bullets and arrows. Often it is the unseen that poses the most danger. Many creatures are venomous, able to kill a grown man with a single bite or sting. Harsh climates and crowded boomtowns foster diseases and ailments that cause boils, aches, or death. Treating these ailments is unfortunately both difficult and uncommon, and those who are capable of doing so come in high demand.

Characters of the Healer class can use their Healer’s Touch ability to treat poisons or diseases. Poisons and diseases have a certain number of Cure Points. These afflictions require healing equal to their Cure Points in order to be cured.

For example, Rattlesnake Venom has 10 Cure Points. It would then require 10 points of healing from the Healer’s Touch ability, spread out over multiple rounds, in order to cure it. If an affliction is partially cured but is left untreated for more than 1 minute (for poisons) or 1 day (for diseases), any progress toward curing the affliction is lost.

Arsenic (Ingested). This is a deadly poison administered in pill or liquid form. A creature subjected to this poison must succeed on a DC 15 Constitution saving throw, taking 1 Constitution ability damage every round. The creature can repeat the saving throw at the end of each of its turns, ending the effects on itself on a success.

Scorpion Sting (Injury). This poison is delivered by or extracted from scorpions. A creature subjected to this poison must succeed on a DC 12 Constitution saving throw or be poisoned for 1 minute. The poisoned creature is paralyzed and suffers 1 Dexterity ability damage per round. The creature can repeat the saving throw at the end of each of its turns, ending the effects on itself on a success.

When a character comes into contact with a diseased person, object, or hazard – such as fetid water or the home of a diseased person, they must make a Constitution save. The DC is dependent on the disease in question. Diseases take a certain number of days to manifest before any effects are suffered, listed until the Manifest column.

If a disease is treated with a Healer’s Healing Touch ability, one level of exhaustion is immediately recovered. The remaining levels, if any, must either recover naturally or be treated daily (at a maximum of 1 level per day).

For information on current products, developments, and new releases, please follow BTD Press at any of the following sites:

Thank you for reading and following along! 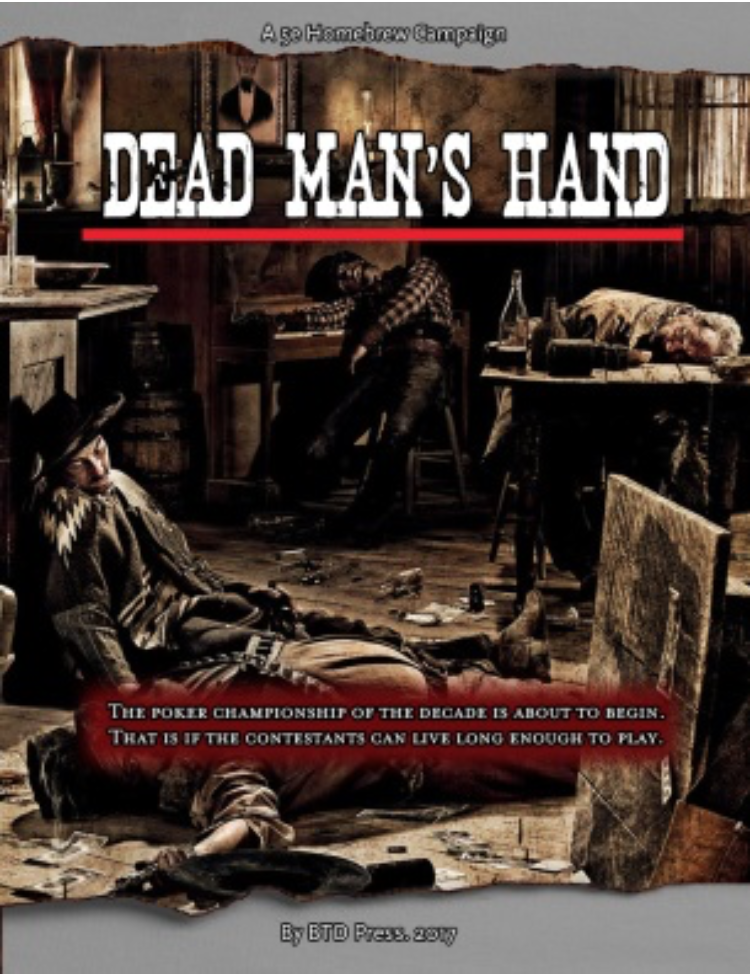 Dakota Territory. 1872.
The gold that once birthed the boomtown of Red Gulch has begun to dry out. To keep pioneers in the city and invite in more, Mayor Ellis has called for a poker tournament with stakes too high for folks to pass up. On the second night of the tournament, however, a tavern girl screams as her drunken patron slumps over with a knife in his back. Over time, more and more residents and visitors – many of them participants in the tournament – end up six feet under. Can the remaining players and curious bystanders solve the mystery of Red Gulch before it’s too late?

ABOUT THE GUEST AUTHOR

Dale Easterling has been writing for nearly two decades and gaming for one. In 2015 he converged the two, writing and adapting campaign settings, storylines, and other supplements. His work can be found at: http://fedorable1.wixsite.com/btdpress

What we can learn from the MegaMan ...