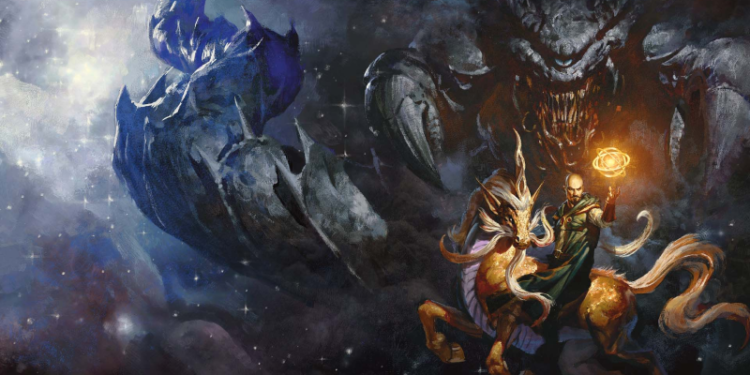 It’s been several weeks, but I’m finally coming back to this series—which isn’t to say that we’re finishing today. No, we’re finishing just the player races today, from sea elves to yuan-ti.

Naturally, we here at Under the Seas of Vodari HQ watch this one with intense interest.

The biggest surprise here, such as it is, would be the cold resistance replacing weapon proficiencies you were absolutely not using. It’s a clear upgrade in power, bringing them probably to the middle of the pack.

Shadowfellves! A lot less pain-cult-y than they have been in previous iterations, and I’m just enough off an edgelord to miss that. It helps that 4e (and then Critical Role) presented the Raven Queen as Mostly Pretty Chill.

The only change here is Blessing of the Raven Queen jumping from 1/long rest to PB/long rest. I’ll be thinking hard about a shadar-kai next time I start a skirmisher or defender.

This is the signal that shifters are moving out of Eberron and into the multiverse.

Oh, they let the dogs out! Mystery solved.

Very little net difference here other than the frequency of shifting. I think it’s a great example of how the game will now let you exhaust all of your power for the day a lot faster, opening the door a lot more to a 60-second adventuring day without introducing any additional support for time pressure. Trusting players not to ruin their own fun is… a thing we learned not to do, the hard way, and we’ve had to re-learn that for every individual gaming medium.

I like that the most dog-like player race and the cat people are on facing pages here. I like even more that noted sphynx-cat-minion Dan Dillon got a reference to Archibald into the tabaxi lore here, not found in the VGTM text. (I don’t actually know if that’s what happened, but if it wasn’t, it should be.)

Minor tweaks here overall. My only issue is that they haven’t changed it more.

You too can be a Hero on the Half-Shell! I’m sorry they don’t get special boosts from eating pizza. Also worth noting – the unusually short lifespan of the tortle doesn’t get a mention here. They’ve presumably moved to a standard lifespan.

The tortle just… isn’t my deal, I guess. If I were to play one, I’d probably go for a druid, but man. Its features are doing you very few favors.

Different backstory from water genasi, but each one’s story would still be perfectly fine if they swapped racial features. I’m not really sure if that’s good or bad–there’s just more than one way to express “water people that aren’t elves.”

Emissary of the Depths picking up communication with Elementals and Monstrosities is nice; permission to spend spell slots on your racial spells is nice. They’re both very small changes overall. I would really like to see a setting (uh, other than the one I’m in the credits for, I hope that’s obvious) do a lot with tritons and make them an exciting part of play, because I haven’t seen that happen yet.

I very much like the change away from Poison Immunity, enough that any quibbles I have with other changes are irrelevant.

From here on out in this series, it’ll be all Bestiary, all the time. I don’t yet know what level of detail I’ll be giving you, but some of the named creatures in particular call for significant study and commentary. Thanks for coming with me on this three-part journey through Chapter 1: Fantastical Races.

Hasbro to Acquire D&D Beyond from Fandom