Are you switching from Pathfinder to D&D 5e? 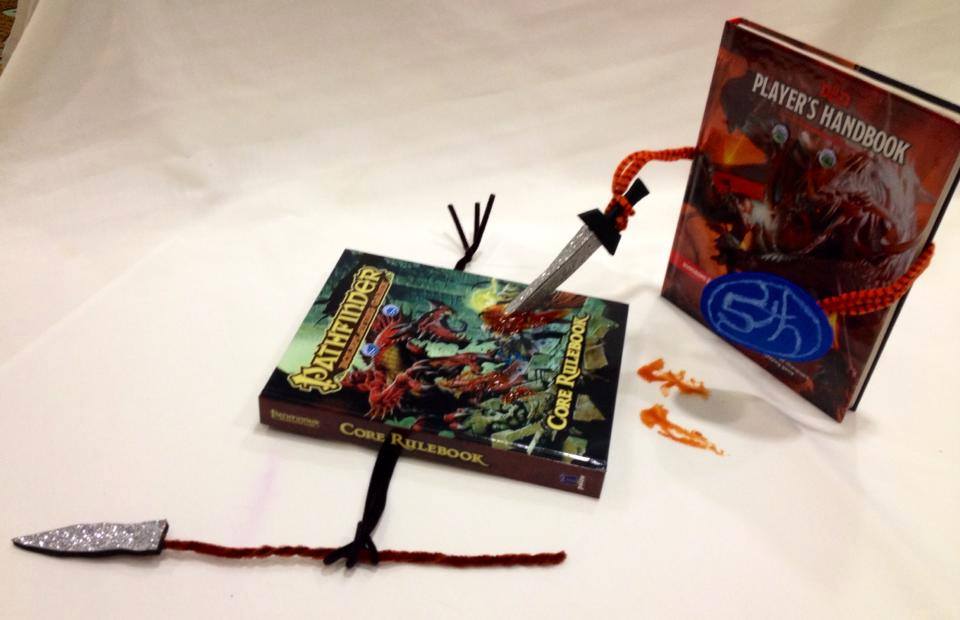 I have seen a lot of people jumping over to D&D 5th edition.  Really, trust me, it’s A Lot!  I got this crazy funny picture of a book stabbing another book. I also did this scientific analysis: I saw a guy wearing a Pathfinder shirt at a D&D Adventure League event, and he was playing D&D. That confirmed it.

Some will say that there were disenfranchised gamers because of D&D 4th edition, and that is why they are playing Pathfinder.  But times change, and with the new found popularity of D&D 5th Edition, some Pathfinder players are starting to test out this new D&D version. But there is a problem with that.

Here is the problem that I see happening, there is a lot of material that has been created by Paizo, and others for Pathfinder (PF).  People think if they switch, then all those adventures and monsters will go to “waste.”

Actually, I don’t think the adventures will go to waste.  Neither does everything else that was written for the past 30+ years for D&D is going to go to waste. The plan that I’ve heard is that the Dungeon Master’s Guide (DMG) will have conversion rules for all the past D&D editions. Sweet!

I actually think that the adventure modules can be taken, and then played very quickly and easily.  I could probably just run one of these adventures on the fly. But wouldn’t it be nice to actually prepare a little more as a DM, keep the flavor of the monsters and their powers, and convert some of the encounters over. Maybe I’m not going to do it 100% correctly, and the DMG will have official conversion rules.  But here is what I do to convert Pathfinder to D&D5e right now:

It’s not a science, but running the adventure should not be difficult. I don’t think you should complicate these things, and create templates and mathematical formula, because a lot of times you can just wing it.  This is supposed to be fun, even for the DM, and these two systems are still D&D after all.

Check out even more at: Facebook D&D 5th Edition Group