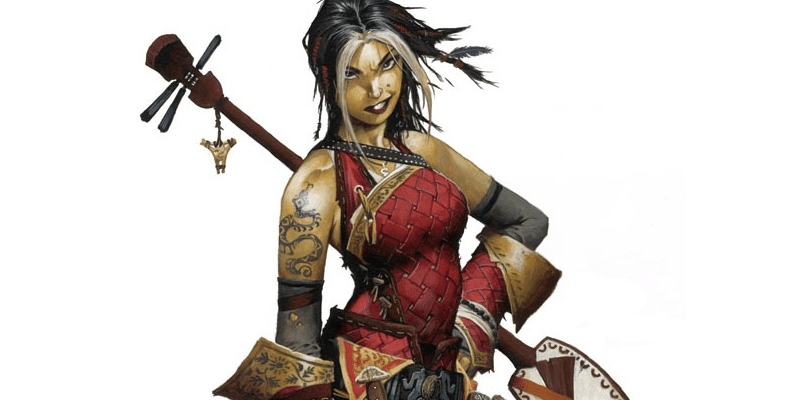 Welcome back to my ongoing eccentricity obsession series about the Bard class. This time, I’ll be talking about Fourth Edition. I suspect that some percentage of my readers, devilishly attractive lot that they are, despise all things related to Fourth Edition as the work of the unbeliever, while others praise it with the voices of angels, et cetera; this isn’t the place for an edition war, and let’s leave it at that. Within its context, the 4e Bard is objectively better than earlier versions of the Bard are within their own context.

I don’t want to harp on this, but the 4e bard plays second fiddle to no one. If I had to piccolo point of the 4e iteration, though, I’d say that marching to the drum of the Arcane Leader role means that it doesn’t feel like a fighter/rogue/(some species of spellcaster) quite as much anymore. What has come down the pipes instead is a very close cousin to the Warlord – it shares more of the Warlord’s emphasis on movement and setting up enemies as healing piñatas than other Leader classes do. Accordionly, the player in my long-term 4e campaign that played the bard chose that class right after we canceled the campaign before it, where he’d been playing a warlord. Probably the biggest difference between the two is that the Bard can justify teleportation, and the Warlord can’t.

Shofar, I haven’t gotten into specifics. Time for me to change my tune:

Anyway, that’s it for class features. Everything else is spells (as an arcane class, all of a bard’s powers are called spells, no matter how the flavor works out). The builds more or less favor wands, melee weapons, and bows separately, but there’s not any treble in primarily taking melee or bow powers and dabbling in wand powers – the Bard doesn’t have any of the split-stat mess that shows up in the Cleric, Paladin, and Warlock, and to a lesser extent the Ranger.

While songs, poems, and stories remain the bass for bardic magic, the tone of the 4e bard’s spells goes some very different places than 3.x’s did. The 3.x bard couldn’t find fire, cold, or lightning damage in a volcanic snow-and-lightning storm, is what I’m saying, while the 4e bard embraces its Arcane source and offers a smattering of fire, cold, and lightning effects. This shift in tone is kind of a big deal, and I think it’s another dividing line between people who liked 4e and people who didn’t – do you demand that bardic magic be subtle, or are you okay with big, obvious particle-effect spells? I tend to favor subtlety in bardic magic, but I’d be a lyre if I said I didn’t love some of the cosmological implications of bards tapping into arcane weather control with things like tune of ice and wind. To me, it hearkens back to the 1e Bard, sort of extruding druidic theme through an arcane filter.

We are, of chorus, not done with 4e. The Essentials line of books revamped all of the classes with a new build or series of builds that played a bit more like their iterations in earlier editions. Often this involves primarily making basic attacks passively modified by stances, rather than having distinct at-will attacks. In the case of the Bard, the new build in Heroes of the Feywild is called the Skald, though it really doesn’t have much to do with, you know, skalds.

The section on bards starts by breaking out of the combat-focused mold a bit, with things that are phrased a lot like moves in Dungeon World, though even more than that they’re the clear precursors of Traits in 5e’s Backgrounds. I like that there are five options, of which you initially choose two, and eventually expand to a total of four; it suggests to me that you’re shaping this individual bard’s place in society, and multiple outcomes were on the table because not all bards are treated the same. I might have considered going yet a step further and attaching these benefits to the Bardic Colleges that got so little exposition back in 1e.

Skalds kind of invert a lot of the way the other Bard builds work, to get in line with Essentials mechanically.

Iamb not equal to the task of crunching all of the bard spells listed in Heroes of the Feywild to see how they match up to those in other books. They pick up the Feywild theme that you’d expect from the book’s title, and I like seeing that emphasis. Mechanically, it’s also interesting to see some of the bonuses parsed as dice adds rather than flat adds – this too is something that has carried forward into 5e’s design, and for that matter has been received pretty well.

All in all, the 4e bard continues the evolutionary trajectory of 3.x by strengthening the bard’s position among healers. Here we finally see that the Bard can be all the fighter-mage anyone has ever wanted, as long as you want that in a Leader package rather than a Defender (for which we have the excellent Swordmage class) or a Striker (good luck, friend; Avenger is the closest you’re getting). From what I saw, the Bard is a huge amount of fun to play in 4e, and is a great team player. The high magic/low subtlety of 4e looks a little weird in a bard’s hands, much as it does in the paladin’s, if you’re accustomed to those classes treating magic as a sometimes food. That element also clearly informs the 5e bard… but I’ll leave that for next time.