“The Tales of the Emerald Serpent” Anthology: “Between” by Todd Lockwood 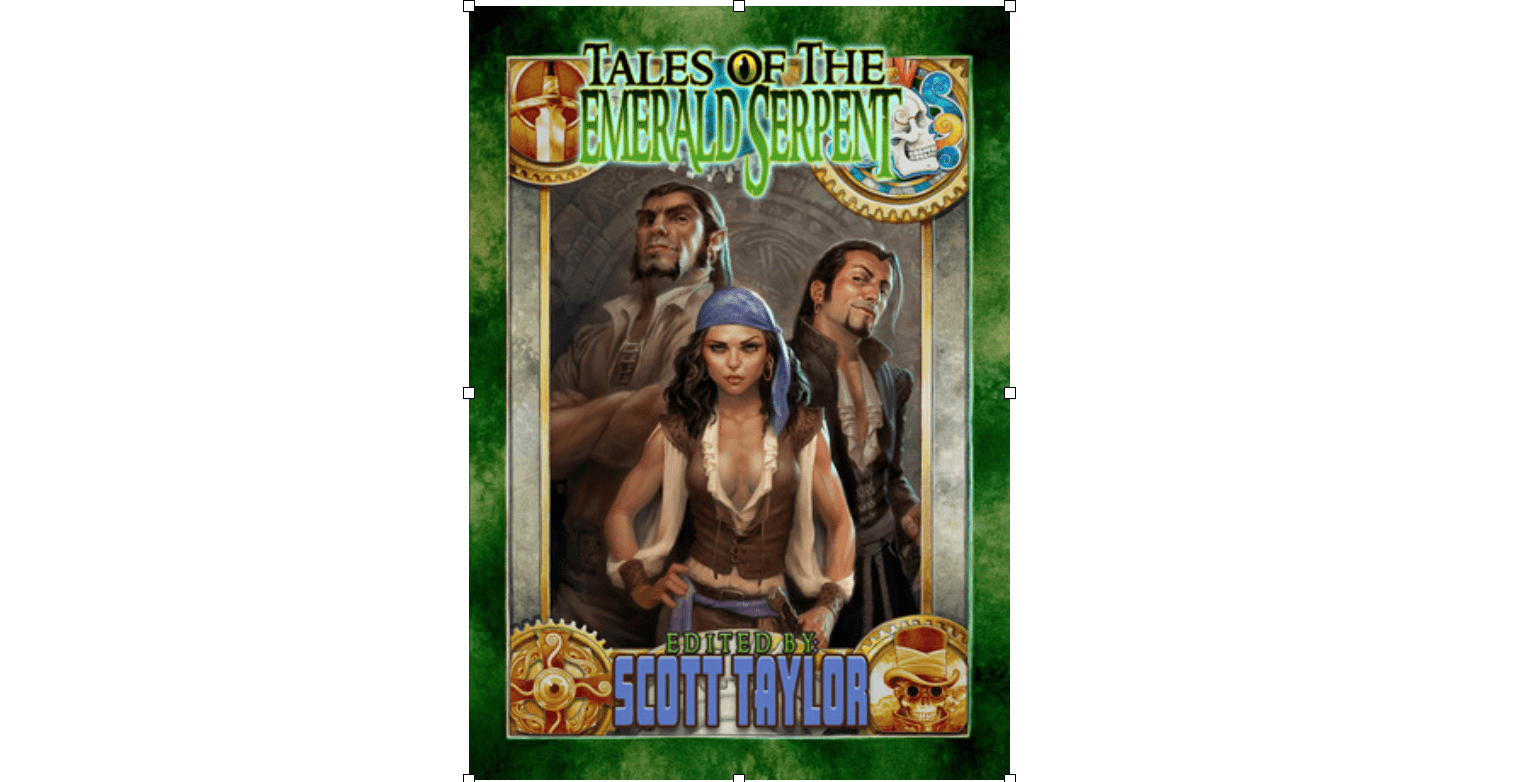 I’m a writer. What I mean by that is that I’m not an artist. I’ve taken some drawing classes and feel I can appreciate art when I see it, but it takes an exceptional artist to grab my attention and a truly unique one to make me gush.

Todd Lockwood is that artist.

If you’re reading this site you’re probably a gamer, and if you’re a gamer, you’ve seen Todd’s work–from the industry-altering 3rd edition D&D to gaming powerhouse Magic the Gathering. Even if you aren’t a gamer, you’re a reader and Todd has produced some of the most dynamic, intricate, and stunning fantasy covers of the last decade. So why am I talking about an artist in a book review?

I stopped by Todd’s booth at this year’s San Diego Comic Con and noticed that he’d done the cover on the new Tales of the Emerald Serpent anthology, edited by Scott Taylor. Like many old-schoolers, I was a huge fan of Robert Lynn Asprin’s Thieves’ World anthology and have been hurting for a series to scratch that itch ever since. What pushed me over the edge to pick up ‘yet another’ book to add to my To-Read shelf was that Todd had not only produced artwork for the project, he was a contributor. I had to see if he was as talented a writer as he was an artist.

The stories in “Tales of the Emerald Serpent” take place in the city of Taux. Though there is little introduction to the world in which Taux exists, I appreciated the sense that I had been dropped into a living world that I had to experience first hand.

“Between” opens on a woman named Torrent (pictured on the anthology cover), a human from a race known as the Corsairs, newly out of work and passing time gambling in the Emerald Serpent. When we meet her, she’s betting a powerfully built regular that she can best him in an arm-wrestling competition. It’s here that we learn Torrent possesses a subtle magic–she can manipulate water. I say subtle because she can’t summon elementals, or topple ships with tidal waves. In fact her powers are limited to the likes of chilling tankards. That’s where her “friend” Savino comes in, offering her access to a gem that will enhance her abilities in exchange for helping him escape a duel he’ll most assuredly lose.

Todd Lockwood is a storyteller, whether through art or prose, and the evidence is clear in “Between.” His strength is in his artist’s eye, offering beautiful description beside precise characterization. In a previous life I was a marine biologist and my appreciation for aquatic elements in stories is well documented; an appreciation that is rarely satisfied, I might add. When Torrent connects with the gem near Taux’s bay, the description of her link to the water brings depth, not only to the story, but to the magics that lay behind the city itself. I wanted to know more about the watery world Torrent glimpsed and I hope Todd gets the chance to take us there again.

Want to know more about Todd? He talks to us about gaming, art, prose, and more here.

Additional praise for “Between” by Todd Lockwood.

“The big surprise for me was artist Todd Lockwood, who contributes the story “Between.” Todd labored under the constraints of having to tie his tale directly into two other stories, but he does an admirable job. More importantly, his character of Torrent (the woman pictured center on the cover above) is marvelous–he can really write character–and I hope he gets to write about her again. Lockwood has long been regarded as one of the top illustrators of our genre, but I suspect, with his recent novel sale to DAW, that he will soon have a reputation as a writer as well.”