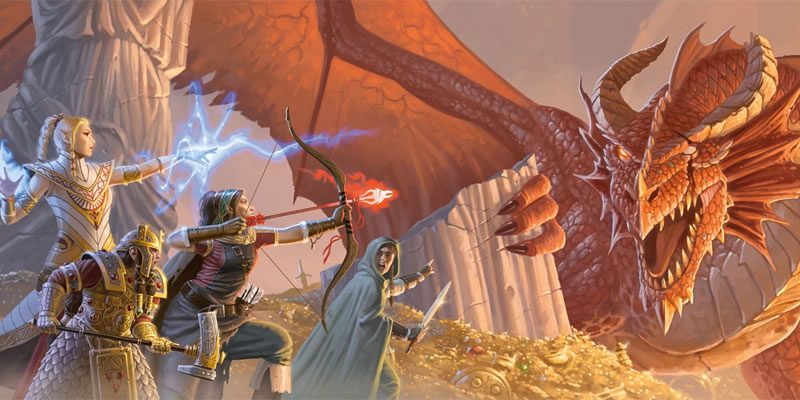 In recent days, the DM’s Screen for D&D 5th Edition has been released and this has brought up some interesting discussions around my tables. Over my D&D career, I’ve played with dozens of Dungeon Masters of both sexes. Some were experienced, some were green, others were comfortable in the big chair, and some were not. Regardless of their disposition, I have found the debate over using, or not using, a DM’s screen to be a topic on which many people have a strong opinion. Some say it’s a prop that allows the DM to separate themselves from the rest of players and thus gives them an air of superiority and mystery; others say that it’s tool the DM can use to keep their notes, numbers, maps, and other various items out of sight and private; and there are others who say the DM’s screen is nothing but an excuse for the DM to fudge rolls, change outcomes on the fly, and cut down on PC-DM interaction. I say that all of these people are correct and for both good and bad reasons. 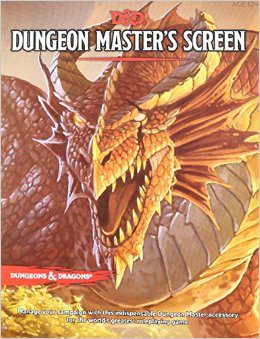 Firstly, let’s have a look at the positive outcomes a DM’s screen can bring to the table:

Each of these four positive points have a common theme, they allow the DM to improve the game. Just as an actor relies on the curtain and the wings of a theatre to conceal the sets, rigging, lights, and the backstage from the audience, a screen conceals what the DM wants/needs to keep hidden from the players. Granted, some DMs abuse this privilege and can use the screen as an excuse for all sorts of unnecessary things. However, a good DM knows that D&D, just like good theatre, requires a bit of concealment and the screen helps to accomplish this task.

I also like to think that screens create a positive mental block for both the players and the DM. From the player’s perspective, the screen suggests that the DM is a figure of authority and thus deserves a certain amount of respect and attention. From the DM’s perspective, the screen allows the DM to remain a bit separated from the players and keeps him or her more focused on the story and the tasks that need to be performed. It should also suggest to the DM that they are an entity much different from the players and need to keep a certain emotional distance and impartiality.

Now here are some of the potential negative outcomes:

Speaking from personal experience, I can assure you that a screen can most certainly become a distraction. I’m sure that many of you have experienced the situation where you go, “Oh, I need to know something!” and you go and look at your screen because you are “pretty sure it’s on here somewhere” but after a few minutes of skimming the screen over, you give up and decide to take the thirty seconds you need to find it in the PHB or DMG. Am I right?!?

I’ve also witnessed firsthand the DM who gets a little too drunk with power and decides to use the screen as their personal playhouse. Suddenly, some players are allowed to look at things behind the screen while others are not or the DM will look at something he’s hiding behind the screen, look at a player or player and laugh out loud. And sure I get it, sometimes these situations can be necessary or humorous and maybe the DM is just trying to shake things up a bit or put players on edge. I’m fine with any of those outcomes. My issue arises when the DM begins to do this to punish or favor players. That’s a big no-no in my book.

Additionally, I know that new players can be intimidated by a screen and feel like they shouldn’t ask too many questions or bother the DM too much. They might also lose a bit of their connection to the DM during roleplaying. I personally combat this problem in several ways. I like to keep in constant contact with new players by asking questions and offering suggestions to them frequently. I also tend to stand up and walk around a few times a session, especially during roleplaying bits. I find that this allows me to both have a screen and keep a better connection to my players. It also affords me the opportunity to stretch my legs!

So here is my ultimate answer to the whole DM screen question: Yes, I like having a screen. Does it cause problems from time-to-time? Absolutely it does, but what doesn’t? And I find that the benefits far outweigh the burdens on both a practical and a psychological level. In my opinion, a DM often needs to be a bit detached from the rest of the group. After all, they are responsible for being an impartial judge with the power to both save and kill players in a moment’s notice. That job can be hard enough without a bit of personal space and separation from the players. I also want to sneak in one more positive aspect that a screen brings to the table: the artwork. Regardless if you feel a DM’s screen is worthy or unworthy of your play space, I’m always happy to see the fantastic vistas the various artists have created and I’m sure many of my players are as well.

What do you think about using a DM’s screen? Please comment below!

“The Tales of the Emerald Serpent” Anthology: ...