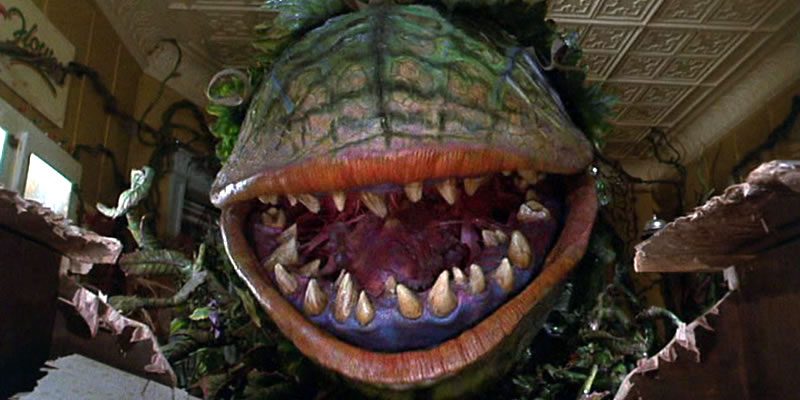 Last week I wrote about Monsters & Traps for a D&D 5e Jungle Adventure. An interesting bit of feedback I received on Facebook was that I missed Carnivorous Plant. To update Carnivorous Plant for D&D 5e, I could just use Vine Blight, Roper or Shambling Mound, but I wanted something that was relatively stationary with a challenge rating around 2. The D&D 5th edition Monster Manual does not have such a creature, so I had to look around for ideas and build my own. One Carnivorous Plant presents a tough challenge at low levels or a challenging trap like encounter for higher level PCs with a group of these plants surprising them.

Challenge Rating: 2 | Homebrew
The Carnivorous Plant is a type of living foliage that look like a giant plant. Its head resembles a giant Venus Fly Trap with teeth, but is reddish-purple in color and it has 2 long, arm-like tendrils. This deadly plant remains motionless until it detects a creature within range using its Tremorsense or Blindsight.

The Carnivorous Plant above can be made harder by adding more tendrils, more hit dice, acidic touch or converting it into a gargantuan plant. 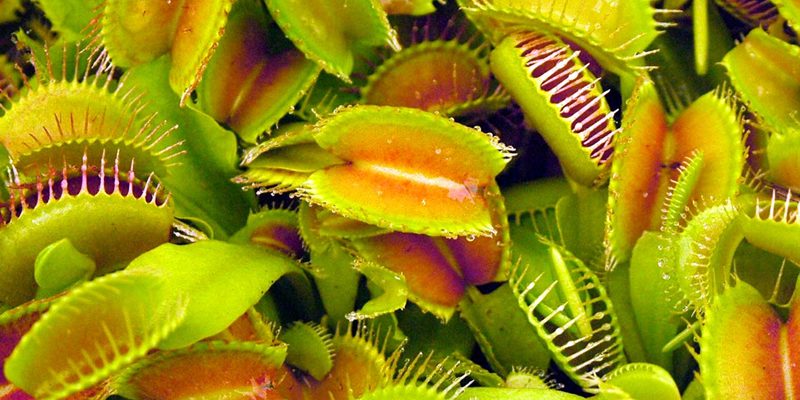 Some other plant monsters I found were Assassin Vine, Bloodsipper, Hunting Cactus, Violet Fungus and Shriekers, Topiary Bushes, Tendriculos, the psionic Udoroot and Wolf in Sheep’s Clothing. There is also a race of playable plant people called the Stranglethorns.

Looking for more monsters? Check out my series of Monsters by environment.