4 Simple Steps to Creating a Campaign 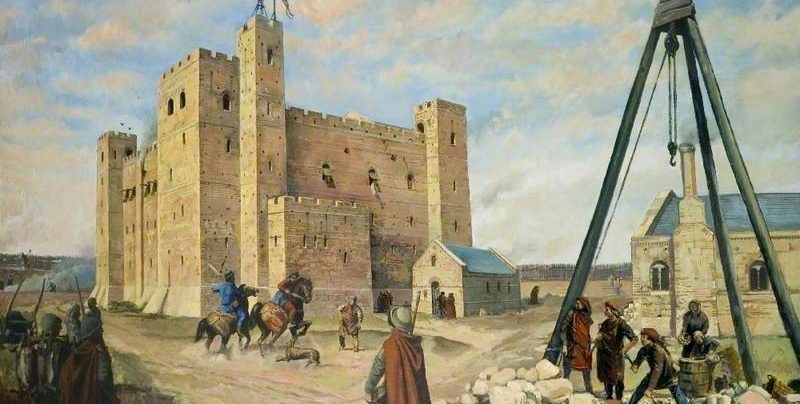 “How do I create my own campaign?” is a question that gets asked a lot by both players and new DMs alike. Unfortunately, the answer is as varied as their creators. Some DMs like to start with a story, others like to start with a problem that must be solved, others still will start with a villain and work out from there, and so on. There’s really no right or wrong answer other than to say, “whatever works for you”.

However, if you’d like a bit of insight as to how my personal method goes, what follows are four simple steps I follow to create many of my home-brewed campaigns. For reference, I will use an example of a campaign I wrapped up just a few months ago.

Once I had that in mind, I had to come up with a story or plotline. Sometimes I borrow from books, or television, or theatre, or movies, or even other games, but this time I decided to go with an old idea I had kicking around in my head for years. I wanted the players to be pirates. It really didn’t matter what they choose for races or classes, so long as they wanted to be pirates. More specifically, I wanted them to be pirates in the Forgotten Realms and in the Sea of Fallen Stars. (Incidentally, this is a location I have used often in my DM career.)

Now I decided to get to work on the plotline. And, in my opinion, it’s not good enough to say, “The characters will be pirates who are going to sail around and fight other pirates”. That’s just plain lazy and that kind of attitude will lead to huge DM issues down the road. Instead, I decided I wanted something epic to be brewing so I went to an old Forgotten Realms friend: The Red Wizards of Thay.

I decided that the Red Wizards would have an alliance growing with a few high-level pirates and this alliance would lead to a fundamental power shift. This agreement would state that the Red Wizards would wipe out all of the other pirate captains, leaving only a few pirate lords in total control of the sea and unimaginably wealthy, in exchange for ownership of the Pirate Isles. With the Pirate Isles under their control, the Red Wizards would be able to strategically launch invasions of all of the other countries ringed around the Sea of Fallen Stars. Needless to say, these were pretty high stakes and that was exactly what I was after.

It would also mean that the pirates deemed unworthy to live would be forced to fight back against both the invading Red Wizards and the few high-level pirate lords that sold them out in the first place. In my opinion, that’s pretty good fodder for both roleplaying and combat opportunities.

Next, I usually do some sort of rough outline that gives me a general idea of how I want the campaign to unfold. This is done by creating a set of story points, or guide markers, that I want to hit as the story progresses. By only creating individual events that I want to see happen instead of plotting the whole story, I leave a lot of room for the players to improvise and go on random tangents without bending the main story out of shape.

Looking at this pirate campaign specifically, I had an outline that went something like this:

That’s essentially all I needed to keep me on track. Everything else that happens on the side, as a random event, or in a tangent is elaborate scenery. So long as I can eventually get the group back on one of these plot points, I’m good.

My fourth and final step to planning a campaign is the creation of the NPCs that will be needed. This includes both friends and foes for the PCs. This is also the point where I refine who the real villain of the story is and who will stay true to the players.

In the pirate campaign, I wanted a few memorable NPCs that they players could both roleplay with and do battle against. I needed a pirate captain to rescue and mentor the players, I also wanted that pirate captain to have a capable first mate and counter point. Then I needed several powerful NPCs to represent the pirate lords, especially someone special to be the final baddie (he actually ended up being an Ancient Green Dragon in disguise). Lastly, I wanted to put a few Red Wizards in play to demonstrate how dangerous and serious a foe they could be.

In the final analysis, who these NPCs are and what they do are completely in the DM’s hands. I would encourage all of you out there to never throw away an opportunity to make an NPC great because they are the best way to convey your story and also the most powerful tool that you have to keep your players engaged.

In summary, a home-brew campaign can be as simple or as complex as you want to create. If this is your first time making an original adventure, I suggest that you start small, stay very focused, and be patient. Your first attempt or attempts are not always going to be as great or run as smoothly as you imagine. On the other hand, if you’ve made a few in the past and are looking to branch out, I suggest that you follow the old saying “go big or go home”. Players quite often want to be a part of something huge, especially once their characters reach the upper levels. Think epic and do your best to deliver.