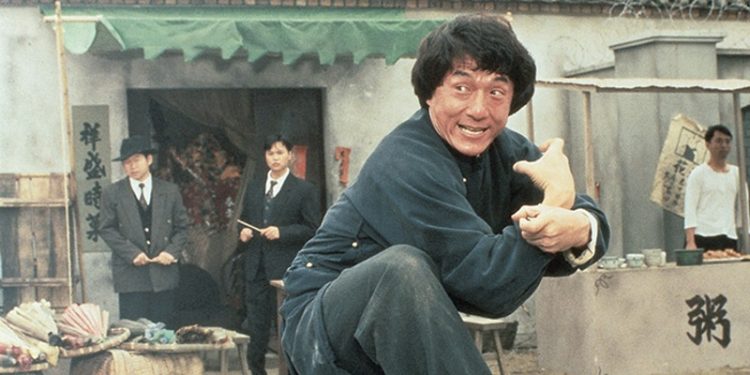 At the request of a reader, this article in the History of the Monk offers an overview of the monk-friendly prestige classes of 3.x D&D. In the interest of keeping this manageable, I’m really only addressing 3.5; just about everything from 3.0 was updated at some point, and I don’t think the rules tweaks that got them there are going to be interesting enough for my time or yours. These are in no particular order, except maybe some semblance of publication order.

The Shadowdancer was, to me, one of those classes that is cinematic and exciting, but it’s not at all obvious which core classes feed into it. It doesn’t grant any of the critical damage-increasing mechanics for rogues or monks, it’s a sharp tonal shift for anyone who got this far as a ranger, and while its skills scream “bard,” its features don’t boost a bard’s melee capabilities nearly enough to sell it or make up for the absence of spell progression.

So yeah, this prestige class is all about mobility and defenses, with a huge cost in offensive ability for literally any base class. Personally, I think Shadow Jump should be offered as a rogue special and an optional monk feature, maybe as the more ninja-like alternative to Abundant Step. In short, I am not sure the Shadowdancer is a good choice for any class, and certainly not the monk or rogue. It’s the only decent fit for monks in the whole of the 3.5 DMG, though. (Okay, I guess you could do a monk/assassin somehow to build a ninja’s ninja, but I’ve already covered the 3.5 assassin in way more depth elsewhere.)

This prestige class comes from Complete Warrior, and it’s about as good-faith an effort to present “the Jackie Chan one” as I could ask for. If you’ve been reading my work here on Tribality for at least the last several months, you may recall that I had some not-entirely­-complimentary things to say about the presentation of Drunken Masters in D&D. Well, this… is a lot less bad than I had remembered. It’s Jackie Chan action comedy, all right.

Overall, this class is kind of doing two barely-related things: alcohol magic and action comedy. I’m way more interested in the latter than the former, because ha ha, yer dude is drunk 26 hours a day is not a joke or character note that stays interesting for ten levels of play to me. All told, though, I don’t hate this, I’m just leery of its premise in the hands of some players. For the most part, you’re probably better off in terms of overall power if you stick with monk, but I’d have to do a lot of math to feel confident of that, and… I’m not gonna. I also just want to emphasize what a mess round-by-round ability score tradeoffs are.

The Tattooed Monk is, for the most part, a monk who wasn’t getting enough weird abilities from their class, and decided that the solution was to chase an a la carte collection of supernatural and spell-like abilities, all stored in tattoos. The flavor text talks about this order being more rural or wild than others, and divided between worldly and ascetic monks, while the mechanics present something more about beast, plant, and landscape tattoos as a source of power. The much less disciplined, monastic tone is a lot cooler to me – I mean, I’ve watched Moana, and this is a perfectly good presentation for Maui sans fishhook. (The Tattooed Monk does not require ranks in Swim.)

The Tattooed Monk is a great showcase of what the monk could be, but it’s stored in the awkwardness of a prestige class, and there are a lot of filler options that are minor-to-modest bonuses to this or that – enough to write down on your character sheet, probably not enough to feel like you’re actually great at that thing. I dunno, I’ve become quite enchanted with 5e’s far less mathy style. I can’t fully engage with 3.x on its own terms anymore.

This class requires you to have some amount of spellcasting, but really wants you to have a bunch of monk levels also. Its concept is “I rely on nothing but divine spells and unarmed attacks,” but it doesn’t allow you to keep picking up monk levels – and even more than that, you get locked out of this class if you take anything other than Sacred Fist levels, once you gain your first level in this prestige class. In short, 3.5 got way too wrapped up in No You May Not as a substitute for actual theme. That fault doesn’t belong to any one designer, of course. (Unless you have insider knowledge and want to spill.)

The Sacred Fist is one of the many prestige classes in 3.5 that sets out to resolve the problems in a particular multiclassing pair – Eldritch Knight, Mystic Theurge, and Arcane Trickster are some of the better-known examples of the same goal. It has far fewer Special Features and a lot more “progress as both Class A and Class B” going on, which you’re presumably fine with if you signed on in the first place. The spellcasting and melee combat abilities don’t need any more help to synergize – we’re talking about 3.5 here, so a cleric willing to self-buff is an unstoppable engine of destruction already. What’s that you say, you also spent a round getting Sacred Flames up and running? Well, yeah, that’s pretty boss.

Thematically, trying to fold the monk back into the ranks of ordained clergy by making them flashy asskicking clerics is a little weird to me. It’s a nod back to 2e priestly monks, admittedly.

This list of monk-friendly prestige classes is far from exhaustive, and I’ve completely ignored anything Pathfinder has done in this space, but thank goodness I finally got, what, sixteen years of irritation with the Shadowdancer off my chest. Seriously, for anyone who LARPs with me, it’s obviously one of my favorite character concepts, but that prestige class is juuuust about useless. There aren’t many monk-friendly prestige classes overall. Dipping my toe (reluctantly) into the waters of 3.5 monk character optimization, it looks like the community consensus on the best monk options are to weld together a bunch of other classes and prestige classes to get a better outcome.

I’m obscurely pleased to see that two of the four prestige classes in this article are already well-supported by monastic traditions in official releases – the Way of Shadow and the Way of the Sun Soul. (There was an actual Sun Soul prestige class in City of Splendors: Waterdeep, but I’m not covering it today except to say that it’s super close to just being a Way of the Four Elements monk who only buys fire disciplines, so I’ll consider that concept covered in two different ways.) The Drunken Master has seen UA support, even if we don’t yet know whether to look for it in Xanathar’s Guide to Everything. That leaves only the Tattooed Monk, which… is close enough to the beast-themed monastic tradition I’m still working on that I’m thrilled WotC hasn’t covered it yet!