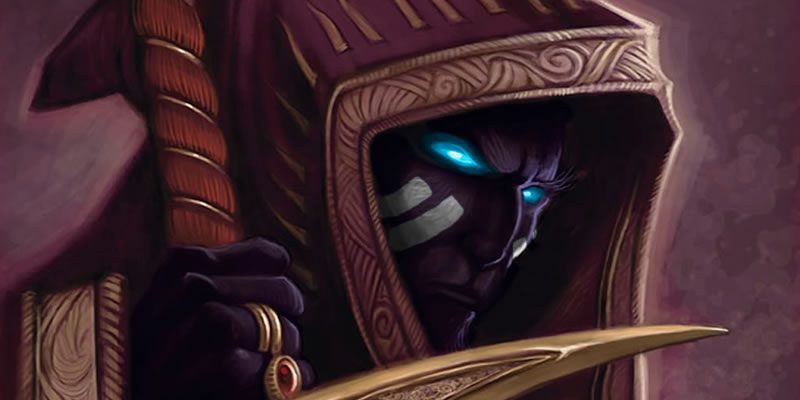 Soulbounds are beings trapped between two worlds, similar to in many ways to classic revenants though the reasons behind their existence are far more varied. Unlike common revenants, soulbounds are not fully undead and rarely have a single wrong to be avenged. Born from souls either freshly separated from their living hosts or from those preserved for centuries by powerful magic, a soulbound’s spirit is intact and has been tied back to their original body, placed inside a soulless husk or, in some cases, manifested in a new physical form.

Souldbounds go by a variety of names, including: immortals, skinwalkers, and watchers. Though not entirely accurate, spellcasting soulbounds are sometimes called liches. Soulbounds have a stronger tie to to the world of the living than other undead creatures. Some wish to return to full life, some use their unnatural endurance to further their own power and wealth, while some remove themselves from the limelight in order to fulfill some personal task they couldn’t while they were alive.

Ability Score Increase. Your Constitution score increases by 2, and Charisma increases by 1.
Age. Immortal. You do not age and are immune to spells and effects that would age you.
Alignment. Soulbound creatures have a range of alignments depending on their previous life, or their experiences in the afterlife. A neutral or evil being who experienced the otherworldly kindness of a couatl in its afterlife may return to the world seeking to right the wrongs it inflicted during its lifetime. It is just as likely that a neutral or good character who suffered torment at the hands of a fiend or twisted demigod may now serve its master in horrible ways.
Size. Medium or small, depending on your race before you died. You choose your size during character creation and once chosen, your size cannot be changed.
Speed. 30 feet (Medium), or 25 feet (Small)
Darkvision. Your undead nature grants you darkvision to a range of 60 feet.
Undead Resistances. You have resistance to poison and necrotic damage. You are vulnerable to radiant damage.
Mortal Detachment. Though reborn through ritual or divine intervention, you are neither living nor undead. You may double your Constitution modifier (minimum 2) when determining the number of days you may go without food, the number of minutes you may hold your breath before suffocating, and the number of rounds you may survive before dropping to 0 hp when suffocating. You require half as much water and sleep as a normal humanoid.
Of Two Worlds. You are considered both a living humanoid and undead. Any spell or effect, including turning, that affects undead, affects you normally. If you are the target of a spell that affects living creatures and undead creatures differently, the caster of the spell determines which takes effect on you.
Sunlight Sensitivity. You have disadvantage on attack rolls and on Perception checks that rely on sight when you, the target of your attack, or whatever you are trying to perceive is in direct sunlight.
Whispers of the Afterlife. You know the mage hand cantrip. When you reach 3rd level, you can cast the false life spell once per day as a 2nd level spell. When you reach 5th level, can cast either the invisibility spell or the misty step spell once per day.
Languages. Common, plus any one other language you knew in your previous life, or one rare language you learned in the afterlife.

Bard (College of the Banshee)


Bonus Proficiencies
When you join the College of the Banshee at 3rd level, you gain proficiency with three skills of your choice.

Ethereal Cry
Also at 3rd level, you learn to draw on your connection to the realms of the dead to power your near-mortal voice. As an action, you may expend one use of your Bardic Inspiration to create an unearthly wail. When you do so, all creatures within 10 feet of you must make a Charisma save or take 1d6 necrotic damage. This damage die increases as your Bardic Inspiration die increases.

Undead creatures gain advantage on the saves associated with this power.

Additional Magical Secrets
At 6th level, you learn three spells of your choice from any spell list. These spells must be from the divination, enchantment, or necromancy schools, must be of a level you can cast, and one of these spells must be a cantrip. The chosen spells count as bard spells for you but don’t count against the number of bard spells you know.

The pale knight path follows the same rules as the fighter’s eldritch knight path with the following changes.

Spells Known of 1st-Level and Higher
Replace any reference to abjuration spells with necromancy spells.

Developer Notes: After playtest feedback, the Ethereal Cry class feature and Of Two Worlds racial trait have been adjusted from their original appearance at www.gameschangelives.com. The maximum number of Bardic Inspiration uses that can be expended for Ethereal Cry are now limited to 3 and the third use does not increase the amount of damage rolled. Of Two Worlds has been clarified to include the Turn Undead class feature.