WotC Behind the Screens – Randomness: The Clever DM’s Helper 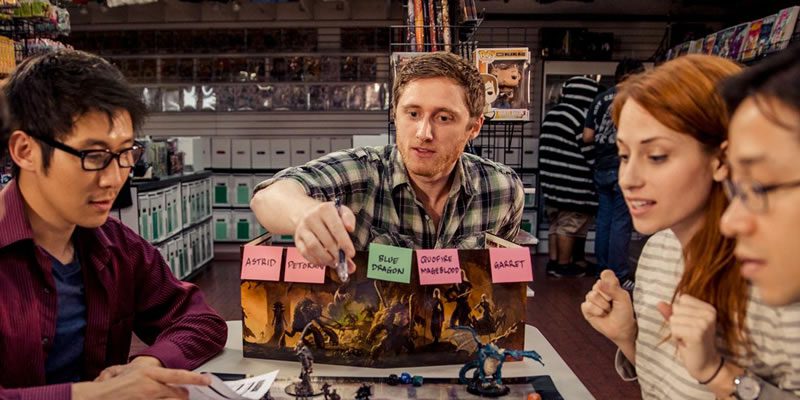 Check out the article here:

Randomness is a DM’s best friend when filling out the details of your adventures, but good randomness requires smart prep.

The material for this article was originally part of a presentation I made back in 2006, at a convention panel on Dungeon Master advice. Given the number of random tables that found their way into the fifth edition Dungeon Master’s Guide, it felt like a great topic to go back to for this installment of Behind the Screens.

Randomness is one of the best tools at a DM’s disposal. Employing randomness is a great way to maximize the return on your effort, create new game situations on the fly, and ensure that the players can never truly surprise you. The heart of effective randomness for a DM is to create tables you can roll on to answer questions during a game session, fill in details as you need them, or provide a quick blast of content when the players dart off into a random direction.

A few years ago, I ran a short campaign set in Waterdeep. Since I expected the characters to spend a lot of time in various bars, taverns, and other dens of vice, I needed an easy way to fill out the roster of barflies and lowlifes they might run into. And what I realized is that it’s a lot easier to come up with six adjectives to describe characters you might find in a sleazy bar than to stat up six specific nonplayer characters, especially if the adventurers won’t interact with those NPCs for long.

Here’s a table I used to randomly create the patrons of a gaming parlor the adventurers visited. If the characters wanted to interact with someone other than the key NPCs I had created, I could build an NPC with four quick die rolls—one for each column on the table.

One for the Players

In the Eye of the Beholder: Evil Genies