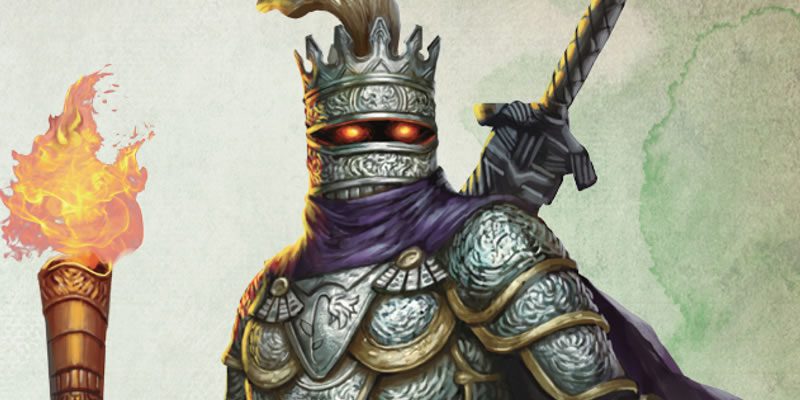 In the first article in this series I looked at what you should consider when getting started creating your own adventure. This second article in this series continues the adventure building by looking at establishing a threat. An adventure needs a threat for the heroes to discover and ultimately stop. As your heroes kick down doors, escape deadly traps, investigate clues and kill monsters… a villain should be the one responsible for the obstacles that emerge as a result of the villain pursuing his own evil scheme.

What is the threat that your players must defeat?

While it is important to figure out who or what the threat is, this is less important than figuring out the why. Your threat should be set up in opposition to the goals of your players’ PCs. If the PCs want to defend a town, solve a mystery, find a treasure or discover a powerful magic relic… the villain should be actively preventing the PCs from attaining their goal (or at least making it difficult).

What are the Goals of the Villain?

Whatever threat you create for your heroes to defeat, make sure the villain pulling the strings has a clear goal (or goals) that is uncovered by the players. The goals of the villain will work best if they directly oppose the goals of the PCs.

Putting in effort when creating a villain will pay off as the players get closer to the final confrontation. For a longer adventure, the villain may be able to hide in the shadows and for shorter adventures you will need to have the scheme surface quickly. Whatever the villain is trying to accomplish, try to make it something the players will want to ultimately stop at all costs.

Pathfinder covers villains on pages 90-93 in its GameMastery Guide (check out the Villain’s Escape Kit). The D&D 5e Dungeon Master Guide provides some great rollable tables to generate villains on page 94-96. Let’s create a few villains and see if anything good is rolled…

How to do I Establish an Awesome Evil Villain?

I created three random villains above and I think the second one is the most interesting… a Lich Weathermaster who just wants his lady by his side as he plunges the world into an ice age. This sounds a little like Adventure Time‘s Ice King, but I’ll run with it. But this is just a shell of a villain and will need some work to really bring my lich to life. We’ll look at getting the players invested in defeating your threat using hooks later in part 3, but here are 6 things to help create a great villain:

Make sure that your villain has an original personality that your players will remember and love to hate. You can’t get away with a random PC named Bob. Come up with traits like only speaking in the third person, a crazy accent, a peg leg, a scar or weird breathing. Insult, taunt and foil the actions of your players and their PCs. Create a villain they love to hate.

2) LET THE PLAYERS GET TO KNOW THE VILLAIN

Facing a villain for the first time in the final showdown is not satisfying.

3) SHOW THE PLAYERS HOW EVIL THE VILLAIN IS

Hearing that the villain killed a village of children is horrible, but the players will be more invested in the defeat of the villain if it hits home. Show them just how evil the villain is by destroying the PCs home village, killing their favorite village shopkeeper and murdering the PC’s boyfriend or girlfriend. The players will send their PCs running to defeat your villain.

Give your villain flaws and weaknesses.

5) CREATE A VILLAIN THAT IS A FALLEN HERO

Maybe the villain used to be the hero. Give one of more of the PCs the chance to make the same dark choice, even better if they are manipulated into doing so by the villain. Anakin Skywalker is tempted by Darth Sideous to choose the dark side to save the one he loves. Luke Skywalker is given the same choice over 20 years later.

We’ll look at ‘Backstory, Setting, Hooks and More’ in the next article in this series.

Wizards of the Coast – Dragon+