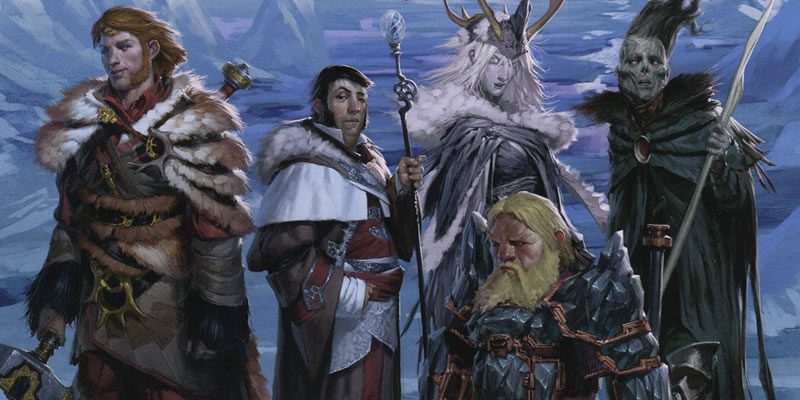 After looking at Creating a Threat, developing Backstory, Setting and Hooks and writing our adventure outline it’s time to provide some details for the adventure. I’ll continue using the ‘Lich Weathermaster’ that I randomly rolled in Creating a Threat as my villain and a typical points of light type default D&D setting. It’s now time to take the outline and turn it into an actual adventure. For this article I am not going to write a complete adventure, but I will take the outline for one plot point and expand it with enough details for me to be able to run that portion of the adventure. I’m providing the level of detail I need to run my game. Everyone should figure out their own level of prep they need to run a great session.

Some people have hours and hours to prepare for a session or they only play once or twice a month. I’m pretty busy, so I need to spend the time I have to prep for my weekly game on stuff I really need. While running a module takes prep time to learn the ins and outs of the adventure, creating your own adventure requires a ton more work. Some excellent ways to reduce prep time include:

Some DMs can run a session with a rough outline or right from their head. I am not that gifted and need to have details to go along with my rough outline to be able to run an adventure.

Let’s look at Plot Point 1 and set-up what we need for run the 3 pillars of exploration, social and combat such as traps, NPCs and monsters. I’ll provide details with enough flexibility to to run this plot point anytime in the first half of the adventure. I have left my original outline text in italics.

Plot Point 1: The PCs investigate the freezing source of the storm and follow it to its center

They might be unprepared and will need to return to Pine Prairie for more equipment/magic items. Have them roll survival checks and hit them hard.

If they can get to the center of the storm and find the entrance – they can enter the hideout and travel through a couple of rooms, but will hit a roadblock/guardian they can’t get past yet until they complete more plot points.

The Difficulty Checks (DCs) below are for D&D 5th Edition and might need to be adjusted up a bit for 3.5, 4e or Pathfinder.

The storm is a big wall of pain the PCs should not be able to get past easily. I’d run a skill challenge and allow them each player to use Nature or Survival once. Have everyone roll constitution saves and/or save against getting lost. These are hard checks for lower level PCs. Increase the checks DC if it is nighttime. Don’t be afraid to remind them that the town they came from has lots of wilderness equipment for the harsh winters in the region.

Wow! They made it through the storm…

Finding the entrance to the hideout should not be easy. Depending on how things go, I’ll have two checks ready. NPCs could provide clues about the entrance as the players progress through social encounters.

The entrance to the hideout should be protected to make sure the PCs can’t progress to the end of the adventure until they have completed most of the plot points and have gained some levels. Run Combat Encounter – Hideout Entrance (see combat section below) if they are able to gain entrance to the room of the hideout dungeon.

Create a collection of key NPCs for the PCs to unfreeze. They can be used for local flavor of to provide clues.

For this example let’s create a few memorable NPCs around the frozen town of Hahill, even better if they can provide useful information to the PCs. The D&D 5th Edition Dungeon Master’s Guide has some tools for rolling random NPCs and I’ll try this framework out for these NPCs and randomize most of the details. These details are more than I would need for my game – so make sure only to create NPC details that you’ll actually need and use. Another great resource for creating NPCs is

Middle aged male dwarf, brown eyes, hair is reddish grey & balding. He is skinny, pale and sick looking – very non dwarf characteristics. He is found frozen in place on the road outside of the town, traveling away from town with his wagon, horses and goods. He can tell the PCs that he was leaving town after making some deals and noticed that it quickly became bitterly cold. The last thing he remembers is a fierce storm overtaking him from the north. As a poor young man, he was forced to leave his mountain home long ago after accidentally killing someone while stealing food. He lives heavily with the guilt and his exile. Have this dwarf ask the PCs lots of questions. Be ready for the PCs to leave him frozen and raid his wagon. It should have some supplies that are a little bit handy in the cold conditions and a minor amount of coins.

Let’s use our teenage human, Norris Coyle mentioned in the previous article in this series. He has green eyes, tan skin and brown hair. If the PCs stick around town, have Norris  stumble into town and collapse at the feet of the adventurers.  He is in bad shape from the cold and only able to say “Frost” and point north to the center of the storm, before collapsing unconscious to 0 HP. If the adventurers can stabilize the farm boy, one chance at DC 10 Wisdom (Medicine), he stabilizes – otherwise he dies. You can choose to have the adventurers cure the stabilized Norris and have him act as a guide, but it may be better for him to remain behind. Norris Coyle (or any name) could be related to one of the PCs and the PC has relatives in Hahill. If you need a little more firepower, you could have this strong kid fight as a Commoner (Farmer), proficient with a farm tool weapon. He should want to unfreeze his family, but might choose to keep them frozen considering how harsh the conditions are.

Bree is a young, stout little female halfling. She has green eyes, tan skin and brown hair that she likes to wear in a fancy up-do. She is found frozen in place in the middle of town with a basket of food and supplies. Bree is nosy and considers it her business to know everything about everyone in town. She is friendly, curious and means no harm.

Bree can tell the PCs that this “out of season and most unpleasant weather” has to have something to do with that Wizard or his apprentice Briffin. She can also provide a bunch of random, detailed gossip including the fact that Briffin just got engaged recently, so sad about his fiance Bruda getting sick. The other gossip needs to be detailed, but the Briffin and Brudy story should be the most interesting to avoid having the PCs becoming fixated on solving a battle between two farmers and a contested pig ownership. Bree should be most concerned about everything being frozen ruining the social event of the summer…

They could face magical ice beasts that have been created by the storm spell on the way and monsters in the dungeon.

Let’s create some ice beasts and a scenario for the combat. Let’s assume I don’t have time to create a bunch of original monsters, so I will select existing lower level ice monsters or reskin existing monsters to be colder.

The newly formed snowy wilderness the PCs should be filled with beasts and monsters that do not belong in the former countryside and farmland. Check for surprise by monsters in limited visibility caused by the snowstorm. Adjust the size of the group to match your PCs level and size of their party (including fighting NPCs).

Let’s select some monsters from the Monster Manual/Bestiary for the first room of the dungeon. This is a new campaign and the players will likely only be level 1 or 2 when they get to the entrance the first time.

Next we’ll look at how to fill in the details for this adventure and how to run the adventure as I finish up this series.

That’s it! You have everything you need and it’s time to run your adventure. Hopefully the players won’t throw you too many curveballs you can’t handle.

If you are looking to create your own world for a new campaign, check out my World Building series.