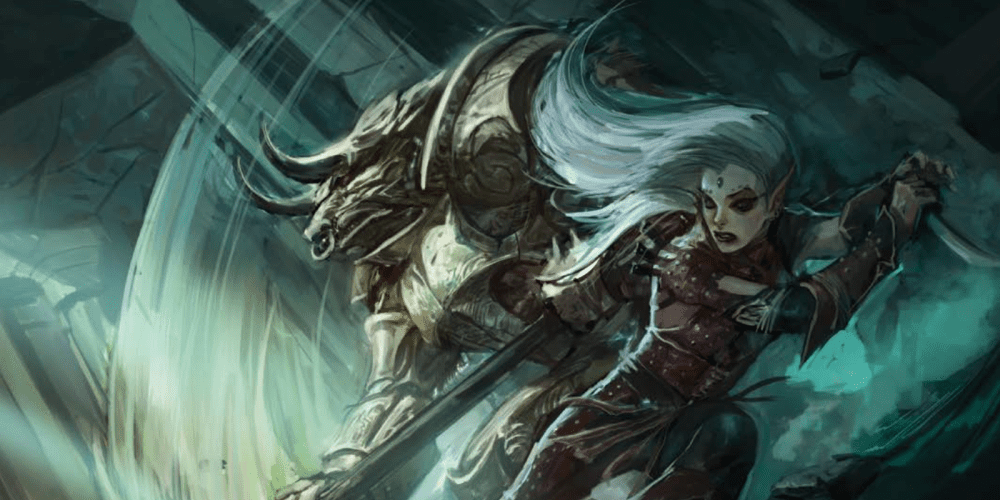 Below you will find some of my conversions for Level 6, “The Clockwork Maze”. You will not find detailed information on the Emerald Spire. If you aren’t running “The Emerald Spire”, you may still find these new monsters helpful for your home campaign.

Earlier this year I had the honor of judging Kobold Press‘ Monarch of the Monsters contest alongside two actual RPG luminaries, Wolfgang Baur and Steven Winter. One of my favorite submissions ended up being the winner, the xanka, by Jeremy Hochhalter. I love these critters and had scores of them scuttling around the level. You can find more details and stats for the xanka with our friends over at Kobold!

These small globes of metal have three to six jointed legs which are attached near the base of the sphere of their bodies. Most often, these creatures are formed from copper, brass, or bronze, though gold, silver, and platinum varieties have been seen in the houses of nobles and rich merchants. Designed and given a semblance of life by a gnomish tinkerer, their purpose was to act as clean up for the somewhat messy gnomish enchanters that tended to leave their workshops in a state of littered disarray.

While xanka do not actively seek combat, they are capable of determining if they are threatened by another creature, and will defend themselves.

Xanka do not have language of their own, though they understand commands from intelligent beings speaking the language of the xanka’s creator, most commonly gnomish. However, xanka only obey commands that relate to the removal of garbage. Xanka seem to be able to communicate with one another, though it is not truly understood how this occurs.

When a xanka touches matter with its globe shaped body, it can absorb that matter into itself, and break it down into energy. This way, the gnomes used them to clean up litter and refuse throughout the halls and streets of the city. Xanka are capable of absorbing half their body size in matter per round.

I ran a shortened version of Emerald Spire that focused on the recovery of the missing researchers and concluded the mini-campaign with the exploration of this level. The biggest changes have to do with Room F13, and altering the Pathfinder evoker to a 5th edition artificer alchemist.

In Room F13, I altered the random aghash encounter into something that could either fold into a longer campaign, or be used as a twist at the end.

Feel free to use either of the Jade Automatons presented in earlier articles for the ones listed in various rooms.

When the PCs reach F11, F14, or F15, and are within a few rounds of entering F13, tell them that they hear screaming, roaring, and explosions coming from the direction of room F13.

This room has 6 sturdy cages of various sizes in the corners and along the walls. The room is filled with steam from the heated fountain as described in the module. The fountain space, as well as the area within 5 feet of the fountain are heavily obscured, while the rest of the room is lightly obscured. There are three destroyed jade automatons scattered throughout the room. The researchers the PCs are looking for are being held in this room (not in F7 as in the original module), as well as any other NPCs you wish that are tied to your campaign.

Laying on the floor next to the fountain is a badly wounded githzerai monk. The monk speaks very broken Common and Gith.

Prisoners: If questioned, the prisoners will tell the PCs that a portal appeared, lighting the fog with a blinding glare. A Large creature came through and a horrible combat ensued between it and the automatons. Between the screeching, arcs of electricity, fog cloud, and violence, it was difficult to make out exactly what happened. Eventually the creature disappeared along with the portal and the automaton guards were destroyed.

Githzerai: If questioned, the githzerai will answer as well as he can in his terrible Common. His name is Grenag and as the prisoners describe the large beast, he will say the word “slaad”. A DC 18 Intelligence (Arcane) check will reveal to the PCs the basics of slaadi physiology and their conflict with the githzerai. Grenag will eventually get across that he was a member of a hunting party tracking the slaad, but he was the only survivor.

Grenag is in actuality the green slaad that came through the portal. He has taken the form of the githzerai in which his own egg hatched. The three automatons inflicted severe damage to him, and though he is regenerating at an impressive rate he knows he isn’t a match for anything else and the portal closed before he could leave. Though he pretends to speak broken Common, he actually speaks Common, Gith, and Slaadi as well as being telepathic. If the players ask questions he is uncomfortable with answering, he will avoid them by either feigning blood loss or acting as if he doesn’t understand the question.

At this point you have a few options:

Charge. If the minotaur moves at least 10 feet straight toward a target and then hits it with a gore attack on the same turn, the target takes an extra 9 (2d8) piercing damage. If the target is a creature, it must succeed on a DC 15 Strength saving throw or be pushed up to 10 feet away and knocked prone.

Shocking Charge. Whenever the modified minotaur scores a critical hit with its large greataxe or gore, it deals an additional 9 (2d8) electrical damage.

Labyrinthine Recall. The minotaur can perfectly recall any path it has traveled.

Fortification. If hit with a critical, the modified minotaur has a 50% chance of reducing the attack to a normal hit. This feature does not work against attacks that deal lightning damage.

Multiattack. The modified minotaur can make two melee attacks per round, once with its great axe and once with a gore.

Antimagic Susceptibility. The clockworker is incapacitated while in the area of an antimagic field. If targeted by dispel magic, the clockworker must succeed on a Constitution saving throw against the caster’s spell save DC or fall unconscious for 1 minute.

Minor Repair. Clockworkers are trained in the minor repairs needed to maintain their companions. As an action, the clockwork servant may attempt repairs on any construct within reach, healing 6 (1d10) points of damage. The clockworker may not use this feature on the same target again until the target takes additional damage.

Major Repair. By spending 10 minutes repairing a construct, a clockworker may heal 20 (4d10) hit points of damage to the target and remove one condition affecting the target. A target may not benefit from this feature again until it takes a long rest and additional parts are made available.

Multiattack. The servant makes two attacks. The servant typically has 2 nets folded and loaded into launchers located on either shoulder. Folding and reloading a chain net requires 1 minute and the assistance of at least 1 other creature.

Chain Net (2/day).Ranged Weapon Attack: +2 to hit, range 20 ft./60 ft., one Large creature, 2 Medium creatures, or 4 Small creatures. All targets must be within 5 ft. of each other. Hit: A Large or smaller creature hit by a chain net is restrained until it is freed. A net has no effect on creatures that are formless, or creatures that are Huge or larger. A creature can use its action to make a DC 18 Strength check, freeing itself or another creature within its reach on a success. Dealing 15 points of magical damage from a slashing weapon or damaging spell (AC 15; no save bonuses; lightning and poison immunity, fire and cold resistance, acid vulnerability) frees all creatures without harming them, ending the effect and destroying the net. If the net is targeted by an attack that deals lightning damage, the net remains unarmed, but the damage is applied to all creatures restrained by or touching the chain net.

In addition to the artificer in room F12, there are 2 jade automatons as presented in earlier articles.

Artificer. The artificer’s formula/spells typically take the form of mechanical and magical devices. For example, his mage armor is a force field generator, his faithful hound is a clockwork mastiff, his familiar is a clockwork spider, and his ability to conjure elementals is a combination of magi-tech gates and his research into the Spire’s interdimensional properties. For fun I gave him a fist-sized clockwork red and white sphere that opened a pocket dimension that held the creatures he “chose”.

Spellcasting. The artificer is an 11th level caster. His spell casting ability is Intelligence. He has the following formula prepared:

Multiattack. Artificer can make two cantrip attacks per round.

The artificer has his Mord faithful hound already in the room and will position the creature between himself and any enemies. If able to prepare for an attack, he will conjure an earth elemental to defend himself. The artificer has a clockwork spider he will use to deliver shocking grasp spells as needed, as well as two golden lion figurines of wondrous power.

If reduced to 15 hit points or less, the artificer will attempt to dimension door to the spire room and transport to the surface to escape.

Experiment: How To Play D&D With Two ...