Level 0 Characters for a Dungeon Crawl 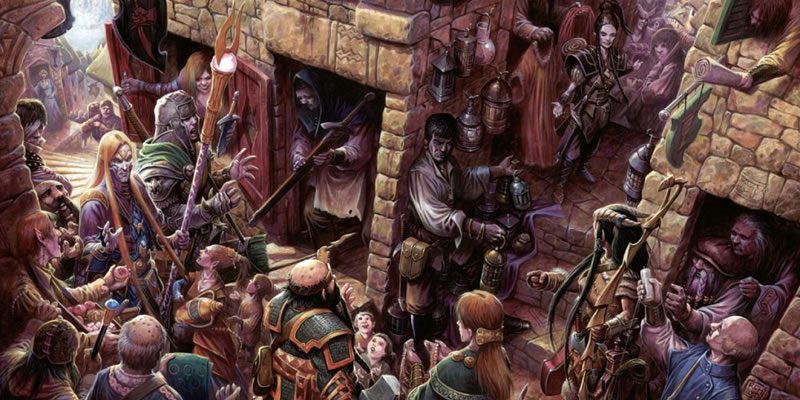 After being introduced to Dungeon Crawl Classics, I decided to add some of that Old School flavor to our Dungeons & Dragons 5th edition Apprentice Character Program (ACP). But these Level 0’s aren’t exactly apprentice characters. They don’t have a class yet, and with the Character Funnel method, not many of them are meant to survive very long. The Level 0 characters are just low hit point monster fodder for a dungeon crawl adventure, and most of them will not make it out of the dungeon. If a player runs out of their initial 4 characters, they get a sheet with another four characters to play that are also set at level 0.

So if you have 4 players, there will be a large group of 16 Level 0s delving through the dungeon. Creating that many characters can seem onerous, but I have an spreadsheet generator that helps with character generation, and it can create 4 level 0s on one page for each player.  Here is the methodology we are using:

We make this a Random roll, and we base the result on our Campaign world’s population diversity that I setup. I can manipulate the diversity rather easily in the spreadsheet, and here is what it looks like with rolling d100:

Once you know the character’s race, then go ahead add racial skills, proficiencies, languages, special abilities

Roll the ability scores (4d6 drop lowest or 3d6), but put the results in the order that you rolled (Strength, Dexterity, Constitution, Intelligence, Wisdom and Charisma).  The character has a race, so add the racial ability score increases. And if you use Luck, then roll 3d6 for your Luck.  Luck is helpful for the DM when choosing which of the 4 characters a player has that runs into an unfortunate accident. 😉

It’s a Random pick, but there’s 17 of them, so pull out your 17 sided die if you have one, or use a d20. Each character will gain all the background skill and tool proficiencies, and languages. Each character also starts with the background feature. They receive all of the equipment and gold, and also a weapon based on the character’s background. We treat proficiency with the weapon as normal (see below). Also, wait on filling in character personality traits, ideal, bond and flaw.

We don’t give out gold to Level 0 characters, but instead give them a few copper pieces (2d4). That can be one of the reasons that the player’s character is going into the dungeon: The lure of gold, or a test required of them by a guild or wizard.

Each character has 1d4 hitpoint plus Constitution modifier, and a Hill Dwarf character adds 1 more hitpoint.  If the Constitution modifier is negative, and would drop HP below 1, then set HP to 1. That is the character’s maximum hitpoint(s) for level 0. They will receive the remaining hit points when 1st level is achieved.

As an example, for a Level 0 hill dwarf character rolls a 1 on the 1d4 roll, and with a 12 Constitution, would have a total of 3 Hitpoints at level 0

Once Level 1 is reached, if the player chooses Fighter for their character, then the remaining 9 hitpoints would be gained bringing the player’s character up to a total of 12 HP

The characters don’t get any HD yet. They can gain hit points during a long rest, or magic healing.

Each Level 0 character starts at 0 XP. Each encounter has a minimum of 0 XP and a maximum of 4 XP. When your level zero is at 10 XP, then level up to level 1. The DM will give out experience based on the difficulty of the encounter and each character receives the same XP. Here are the guidelines from Dungeon Crawl Classics:

Use a +1 for the proficiency bonus for Level 0 characters. This bonus would apply toward

Saving Throw Proficiency is a class feature. So it doesn’t apply yet.

Choose a first name, simple physical details, alignment, and starting age. Don’t get all crazy with the details. The odds are not in your character’s favor, so wait until they make it to level 1 to get all fancy.

What about a Dungeon Crawl Adventure?

All of the Level 0 characters should be fleshed out now, and ready to tackle some 0 level encounters. Here is a good Level 0 adventure with some awesome backstory that can be played with level 0s.  If the players are doing well, then make it harder: 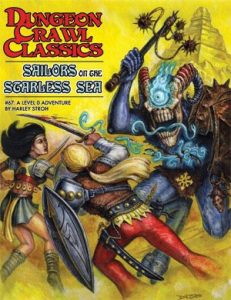 or you try this one from Purple Sorcerer Games that we are currently playing: 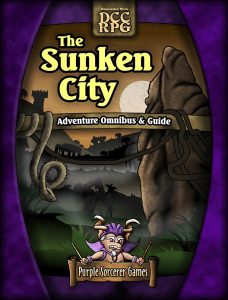 If you’re the DM, then go ahead, and have some extra Level Zero characters prepared to bring into the game. Hand out the random characters, and have some fun. Remember, it’s okay if the encounter is overwhelming and kills 50% of the Level 0s. What doesn’t kill them makes them stronger! Well, the ones that survive without permanent disabilities.

Here is the Google Sheet with my Level 0 Quad character generator. It is ever changing, so let me know if you see something off, and I can fix it.

You can reach me on twitter @mrlong78 or in the D&D 5th Edition Facebook group if you have questions: https://www.facebook.com/groups/DnD5th