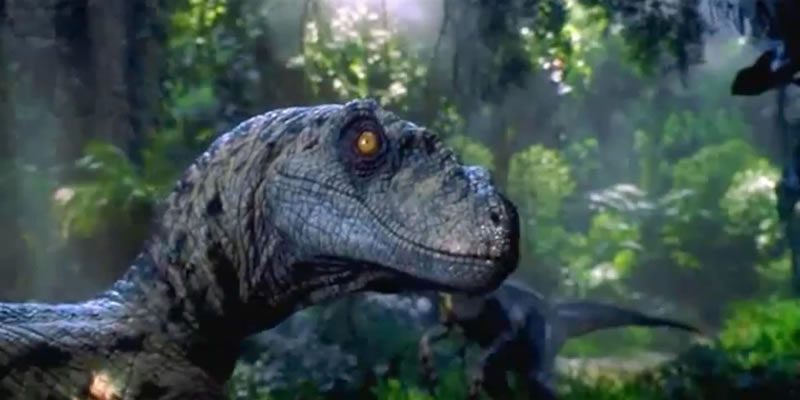 Last week on the Campaign Trail I published my homebrew build of Indominus Rex inspired by the movie Jurassic World. In the past I also posted a couple of dinosaur related articles (Prehistoric/Lost World Campaign Setting and D&D 5e Monster for a Prehistoric Encounter) and I’m still not done with dinosaurs just yet. As I was thinking of setting up an encounter with Indominus Rex, I decided I needed a pack of raptors too. D&D 5e’s Monster Manual has a good bunch of dinosaurs (or behemoths if you like), but no velociraptor. Here’s my attempt to create a velociraptor for D&D 5e inspired by the Jurassic Park series of movies and previous “raptors” from D&D such as the 4th edition Deathclaw Behemoth and Pathfinder’s Velociraptor and Deinonychus.

Velociraptor (meaning “swift seizer”), is as swift and agile as it is deadly and lived approximately 75 millions years ago during the late Cretaceous Period (not the Jurassic).

A small dinosaur about the size of a man, velociraptors are savage predators and their incredible speed makes it difficult for their prey to outrun them. They are most likely to be found traveling in packs, sharing tactics to bring down prey that are larger and stronger using their sickle-shaped claws. The latest discoveries in paleontology (and related fields) points to this carnivore being feathered, unlike its movie version.

I looked at other versions of the raptor that are out there and I wanted my raptor to be a little tougher and a little smarter, just like the incredible raptors seen on screen. I set the challenge rating for this velociraptor at 2 with lower hit points and higher AC/attack/damaage/save balancing out. If an intelligence score of 5 does not feel high enough for your “clever girl”, then bump it up. I set my homebrew Indominus Rex‘s intelligence at 7, matching that of a Worg from the 5th edition Monster Manual.

As I mentioned in the Indominus Rex article, there’s always a reason to throw a dinosaur into your game, especially if it takes place in a steampunk heavy, prehistoric or lost world setting. If you are a huge Chris Pratt fan then why not try out a Guardians of the Galaxy / Jurassic World crossover (check out his wing dinos above in an awesome photo from comicvine).

I’m hoping to be able to run a playtest of these raptors with Indominus Rex in an encounter very soon.