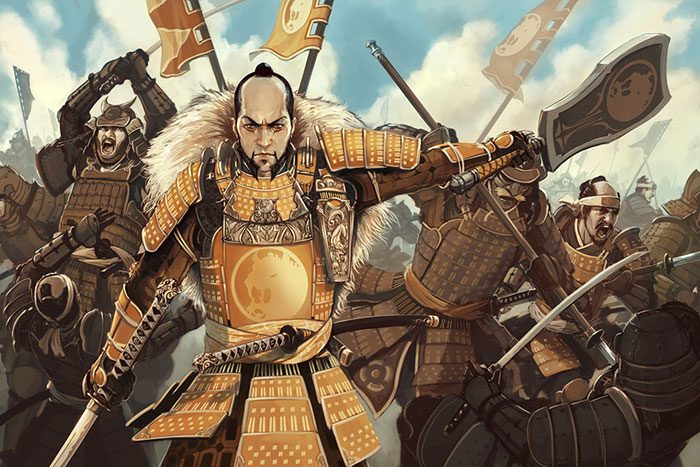 Legend of the Five Rings is a legacy brand and a collectible card game (CCG) with a dedicated, passionate community and a story that spans the last two decades. Legions of players have traveled to the land of Rokugan and the Colonies, joined the noble samurai and shugenja of their favorite clan, and taken an important hand in shaping the story. Now, as Legend of the Five Rings moves over to Fantasy Flight Games, certain changes are coming to the realm of Rokugan.

To learn the initial details of these upcoming changes,use the following link: https://www.fantasyflightgames.com/en/news/2015/9/11/a-new-emperor-rises

Legend of the Five Rings has a history with changing publishing companies, here are details from Wikipeida:

The following is from D. J. Trindle’s post to the L5R e-mail newsgroups regarding the future – and the past – of the role-playing game. It was entitled “Whither the L5R RPG?” and is archived in full at http://l5r.alderac.com/rpg/whither_l5rrpg.html

Alderac Entertainment Group (AEG), in partnership with Isomedia, first designed and published the L5R collectible card game in 1995. Eventually, it became obvious that L5R would greatly benefit from the sort of promotion, marketing, and production that costs a lot of money. Some of the original AEG and Isomedia folks found interested investors and formed the Five Rings Publishing Group (FRPG), which purchased the intellectual property (IP) that is L5R.

FRPG took over production and marketing, while AEG continued to design the game. In 1997, AEG licensed the role-playing publication rights for L5R from FRPG, and published the first edition of the L5R RPG. The fans liked it enough to vote it the Best RPG of 1997 at the Origins Awards, and the core book went through four printings while spawning two dozen sourcebooks and add-on products.

In 1997, FRPG was purchased by Wizards of the Coast. The existing licenses remained in place, so the same creative team continued work on Legend of the Five Rings, AEG continued publishing the RPG, and Wizards began publishing the card game. In 1999, Legend of the Five Rings changed hands once more when Wizards was purchased by toy-making giant Hasbro (however, “Wizards” continued operations under their original name). The previous licenses were still in effect, so changes to the games and the development teams as a result were unnoticeable. Wizards of the Coast re-released Oriental Adventures (a long out-of-print AD&D supplement), changing the setting from the original Kara-Tur to Rokugan, and updating the supplement to the d20 rules. Several of the following sourcebooks provided dual (d20 & d10/R&K) rulesets.

Today, AEG owns the intellectual property of Legend of the Five Rings and still designs and publishes the card game and the role-playing game. AEG released Lotus Edition for the CCG in late 2005, beginning the Age of Enlightenment story arc. Samurai Edition was released in July 2007, and includes the Race for the Throne story arc. Celestial Edition was released in mid-2009, followed by Emperor Edition in early 2012 and Ivory Edition two years after that, in 2014. The next arc, Onyx Edition, will release in 2016.