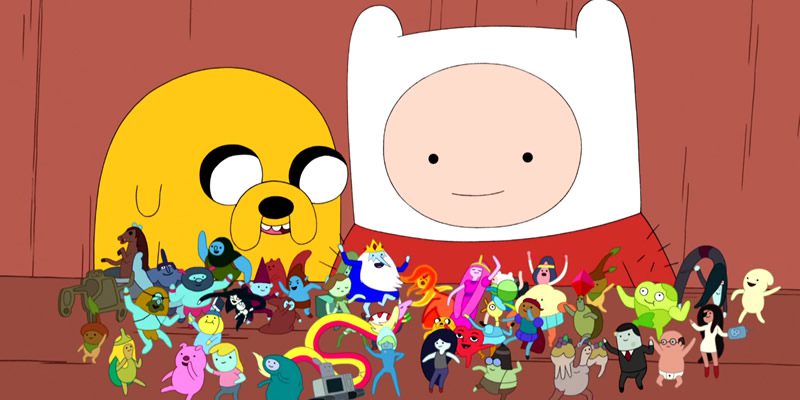 Back in 2014, I ran a 4th edition D&D game set in the world of Adventure Time. I used a fantastic Adventure Time homebrew mod of D&D 4e, by Bloodghost, to run the game. After writing about Species and Classes for an Adventure Time campaign in 5th edition, I thought it would be good to look at some more stuff to support players in the Land of Ooo. This article looks at alignment, provides 3 new feats and a bunch of weapons and equipment you can use in any D&D game.

I’ll be breaking this down into five parts and releasing another chapter each week.

Adventure Time draws inspiration from the old AD&D days. In the Land of Ooo, alignment is something heroes often talk about openly when faced with moral challenges. When running an Adventure Time game, it is important for you to remind your players to consider their character’s alignment when making decisions. When a character goes against their alignment they might even comment about the turmoil they are going through or another character might even call them out on acting out of alignment. All those alignment meta discussions can now just happen right in game and be part of roleplaying. 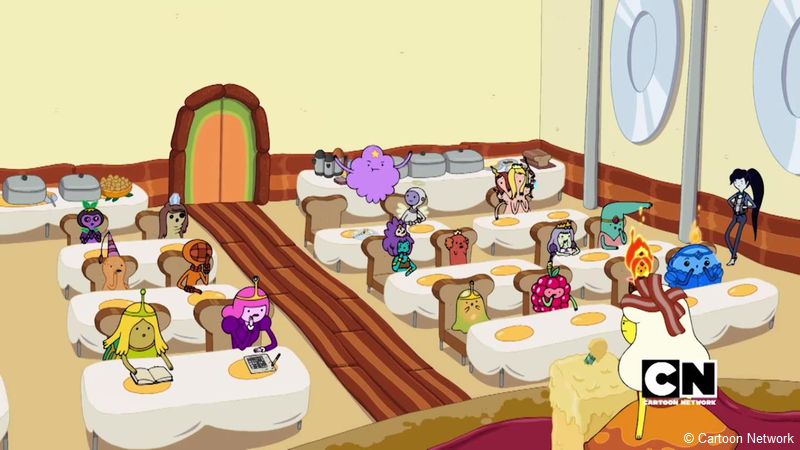 I would recommend allowing players to take 1 feat when starting out in an Adventure Time game. This makes the game a little less deadly and more customized for the world. The three feats below are just some example feats that work well to add some mechanics to their background and even some hooks. Feel free to create additional feats on your own or with your players.

Your heroic acts have been noticed by a princess and you have been called to court to become a knight of the princess’ kingdom. By completing a small ceremony where you take an oath to defend the kingdom with your very life:

You have gained the title princess of Ooo and you have certain responsibilities and privileges. By completing a small ceremony:

Prerequisite: “Wizards Only, Fools”, this feat can’t be taken by Scientists and can only be taken by Rangers, Sorcerers, Warlocks and Wizards.

Your magical powers have grown and you’re invited to officially become a wizard. By completing a small ceremony: 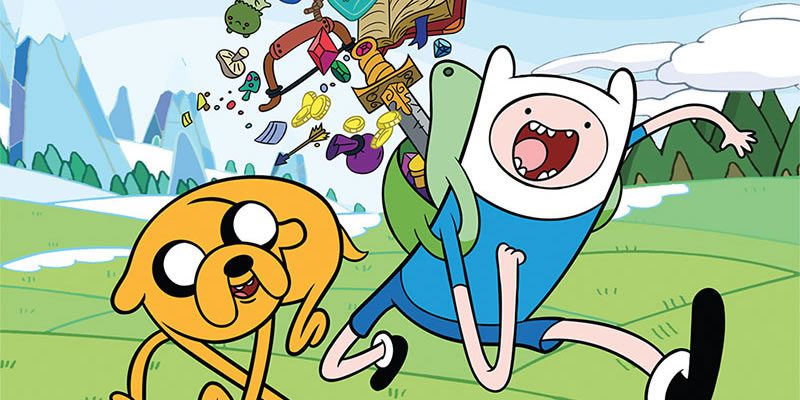 An important thing to remember about Adventure Time is that players will find gold pieces and sometime even find old currency (US greenbacks?). To make things easy just have a dollar equal a gold piece. I would set the price of stuff in gold pieces, but you can decide the prices on the items below.

Adventure Time is set in a land of dungeons filled with loot, but it is also a post apocalyptic world set in our future. Pretty much any mundane items found in the Players Handbook should be available to players but modern items need to be plentiful as well.

Potions are so boring, replace them with an apple pie from a cute little elephant. A character that eats an apple pie regains 2d4+2 hit points. Eating an apple pie takes an action and the creature eating the pie must be conscious and able to swallow.

Whether you call it a cell phone, PDA, mobile or pocket computer… these devices can be used to connect to the Internet and call, text or email other people with similar devices. To use a device like this requires no special proficiency. If you have never used this type of device before you will need someone who is familiar with these types of devices to show you how for a period of time equal to 20 minutes, minus your total intelligence score. To call, text or email someone you will need to have them in your list of contacts. These devices work best closer to areas of civilization such as the Candy Kingdom and will not work in areas without reception (which will be indicated by total “bars” out of 5 by your DM).

Appears in the episode “My Two Favorite People”, this device is often worn by Rainicorns when they come to Ooo to translate Korean to Common/English. The universal translator device appears to be similar to a dog collar with a brown strap. The translator itself has a red checkered switch lever, pieces of tape listing the settings of the device, the speaker, and the knob to select the voice setting which included Old Man, Nerdy Alien, and Nightmare.

The Candy cane shotgun looks like a large striped candy cane, but with a hole at the tip to fire bullets. The candy cane shotgun is a weapon used by the Candy People. It functions like a pump-action firearm, but you need to make the cocking and firing action noise yourself.
Damage: 1d8 piercing damage
Properties: Ammunition (range 30/90), candy shot, reload (8 shots), two-handed

Ice Cream is delicious and instantly kills Horrible Evil Piglets. A character that eats ice cream also regains 1d4+1 hit points. Eating an ice cream takes an action and the creature eating ice cream must be conscious and able to swallow. If the character rolls a 1 on the 1d4, they experience an ice cream headache and must make a DC 12 Constitution saving throw, and on a fail become Stunned until the end of their next turn.

Potions are so boring, replace them with honey energy drinks acquired while at a bear dance party. A character that drinks a Honey Energy Drink regains 2d4+2 hit points, removes 1 level of exhaustion and has advantage on initiative rolls for 10 minutes. Drinking a honey energy drink takes an action and should only be done once between long rests (unless you are a party bear) or you might experience insomnia or worse effects such as dancing legs.

Other Ideas from the Show/Video Games

In the next article we’ll look at Magic Items & Spells. Don’t forget to check out the previous articles if you missed them.

I contacted Bloodghost directly to ask if there would be an update to the materials for 5th edition or if I could take a crack at it, but I didn’t receive a reply. I’ve borrowed heavily from Bloodghost’s ideas for this guide. ADVENTURE TIME and all related characters and elements are trademarks of and © Cartoon Network. The main article photo is from an episode of Adventure Time.