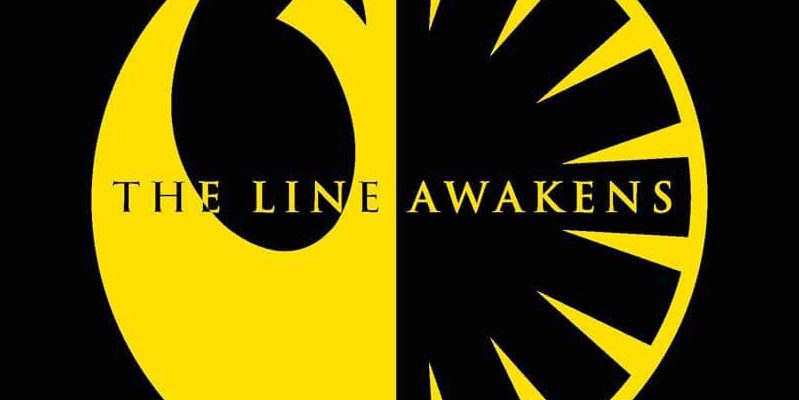 The energy that a fully powered imagination can generate is boundless and when that energy is aimed at doing good for the world, amazing things can happen.

There is a lot about the upcoming “The Force Awakens” to be excited about (and plenty of reasons to tame expectations). I’m a huge Star Wars fan. My dad took me to see “A New Hope” for my birthday back in 1977. I lived in a small town in Kentucky. There were no lines. Neither of us knew what to expect. I didn’t realize it as a 7-year-old, but the majority of movies up to that time rolled several minutes of credits before your film started. The curtain lifted. The John Williams score exploded from the speakers. The Devastator rolled onto the screen chasing the Tantive IV to a barrage of laser fire and explosions.

My imagination was changed forever.

When Disney bought Star Wars, many of us were skeptical. My own skepticism has long since faded, and I’ll take my lumps if they come. Disney’s goal is to make money, yes, but they’ve turned the focus of the Star Wars media machine back on the fans in all the ways they needed in order to heal past disappointments. And they’ve helped turn the hype machine into a force for good.

Through industry-backed efforts like Omaze and Force for Change, Star Wars love has been transformed into tangible support for needy causes. This isn’t a Disney innovation, though. In fact, I think Disney saw where the community’s passions lie and simply decided to get on board.

Fans have been donating to charities for decades, from the 501st’s legendary generosity to the most recent pre-release event, LiningUp.net’s “The Line Awakens”, an innovative charity drive for the Starlight Children’s Foundation.

The Line Awakens allows fans to put in time as they can, signing in and out for their shifts in line. When they total 24 hours logged in, they earn the right to purchase two tickets the organization already has in-hand for the first showing on 12/17, all in the name of charity. The first episode of the “Queue and A” podcast introduces the people behind the event, the charity, the history of LiningUp.net, the rules of the line, and caps with an interview with Vanessa Marshall, the voice of Hera Syndulla on the brilliant Star Wars: Rebels.

This is a fun podcast for Star Wars fans and the uninitiated wondering what the hype is about. The stories and personalities gathered at the TCL Chinese Theater from around the world will remind you how passionate and widespread the love of Star Wars goes.

For this geek, it reminds me that in a time where the world has so much darkness, an inspired imagination is still a powerful Force for good.

You don’t have to fly to all the way to Los Angeles to help. You can make a $5 donation by texting “Jedi” or “Sith” to the number: 80000, or go straight to their GIVEactually page to help out. 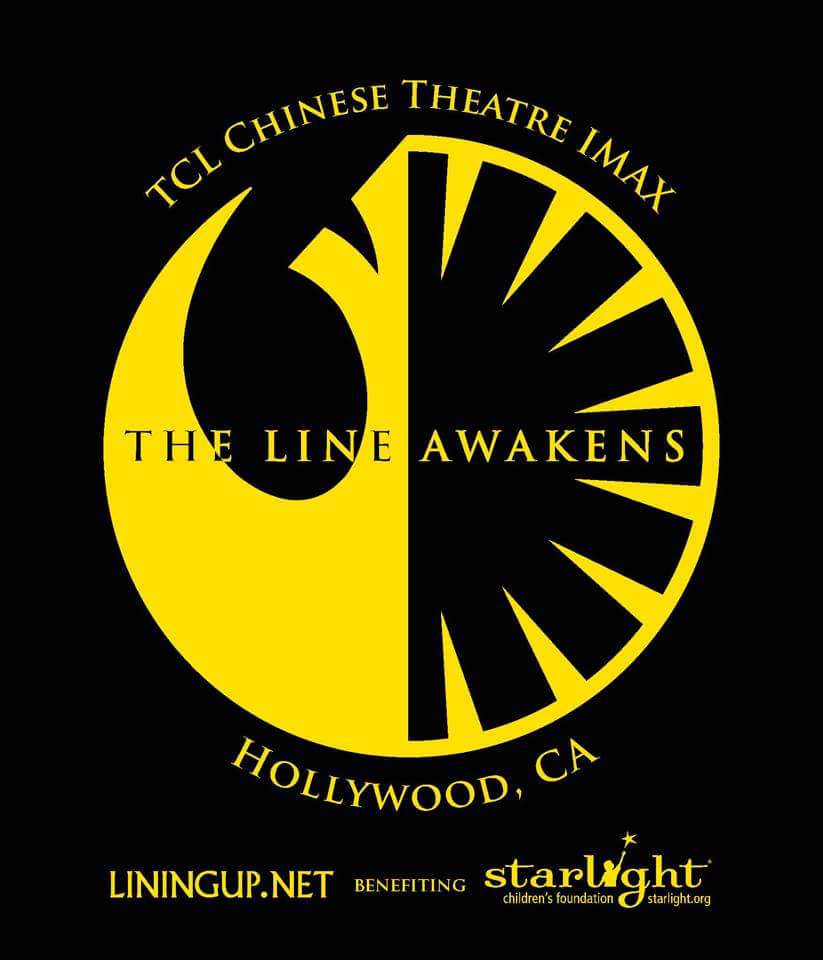 For more about “The Line Awakens”

If you give a shout-out on social media, use #TheLineAwakens.