At Tribality, we’ve been interviewing some of the people who are behind all the awesome stuff that is being created for tabletop gamers. Wayne Brekke has started a new subscription box service designed for roleplayers and tabletop gamers like himself. Called Dungeon Crate, it will contain items like dice, miniatures, tokens, coins, RPG jewelry, terrain, dungeon tiles, mini flats, dice bags, stickers, t-shirts, and more. With subscription box services catering to geek life, pop culture, and other random nerdery, Dungeon Crate will offer a more targeted box designed for giving role players items they can actually use in a variety of games. It will also include a monthly digital crate with maps, modules, charts, and more…

Check out the interview below to get to know Wayne and learn about Dungeon Crate. 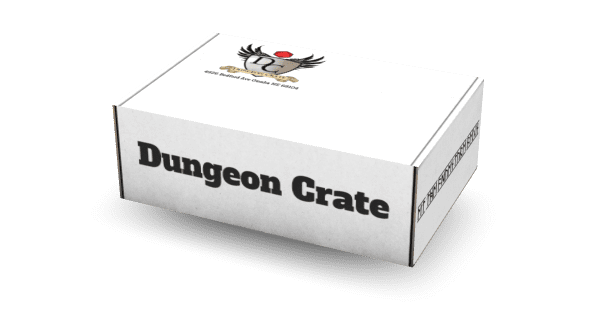 Before we talk about gaming and Dungeon Crate, can you tell us a little bit about yourself?

I live in Omaha Nebraska where my wife and I run Big Ink Writing Services, a copywriting company. We write lots of product descriptions for eCommerce sites. I’m an artist, crafter, musician (drummer), and podcaster (I host 4 podcasts). I love roleplaying and 5th edition D&D. I have 3 cats, 1 tortoise, 2 sugar gliders, 1 snake, and 4 kids. I’m formerly a firefighter, veterinarian technician, and sales rep before going into business for myself over 11 years ago.  I work hard and play hard. 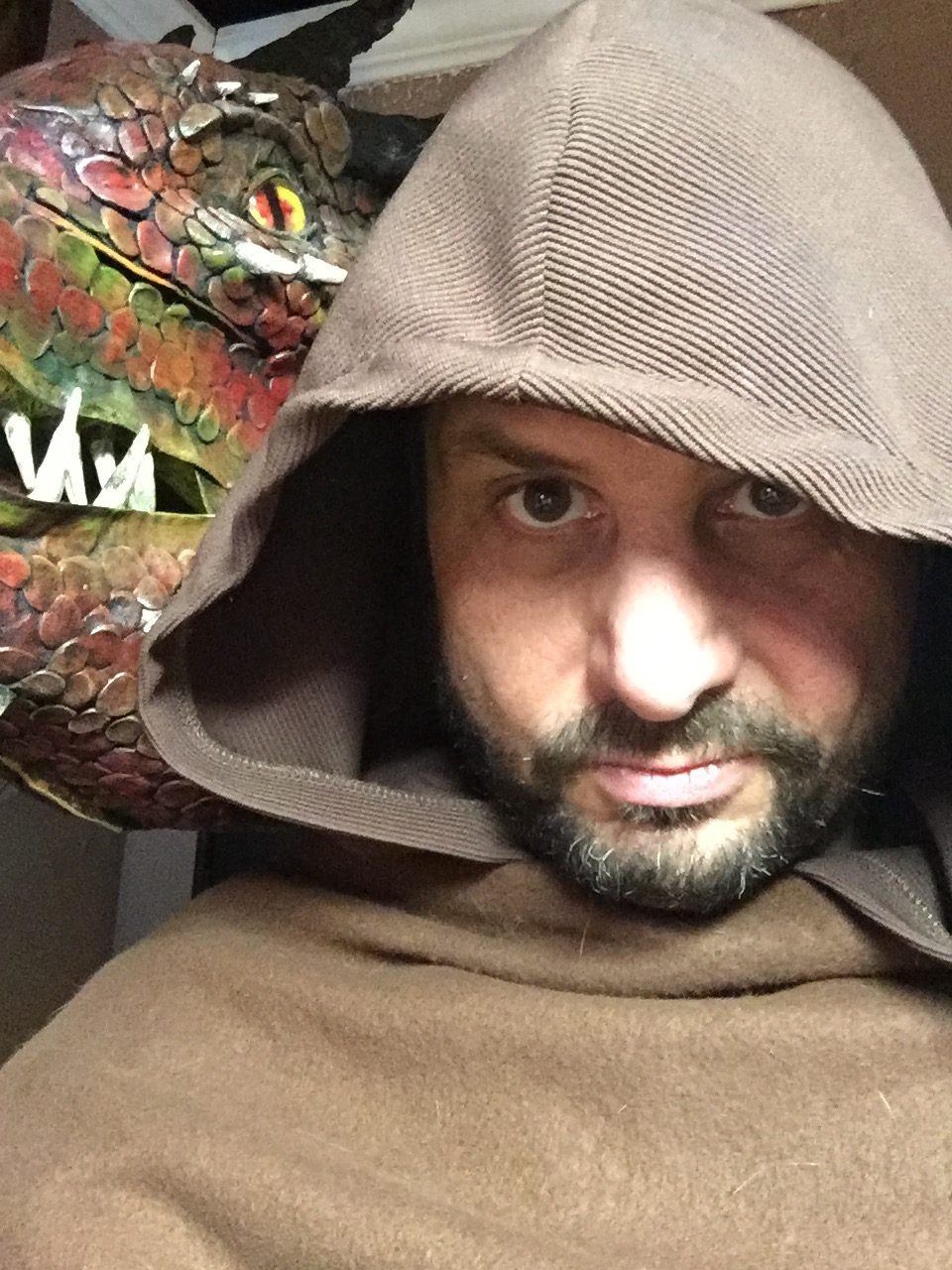 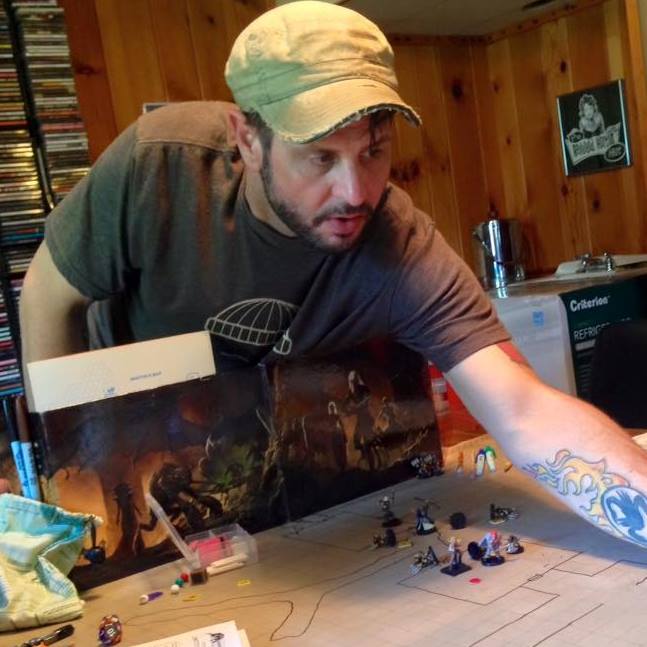 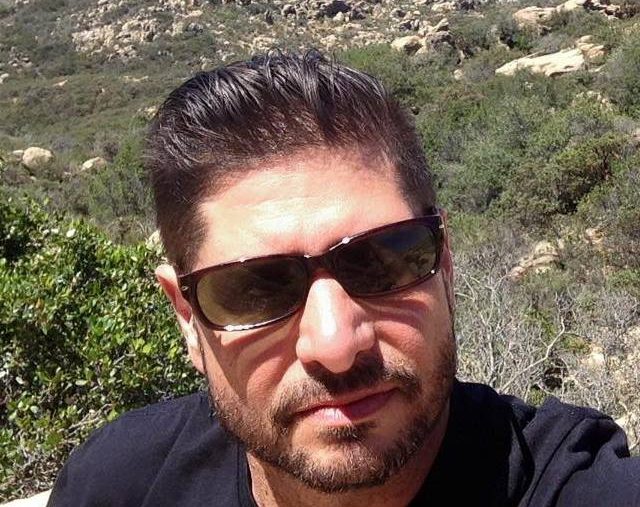 I was introduced to Dungeons and Dragons back around 1981 when I was 14. We played Advanced D&D all through high school and I have many fond memories of playing with my buddies in a campaign that lasted years. After high school I joined the Air Force as a firefighter and was stationed in Alaska. As our shifts were 24 on and 24 off, we had plenty of downtime at the station. I got into 2nd edition then. Now I still play and am enjoying 5th edition D&D.

I’m still a diehard D&D fan and love to play dwarves and half elves. I typically like clerics and rangers but lately have been playing bards as I like their versatility in a party.

I love playing. I’ve become a DM out of necessity as well as I love telling the stories. I enjoy making up the adventures and creating the scenery with my crafting, so it works in well with DMing.

Can you tell us a bit about what tabletop games/rules you’re playing right now?

Currently I run a 5th edition D&D campaign as well as a 5th edition Dungeon Club. I created Dungeon Club for those that can’t commit to an ongoing campaign but still want to play. They’re one off adventures, about 4 hours, and I provide pre-generated characters. This allows players who are interested to come over and enjoy without having to worry about missing a game night since there’s no campaign.

I played Star Trek Attack Wing for some time and still enjoy that. Other games I enjoy include Magic the Gathering, but I pretty much stick to D&D for my gaming. I don’t even own a video game console.

A great dungeon should have intrigue. It should offer challenges for every class so the party works as a team. If it’s all hack and slash, it gets boring. A great dungeon crawl should include near death experiences, tricky traps, mysteries, secrets, treasure, and an actual story to follow.

What’s your favorite monster to fight in a dungeon?

A mimic. Always unexpected, always tough. Of course, undead are always on the list.

What’s your favorite treasure to hide in a dungeon?

I like potions. Handy, quick, and sometimes forgotten by players.

What’s your favorite trap to spring on players in a dungeon?

One of my favorites so far was a ceiling trap door that opened and these large spiked spools came out, rolling down the hall towards the PCs. A bugbear was at the end of the hall, pulling a lever that kept releasing more death spools. It took a while for them to figure out how to get over the spools and stop the bugbear from releasing any more. It’s between that and a standard pit trap filled with undead. Both are fun.

Speaking of dungeon treasure, what is Dungeon Crate?

Dungeon Crate is a new subscription box service designed for roleplayers and tabletop gamers. It will contain items like dice, miniatures, tokens, coins, RPG jewelry, terrain, dungeon tiles, mini flats, dice bags, stickers, t-shirts, and more. With subscription box services catering to geek life, pop culture, and other random nerdery, Dungeon Crate will offer a more targeted box designed for giving role players items they can actually use in a variety of games. It will also include a monthly digital crate with maps, modules, charts, and more.

How did you first come up with the idea for Dungeon Crate?

I wanted to start another business outside of my current writing service. When thinking of what to do, I tried to find a business that would utilize my skills as well as my interests. After coming back from Gen Con in 2015, I was enamored with all the fun accessories I found for use in my games. I looked into various loot boxes, but found none that offered what I would want as a roleplayer. Boxes like Loot Crate seemed to have cool stuff, but only a couple things I would use or be interested in and nothing I could use in game. When I discovered subscription boxes, I found the perfect way to combine my love of games with my entrepreneurial spirit. I wanted to design a box I would love. A box where every item would somehow be used on or off the table.  There were so many small vendors, businesses, and creators, I figured it was the perfect way to help them and offer cool stuff to gamers in the process. I’m also a crafter and make lots of things like terrain, dungeon tiles, props, etc. I felt Dungeon Crate would be great for incorporating crafting items as well. There’s a HUGE community out there of fantasy crafters that make amazing things. I wanted to make sure I got them covered as well, so we’re including things like brushes, paints, glue, bases, and other crafting items.

Can you tell us the names of any of the vendors you have lined up for the first Dungeon Crate?

You’re opening up pre-registration in January. Why should I pre-register versus just waiting?

Pre-registration helps everyone out. Subscribe early to get in as a Founding Member, which has advantages such as prizes and discounts. Or just ordering when enrollment opens in January helps us gather the revenue to quickly place orders from vendors, order packaging, and other costs included with the launch. It’s kind of like a kickstarter without having to actually do a kickstarter. We’ll be emailing everyone on our list first when we launch, so if you’re signed up on our mailing list, you’ll get first shot.

Right now folks can go to dungeoncrate.com and get on our email list. Once we open enrollment, the site will change and reflect that. We’ll also have an online store for Dungeon Crate exclusive items and items from our vendors.

Wayne, thanks so much for the interview and good luck with Dungeon Crate!
– Shawn

p.s. We’re always looking to get to now tabletop gamers who are creating awesome stuff a little better. Contact us if you’re interested in an interview to talk about your gaming experience and your product, podcast, blog, etc.