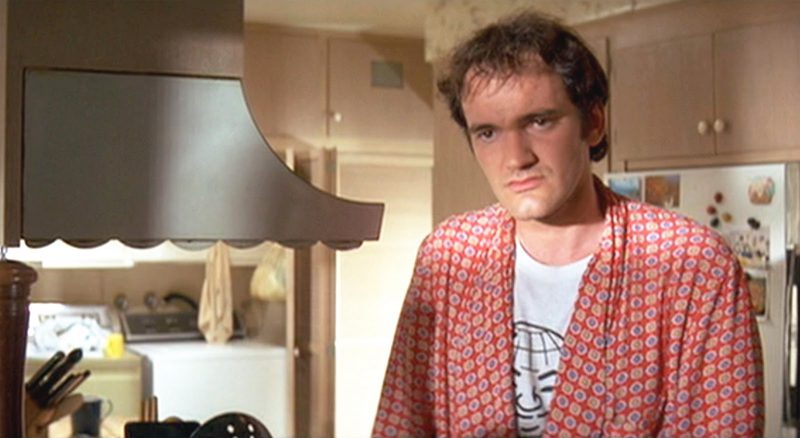 It shouldn’t come as any surprise to anyone that reads my stuff that I’m a huge fan of homebrew. Except for most of the things in the Players Handbook, I homebrew until the cows come home. The adventures, the campaign, the dungeons, the magic items, the cities and towns, and sometimes even the campaign world itself are all my own creations. Over the past twenty years I can count the number of pre-fab adventures I’ve run on two hands and I have no regrets.

However, drumming up your own adventures and campaigns every week can lead to some weird places. Most of the time, these weird places are failed experiments and will never be repeated. But every so often you find one or invent one that is pure gold. That’s when making homebrew really pays off and both the DM and players can enjoy something both unique and immensely entertaining. It also comes with the bittersweet knowledge that you and your players might be the only ones to experience this great adventure. This is the double edge sword that all homebrewers must endure from time to time. It’s your blessing and your curse.

At this point you might be wondering what kind of weird and wonderful stuff I’m talking about. Well what follows are four examples of strange campaigns I have worked on and run with various players over the years.  And while I don’t lay claim to be the “first” person or even the “best” person to come up with these campaign ideas, I did develop them on my own and ran many of them back in the late 90’s and early 2000’s. Here they are in no particular order:

I think my original idea for this one was inspired by the movie Big (1988) with Tom Hanks and Freaky Friday (1976) with Jodi Foster. I had all my PCs roll up characters and I kicked off the campaign in the usual fashion. However, at one point they faced off against a powerful evil aligned Psionic who somehow managed to scramble their personalities and escape. For the rest of the campaign, all of the players would experience frequent (about two times a session) dizzy spells where they would all have to pass their character sheets to the person on their left (we played around a table back then). This meant that every player had to control two and sometimes even three different characters a session. Eventually, the group caught up to the Psionic and forced him to put everything back to rights before he was taken in to face justice. This campaign, despite it being a bit confusing at times, was wonderfully diverse and allowed for absolutely no character fatigue on the part of the players.

This idea grew out of my love for the classic SNES game The Legend of Zelda: A Link To The Past (1991). In that game, Link must continuously travel between the light world and the dark world in his efforts to free the seven maidens and defeat Gannon. I was so in love with the game concept of two very different worlds being so closely connected that making a change in one world might change something in the other that I decided to try to emulate the same effect in D&D. As a result, I came up with two worlds called EverGreen and EverWhite. Both were identical islands and the characters could magically travel back and forth between them. The only difference being that one version was always lush, tropical, and bursting with life; while the other was cold, snowy, and practically silent. Think Dagobah and Hoth from The Empire Strikes Back. The fun in this campaign lay in the gimmick that the players needed to achieve certain goals in one world in order to make any progress in the other and also vice versa. It lead to some great puzzles and fantastic debate amongst the players on where they should go next.

Back in the days of 2nd Edition, there were a lot of magical curses and dark magic that could actually take levels away from players. The withering curse from a Litch or the “lose two levels” card from the Deck of Many Things spring to mind. At some point, I decided that a more powerful form of this curse/magic would make for an excellent story, so I came up with the reverse level idea. It goes something like this: All of the characters begin the campaign at a high level, or even the highest level. Very near the beginning they must confront an insanely powerful mage or demon. During the fight, or perhaps even after the fight as the enemy dies, they curse the PCs with a perpetual withering spell. This means that the PCs will now lose one level’s worth of experience every 24 hours. Once they all reach 0xp, they perish. As a result, they must quickly adventure in search of the only item powerful enough to remove the curse, a ring of wishes. But as they lose levels they will become weaker and weaker and they must make character decisions in reverse. That is to say they are no longer picking which powers, abilities, and spells they want their characters to have but which ones they must lose. Hit points, spell slots, abilities, and even the basic stats will all decrease over time. And, as the DM, let me assure you that it is a lot more interesting watching your players level down than it is watching them level up.

This idea was obviously inspired by the works of Quentin Tarantino, but in particular his early works of Reservoir Dogs (1992) and Pulp Fiction (1994). For those of you who don’t know, both of these movies were as much a triumph of movie editing as they were of great writing and good performances. That is to say that Tarantino hardly ever tells a story in a linear fashion. He jumps back and forth; he shows part of a scene, jumps to another, and then returns to finish the first. Sometimes he shows the ending first, the beginning in the middle, and the middle at the end. Confused? Well it all makes sense if you watch it; although admittedly, it sometimes takes more than one viewing to puzzle it all out. But it is masterfully done and suffers from surprisingly few plot holes.  Now when it came time to try to emulate this style in a D&D campaign, I did my best to keep it simple and let the gimmick do most of the hard work. I plotted a basic adventure where the characters’ village was attacked by a powerful, evil cult and the PCs decided to group up, gain some levels, and go out seeking revenge. However, I then decided to chop the story up into segments and rearrange them into a non-linear order. The only trick to this was having multiple versions of the characters on hand at various levels. Then, with that done and the “Tarantino” story ready to go, I was upfront with my players on what I was doing and they were totally onboard. The result was a fantastic campaign that was over much too quickly.

Have you ever designed a homebrew adventure or campaign that was both weird and wonderful? Please comment below!