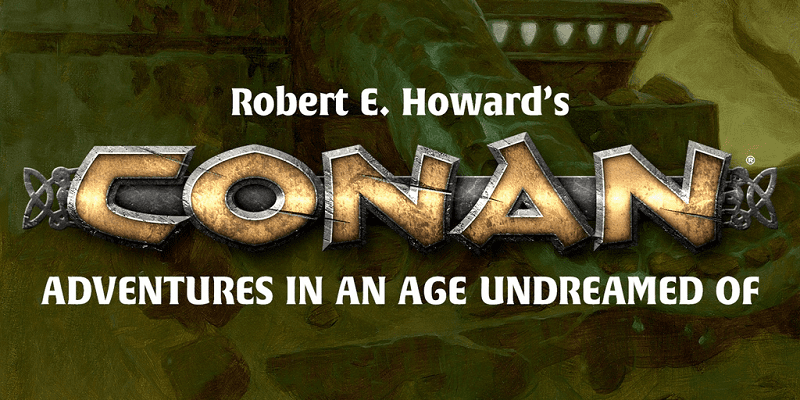 Today we see the British Game Publisher Modiphius crowdfunding the highly anticipated roleplaying game: Conan: Adventures in an Age Undreamed Of. The kickstarter has already funded within hours, and will run until March 20th with estimated delivery this early summer. Here are the details from the kickstarter: 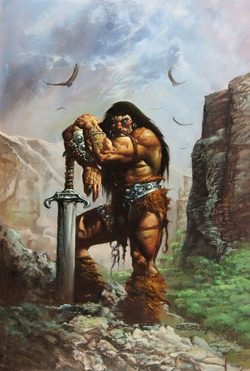 Modiphius Entertainment, creators of award-winning roleplaying games like Achtung! Cthulhu and acclaimed table top and board games like Thunderbirds the 50th Anniversary co-op board game, is pleased to announce the Kickstarter for Robert E. Howard’s Conan: Adventures in an Age Undreamed Of roleplaying game has hit its initial goal of £45k funding in just over two hours.

Featuring one of the biggest line ups of artists ever to work on an RPG, Conan: Adventures in an Age Undreamed Of features the work of cover artist Brom, and legends of illustration including Sanjulian, Simon Bisley (Slaine, Lobo, Batman and Heavy Metal)  Val Mayerik (Conan the Barbarian, Savage Sword of Conan and Howard the Duck! ), Liam Sharp (Judge Dredd, Red Sonja and Mam Tor: Event Horizon) and Daren Bader (Magic The Gathering, World of Warcraft, Red Dead Redemption) plus a host of other celebrated Conan artists.

Joining these titans of illustration is a renowned writing team headed by Jason Durall, and guided by award-winning Robert E. Howard scholar and essayist Jeff Shanks, (Conan Meets the Academy) and featuring Patrice Louinet and Mark Finn, which completes one of the most formidable line-ups in RPG gaming, an august company worthy of the great Cimmerian himself.

With the initial funding target now met, Modiphius will be looking to add in further Stretch Goals which include a standalone art book, doubling the number of artworks featured within the core book, the Conan the Thief campaign book and unlocking the Blessings of Mitra, a set of special rewards including a double-sided Hyborian map and cover poster once funding reaches £100K. 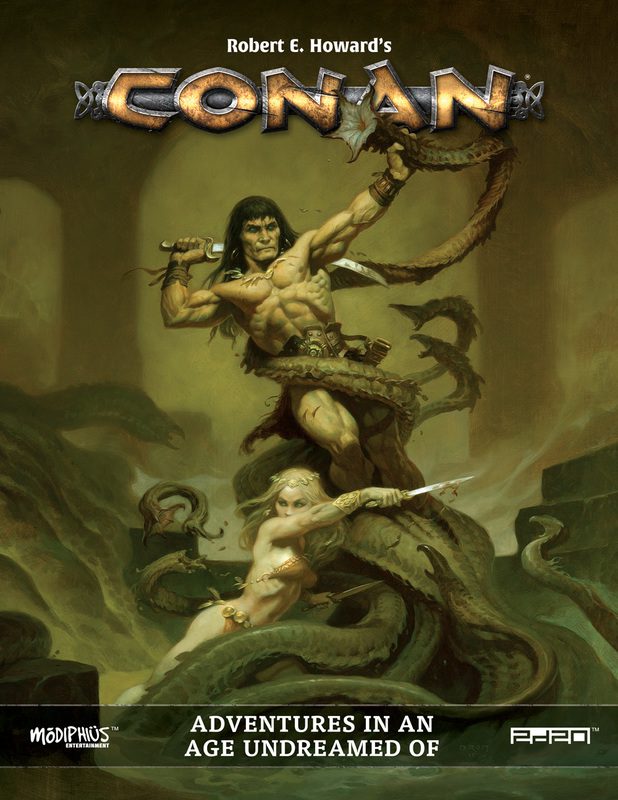 Chris Birch publishing director of Modiphius said: “After a long year of toil it’s incredible to see this funding in such a short space of time, it’s really a tribute to the passion of Howard & Conan fans everywhere and the hard work of Jason Durall and Jeffrey Shanks for putting something such an incredible lineup..

“But the Hyperboria Age contains many other stories, legends and adventures and we’re really looking forward to exploring those with the legion of fans who’ve backed us on this amazing Kickstarter.

The Kickstarter for Conan: Adventures in an Age Undreamed Of  launched on Tuesday 16th February at 12 Noon GMT. Anyone wishing to sample the game, will also be able to download a free Quickstart sample from DriveThruRPG on Thursday 18th February.

Watch the Conan playtest from Modiphius below:

More news about Conan can be found at Modiphius