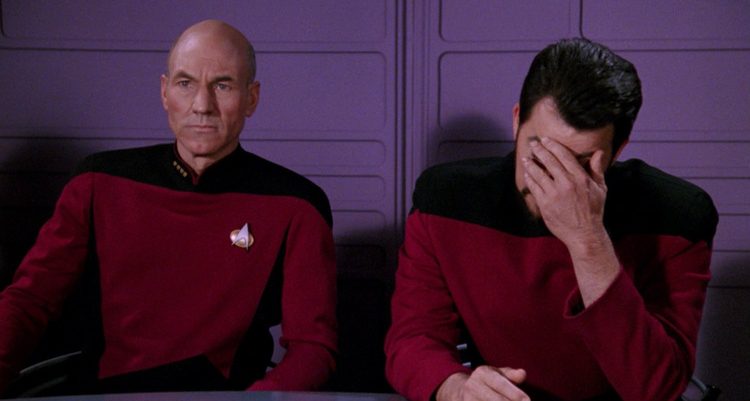 If you spend enough time roleplaying, either as a player or as a DM, you will eventually encounter a player that can be best described as difficult. (There are also a few other select words that could be used, but I’m taking the high road.)

These players might be bullies, they might be bigots, they might be whiners, they might be overly emotional, and so forth. As a result they create situations that are supremely awkward, frustrating, infuriating, insulting, or uncomfortable. Unfortunately, it is almost inevitable given enough experience. After all, many roleplaying groups have at least one or two outspoken/strong-willed members who aren’t afraid to say things or even do things that would make the rest of us think twice. Additionally, roleplaying is a social game and sometimes being social means stepping into uncomfortable situations or having awkward conversations.

So, I would like to share with you some of my own experiences in the land of difficult players to potentially aid you when something similar raises its ugly head in your game. I’d also like to preface this article with a perfectly good disclaimer: I am not a trained councilor or psychologist. Even though I may give advice on how to approach these situations, I fully accept the fact that my method and way of handling things could be interpreted as incorrect by a professional. All I can say is, I’m just an average guy with lots of roleplaying experience, and (what I think is) above average decision making skills. Now with that out of the way, here we go:

Now the nature of this player can vary greatly depending on the group of people playing. I’ve had the experience of being a member of an all-male group throwing out constant remarks about the opposite sex that would make a feminist quite irate. Oppositely, I’ve also had the privilege of running an all-female group of players where the jabs toward the male half of the gender were coming fast and furious and more than one at my own expense. I’ve also had the unfortunate experience of hearing what could be considered raciest remarks in games and, to be perfectly honest, I myself might have crossed a line or two in the past and I am regretful for doing so. I really don’t believe that any of it was done with the intention of true hate, just jokes and regurgitation of punchlines from famous movies to make the others laugh. However, ultimately jokes and punchlines can still be sexist/racist no matter what the excuse. So what do you do if you are present when something like this happens? I think the big mistake here is to overreact. Berating the player, or even the DM, may eventually happen but it shouldn’t be the first reaction. To begin, I would speak up and let everyone in the group know that you are uncomfortable with that kind of talk/language. Make it quite clear that it is unacceptable to you. After that, I believe that most groups would be responsive and follow your advice. If that isn’t enough, then your next step might be to pinpoint who sparks these remarks and why. Once you discover the cause you may just discover the answer and be able to diplomatically confront it. Keep in mind that the people involved may not even realize what they are doing!

These players are more plentiful than you think, especially among people who take their games very seriously. Maybe they lose a favorite magical item, maybe someone else steals their kill, maybe another player has ticked them off for the last time, or maybe their beloved character has just died, etc. Whatever the reason, something sets them off and the rant/tantrum is on like Donkey Kong! It’s also important to note that these tantrums are not just confined to the players. I’ve also seen the DM go into one of these episodes when things didn’t go exactly to his/her plan. These tantrums are not only childish and futile, they can also seriously hurt the group unity and decrease respect for a player/DM. No one feels good about witnessing one of these and the awkward silence afterwards can really make a player or DM question if playing with this person is worth the effort. If you are one of these folks or play with one of these folks my advice to you/them is simple: give them a D&D timeout. If they want to act like children, then they should be treated as such.  Maybe being temporarily kicked out of the group or stepping away from playing for a few weeks may shed some light on the underlying issue. If the person truly loves the game, then they might realize that playing with an even-temper is more important than playing poorly. Similarly, if they are removed from the group for a time, they might realize that the cause of their anger was the fact they never really liked playing in the first place! A roleplaying time-out might provide just the perspective required.

Let me begin by saying this: I really enjoy when couples play the game together. I think it is a good bonding experience and an excellent opportunity for two people to spend some fun times in a different atmosphere. However, the problems arise when the two people in question bring their personal issues to the gaming table. I’ve had the “pleasure” of witnessing at least two of these meltdowns in my career as a DM and I really hope that I don’t get to see a third. The long and the short of it is this: if you both need to step away from the table, or need to miss a few sessions to work something out, then do it. Better to face the problems head on and as soon as they happen rather than bottle them up and try to “play through the pain” so to speak. It is extremely unfair to both the other players and the DM if two people are spending the whole adventure “not talking to one another”. Don’t let D&D and roleplaying be your excuse to put off something you need to deal with. Also, if you are a DM overseeing this kind of a situation and the couple can’t seem to get it together, perhaps you need to give them a push by sitting down with them and expressing your concerns. You never know, they might not even realize just how much tension there is between them and how much extra tension they are making for the rest of the group until you bring it up.

This issue can arise between DM and player, but it more often presents itself between player and player. This is where someone is convinced that someone else wronged them in the past, whether by action or inaction, and now the trust between them is completely gone and only the argument remains. “You remember that time you screwed me over?” or “Oh sure, abandon me again!” or “What kind of a hero are you?” and other similar phrases are thrown around frequently. These grudges usually start as small molehills but can grow into mountains over time. For example, I can remember two players in the past that irritated each other to the point where I had to ask one of them to leave the group. Their arguments and disagreements over almost everything overpowered the roleplaying and left the other players feeling more like observers. In this situation, my advice is for the DM to examine the underlying issue. If the cause of their friction is being caused by something in-game, make any adjustments you can even if you really have to go out of your way. Believe me, the headache of making the necessary changes will be less than the headache of hoping it works itself out. However, if the cause of the problem is something out of game such as personal issues, school issues, work issues, or even something deeper like a cultural, sexist, or racist divide, then I would personally stay out of it and inform the players that they are not welcome at my table until these issues have been permanently sorted out.

This one always confounds me regardless of how many times I see it. One of your players suddenly rolls far too well, or inexplicably has a few extra spells up their sleeve, or seems to have an extra dozen hit points stored away in their backpack. Is this a miracle? Nope, just good ol’ fashioned cheating and nothing you can do as a player will piss your DM off faster. Now I can understand why some people engage in this practice, it makes them the hero and raises their status in-game. But when the truth comes out, and believe me the more you cheat the faster it will be discovered, your reputation is going to be toast. The DM will suddenly be looking over your shoulder every time you roll and your fellow players will start calling you out on everything, even the things you are doing correctly. Put simply, it really isn’t worth it. And, as far as I’m concerned, cheating goes against all of the major principals of playing a game like D&D. The randomness of the dice, the strategy of combat, using spells at the right time and for the best effect, and even character death are all great parts of the game and need to be embraced, not avoided. If you want to cheat, go play a PC game and fill your boots. If you want to experience roleplaying, fly straight and carry on.