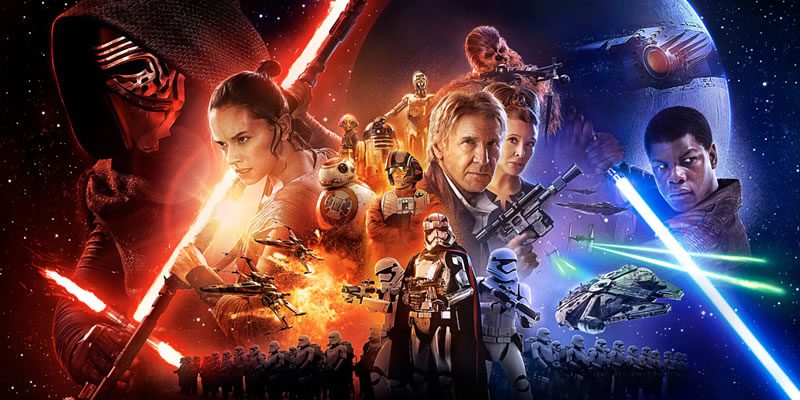 Bring balance to the light and dark side of the force by playing a Star Wars tabletop RPG game (past or present) to celebrate May the 4th. If you’re a fan of the current Star Wars game by Fantasy Flight Games, “I have good news”. A beginner game supporting play in the galaxy of The Force Awakens movie is scheduled to arrive at retailers in the third quarter of 2016!” 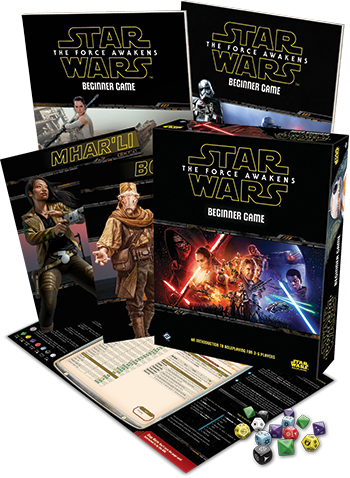 It looks like the starter adventure is set to being on Jakku, the same planet where the adventures of Finn, BB-8 and Rey began.

“You and your friends will travel to Jakku, the remote desert planet above which was waged one of the last great battles of the Galactic Civil War. ”

From the product page:

The perfect entry into the Star Wars roleplaying experience for players of all skill levels, The Force Awakens Beginner Game introduces a complete, learn-as-you-go adventure that carries you from the sands of Jakku deep into the heart of a mystery that could change the course of the galaxy.

You don’t need any previous knowledge of roleplaying to get started. Just open the box, select your character, and let the Force flow through you. Pre-generated character folios keep the rules right at your fingertips, while custom dice and an exciting narrative gameplay system advance your story with every roll.

Set during the rule of the New Republic and just prior to the events of The Force Awakens, The Force Awakens Beginner Game contains everything three to five players need to play their parts part in the struggle between the First Order and the Resistance.

Registration is Open for Roll20CON

An Interview with Shane & I-Hsien of ...