Getting Started With Mobile Frame Zero 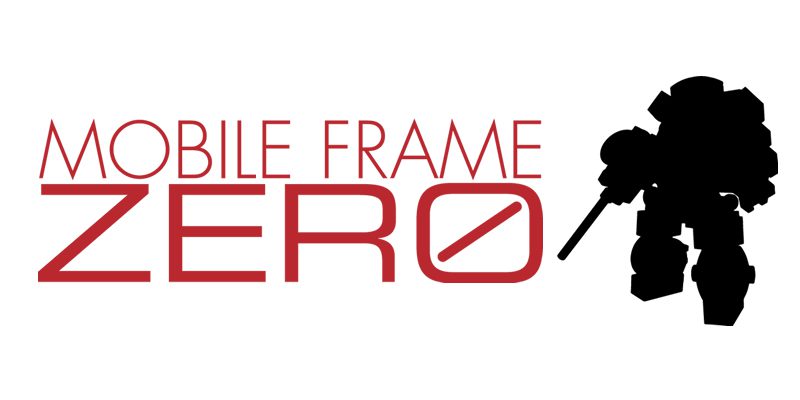 Tabletops are a great way to spend an afternoon with family or friends. Legos are the building blocks of the imagination for both children and adults. Perhaps the only way to make both these things better is to combine them. Enter Mobile Frame Zero, a tabletop game where both your armies and the terrain are built completely out of LEGO® parts.

There are two flavors of Mobile Frame Zero– Rapid Attack, which is a tabletop wargame played with LEGO mechs, and Intercept Orbit, which brings the setting into space. As of this writing, I can’t find the rules for Intercept Orbit available anywhere, but the copies are shipping to backers of the Kickstarter campaign. Hopefully that means that they will be available to non-backers soon. Rapid Attack is available for purchase or free download (Yep, the rules are free!) from the Mobile Frame Zero main page.

An Intro To Game Play

Mobile Frame Zero: Rapid Attack is a turn-based war game for 2-5 players. Your army will be assigned a number of points based on the abilities of your mechs, and those with smaller starting point totals are assigned the easier, defensive side of play to start. The goal is to maximize your score by the end of the game, which is determined by a countdown. Combat rotates in turns with each player moving, attacking, and gathering resources.

Tactics are going to depend greatly on how you set up your table. In order to keep games to a few hours, the rules favor aggressive action, so sitting back and waiting for your opponent to make a move will rarely score you the win. Turn orders shift based on who currently has the highest score in order to keep things balanced throughout the game and prevent routs, but keeping score on the fly can take some time until you get used to it. Be sure to budget plenty of time for your first couple games so you can take enough time to both work through the round and make solid tactical decisions.

The Basics You Need To Play

As I mentioned, the rules are free, so go ahead and download a copy. Even if you plan on ordering the book, you can start reading the setting and getting comfortable with the rules. The rule book also contains some basic mech designs so that you can get a feel for playing before you need to invest the time and resources into building your own designs.

You and your opponents will each need a small army of frames and some larger structures to serve as bases. In order to make the game more interesting, you’ll also want to build some basic LEGO terrain. These can be as simple or as complicated as you would like. LEGO purchasing strategies are a whole topic of their own, and I’ll go over the basics here shortly. If the building aspect doesn’t appeal to you, then you can stick with LEGO’s sets or buy custom sets, called MOCs, from various enthusiast sites.

You’ll also need dice in various colors and sizes, a ruler, and a flat area to play on. Many players have invested in felt sheets cut to designate basic terrain such as water, forests, swamp, etc. and lay out their LEGO structures on top of that.

As your LEGO collection grows, storage is going to start becoming an issue. The pieces that most mechs are built of are quite small and you will need a lot of them if you are planning on having enough to build an army or two and have some left over for experimentation. The best choice I’ve found so far is tackle boxes, especially ones with easily adjustable bins. By hitting sales you can get them for just a few dollars a piece. 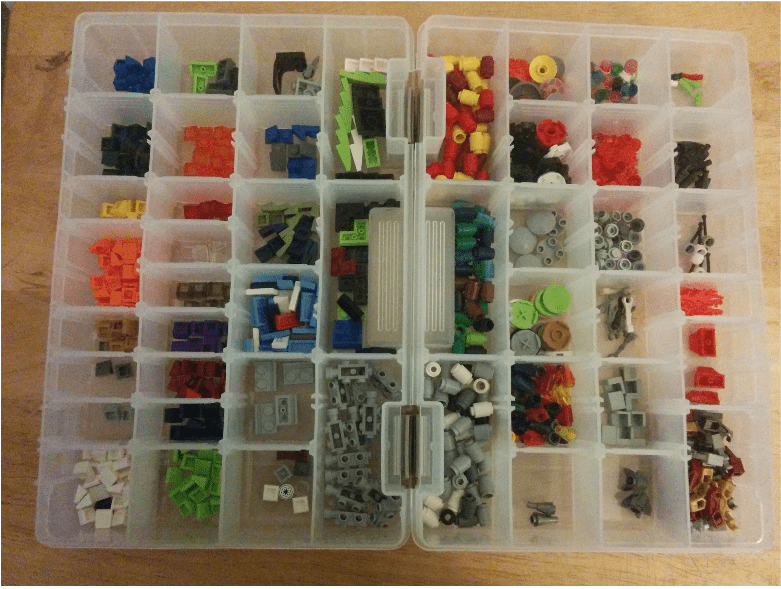 Perhaps the biggest barrier to playing this wonderful game is getting a solid collection of LEGOs going. Most LEGO sets only have a few of the pieces that work well for mech building, and unless you find a good sale, the cost per piece is more than you will spend buying parts from a reseller. The finer points of LEGO buying deserves its own article, but here are some basics.

BrickLink is the biggest site for buying individual LEGO parts, and acts as a collection of independent stores that use a common interface. The advantage of this layout is you can buy just about any part you want at a reasonable price, but it can be nearly impossible to get all the parts you need for your mechs from a single shop. Since shipping isn’t free (margins are too thin to make it affordable for sellers), buying from multiple stores can get pricey quickly. Plan on investing a bit of time into shopping if you want to get all your bricks from one or two shops. Unless your budget is large, stick with a couple basic mechs and plan your shopping list ahead of time to simplify the process as much as possible.

The rules get you started with Mobile Frame Zero, but there is a wealth of knowledge about mech building in the community. This is not an exhaustive list of resources, but it will give you a solid base to start building and playing.

This can go two ways. Playing the game will help you understand what kinds of mechs will work best with your strategy, and playing with your LEGOs will help you build better mechs. As with any tabletop, reading the rules will only get you so far. You really need to dig in and start playing to get a feel for how the game actually works. If there’s a game mechanic you don’t like, change it up! The rulebook also has some guidelines on how to modify the game to suit your tastes, as well as some warnings about house rules that often don’t work out as intended. 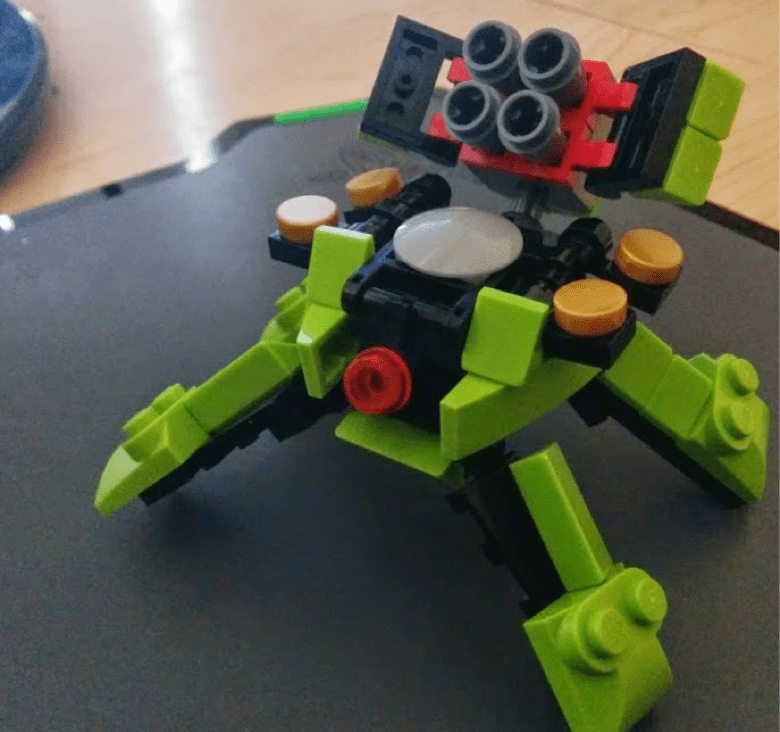 LEGOs aren’t just for kids, and Mobile Frame Zero gives gamers of all ages a way to take the world’s favorite building block into new territory. If you’ve ever walked down the toy aisle and thought, “Wouldn’t it be great if we could use those for a tabletop?” Mobile Frame Zero just might be worth giving a try.

The Three Musketeers & Swashbuckling Ideas for ...