Starfinder & Other News from Paizocon 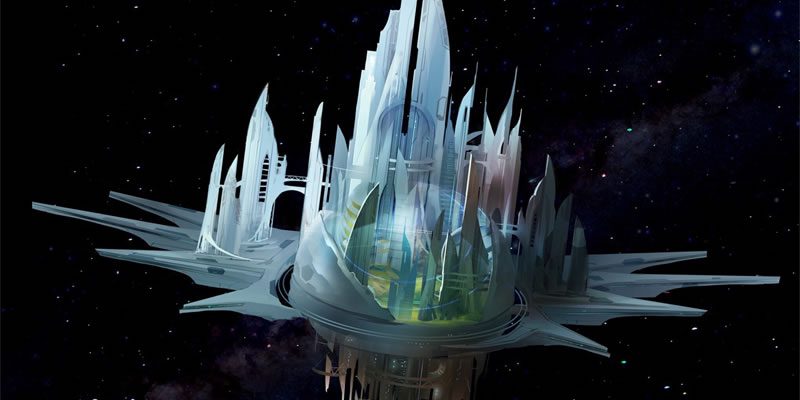 August 2017 at GenCon, “Paizo will be releasing the Starfinder Roleplaying Game—a new science fantasy RPG based on the Pathfinder universe and rules, but complete and standalone. It’ll be backward compatible, so you can still use all those Pathfinder RPG bestiaries, but will feature all sorts of new classes, races, equipment, and other elements uniquely suited to our far-future setting.” Full Story ›

HarmonQuest is a new TV show from Community’s Dan Harmon. The 10 episode season arrives July 14th on Seeso (NBC’s subscription streaming channel) and will be part animated, part live-action (filmed live before a studio audience). The show stars comedians Erin McGathy, Jeff B. Davis, and Spencer Crittenden as the game master and features guest stars such as Aubrey Plaza, Ron Funches and Paul F. Tompkins. If you haven’t already seen it, you can check out the trailer here.

Not many details here but it looks like we are getting an organized play system for younger players and GMs, geared towards player 6 and up. They did a great job on the Beginner Box Kids Track, so I’m pretty excited about this, even though my kids are old enough for regular rules now.

This Lovecraft inspired AP has “the adventurers awaken within the walls of the eerie Briarstone Asylum, their minds wracked and memories missing. As they work together to recover their missing time, they soon learn that the cause of their eerie amnesia is but a symptom of a much greater cosmic menace. As they struggle to retain their sanity, the heroes must ally with other asylum residents and fight against the monstrosities that have taken over the asylum and plunged it into nightmare. Can the adventurers defeat the terror that stalks the halls and free themselves from their prison of madness?”

A different take from the gothic horror we are seeing from D&D, in this book you’ll find:

This book will provide a ton of customizable encounters with settings, foes, and options necessary to run campaign-ready encounters for heroes of level 1 to 20, with “with no prep!” using Pathfinder Flip-Mats and pawns.

This new book will provide 20 groups of villains such as Arcane Society, Carnival Troupe, Death Cult, Fanged Monastry, Merry Outlaws. This looks like a great book for throwing groups of NPCs that go beyond the group of bandits who attack your caravan.

In this adventure, Hobgoblins take over and the PCs are all “Robin hoods.”. Should be fun for wilderness focused PCs and those who like animal companions and playing druids. Classic monsters such medusas will be featured too.

Let us know in the comments below what you think of these upcoming products.

Getting Started With Mobile Frame Zero – ...