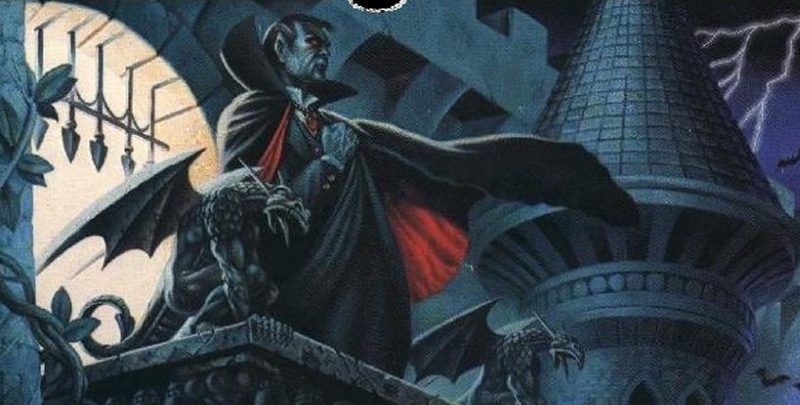 Back in the eighties and early nineties, TSR decided to release 2nd Edition material in boxed sets. In my opinion, these sets were top notch and provided exactly what most DMs needed: playgrounds. They provided just enough information to get an adventure or a campaign started and left more than enough blank spaces for the DM and players to fill in with their own ideas and material. There was usually a fully developed pre-fab adventure to introduce the PCs to the location/setting and then the box was jammed full of extra goodies like NPC pre-gens, very high quality maps, and monster manual supplements. Aside from my core books, these boxed sets were the most used materials in my library by a very wide margin.

So what happened to them? Well the simple answer is Wizards took over TSR in 1997 and released 3rd Edition in 2000. As the new edition came in, the old boxed sets went out. This was more than likely done to cut costs as the profit margin on a 100 page hardcover book retailing for $40 is quite higher than a boxed set with three booklets, four maps, and supplemental material retailing for $50. And that’s not to say that I feel Wizards were being cheap. They were only trying to get the brand back to profit as TSR was on the brink of bankruptcy before they were bought out. However, I do feel that they may have thrown the baby out with the bathwater in the process.

So now with 5th Edition in full swing and the “Starter Set” successfully released as a boxed set, I think Wizards has an excellent opportunity to revisit the concept of releasing boxed sets on a regular basis. Thus, to give them a friendly nudge in the right direction, what follows are five previously released boxed sets that I feel could use a 5th Edition makeovers. Here they are in no particular order:

Now I like Forgotten Realms as much as the next person, but after almost three years of playing there in 5th I think it might be time to explore some of the other settings. And the good news is, we will soon (as of the time of this writing) have a new Ravenloft adventure for 5th (See Here). So why not a big beautiful Ravenloft boxed set. And while I’ll admit that I’m am personally not the biggest Ravenloft fan, this setting seems to attract a more adult and mature type of player and that is a wonderful thing; especially since most of the 5th Edition material to date seems to be aimed at young adults. Ravenloft would give Wizards a chance to explore some darker themes and perhaps even allow some genuine “horror” adventures along the lines of movies like The Blair Witch Project, The Ring, or Saw.  It would also be fun to redesign the setting in a more updated gothic style which is less Bela Lugosi and more Tim Burton. After all, I think we can all agree that the nature and style of a good horror story has changed a great deal since the original set was released in 1983.

Dark Sun was the late arrival to the lineup of D&D worlds in 2nd Edition and I guess the designers were aiming for something a bit more brutal than the others. If so, they succeeded! In a world with little water, almost no metal, scarce magic, few cities, no active gods, and almost everything designed to wear you down, hope can be a difficult thing to find. I found it very unique and refreshing that just surviving Dark Sun can be a quest in itself. Unlike the Realms or Dragon Lance, there is little room for gallantry and glory when all you’re trying to do is find the next water spring before the horde of half-giants find you. That being said, such a unique campaign setting deserves better than just a book. It would be nice to see some world maps and a city map of Tyr, also some booklets on the races and factions of Athas would be nice. What is Thri-kreen culture really like? Why do the Halflings eat people? What does it mean to be a Mul?

3) Dragonlance: Tales of the Lance

Originally published in 1992, it would also become one of the last pieces of Dragonlance materials to be produced by TSR for the franchise before the Wizards takeover. I personally believe that while Dragonlance was one of the most popular fantasy novel series of the 1990’s, the Chronicle Series alone selling more than 3 million copies, they were royally screwed by TSR in the roleplaying department. Time of the Dragon (1989) was the first boxed set to be released for the setting and it had practically nothing to do with any of the main characters or the War of the Lance. Tales of the Lance was an attempt to rectify that mistake, but it was too little too late. By 2001, Wizards licensed out the Dragonlance roleplaying rights to Sovern Press Inc. which lasted until 2007. At this point, Wizards has had the ability to publish new material for nine years and have done absolutely nothing. Shame, shame. But now, with 5th Edition rolling along, there is a chance for Wizards to redeem themselves. There is also some hard evidence that a Dragonlance reboot might be possible as Kenders have found their way into the PHB and several people at Wizards have made posts and hints that a new Dragonlance team might be in the works.

4) The City of Splendors

As far as the Forgotten Realms go, Waterdeep is THE city. You can visit many others, but nowhere else can you find the perfect mix of opulence, danger, intrigue, debauchery, gallantry, exotica, entertainment, heroics, and death. It’s sort of like smashing the whole of Game of Thrones inside of a single sprawling city. And, to paraphrase some famous words, “I don’t always do city campaigns, but when I do, I set them in Waterdeep.” Recently, the board game Lords of Waterdeep and its expansions have been a huge seller for Wizards. Why not update the boxed set for 5th Edition that will better reflect the quests and intrigues players have come to know from that game? Add in a whole new book on the factions and the lords themselves and you’ve got pure roleplaying gold! Personally, I feel that the old maps/paintings of Waterdeep were among some of the best ever published under the D&D brand. Keep that bar set high with some new maps and fresh artwork regarding the city as a whole and some specific areas or buildings of the city we have yet to see.

And I’ve saved my personal favorite for last. The Menzoberranzan boxed set was, in my opinion, the perfect mix of maps, information, and plenty of open-ended plotlines and adventure hooks to keep a DM and a group of adventurers busy for months. It was also one of the few campaigns where I encouraged my players to be evil and indulge in their darker sides. So now that R.A. Salvatore is onboard as one of the principle voices for 5th Edition, it makes perfect sense to me that Menzo needs an overhaul/update. Many important events have happened in Salvatore’s City of the Drow (see the Forgotten Realms novels) since this set was first published and I would love to see it all get brought up to speed with the new arrangements of houses and the growing displeasure of Lloth among the population. I’m sure that over the past 20 years, the popularity and cult following of this boxed set has only grown and today it would make for a huge seller.