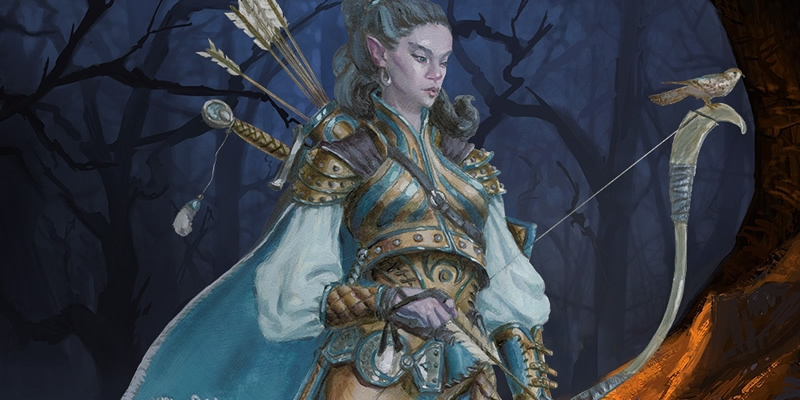 The new and improved Ranger is here from Wizard of the Coast’s Mike Mearls! After a few cracks at the ranger, we get an 8 page PDF that renames its archetypes to conclaves and they hope will have everyone loving the class again. We also see the re-introduction of the Deep Stalker Conclave who is most at home in the Underdark and was last seen in Unearthed
Arcana: Light, Dark, Underdark!. They basically fixed the base class, left the Hunter alone and fixed the Beast Master.

“Over the past year, you’ve seen us try a number of new approaches to the ranger, all aimed at addressing the class’s high levels of player dissatisfaction and its ranking as D&D’s weakest class by a significant margin.”

I’ve only read it once, but on first reading here are some highlights…

I’ve had players in my campaigns play both the Beast Master and the Hunter. The Hunter seems pretty good in combat, but I really like seeing the improvements to the Ranger as an explorer. I’ll be asking my current player if she is interested in playtesting this. As always, remember this is playtest material.

Let us know what you think in the comments below. I’m hoping one of us can have a more detailed analysis out later in the week.

(War) Craft Until You Hate Yourself