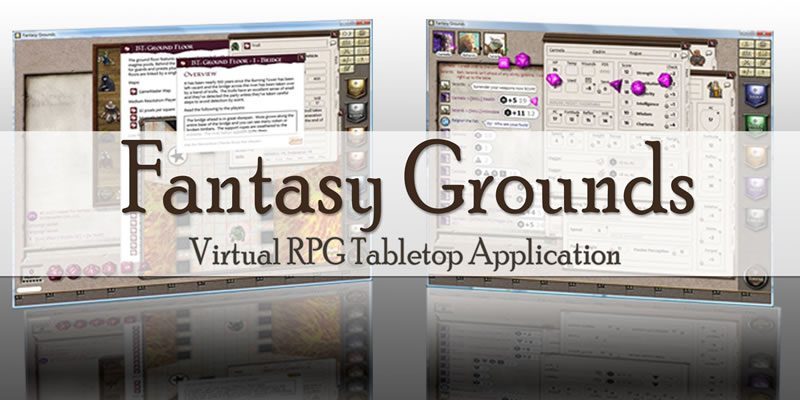 I’ve been going through the newly released D&D Volo’s Guide to Monsters module on Fantasy Grounds, and was also surprised to find a new Fantasy Grounds 3.2 update waiting for me. There are a lot of great new features and changes in the update. If you don’t know, Fantasy Grounds is a virtual tabletop experience that you can run games for your friends on your computer. It 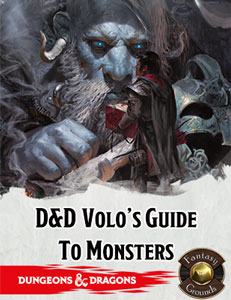 automates a lot of things like dice rolling, character sheets, campaign maps, and monster stats. You can play online, or use a digital screen on a table or a projector on a wall. Now if you want to learn more, you can go to Fantasy Grounds and get a demo version or you can get one on Steam.

Also we’ve put up a few articles about Fantasy Grounds and virtual tabletops in the past that you can check out here:

Now on to the new module. Volo’s Guide to Monsters is a rather large addition to the D&D rule set. The book has just released, and you can purchase it here: D&D Volo’s Guide to Monsters. The Fantasy Grounds digital version of Volo’s Guide just like the book adds not only monsters, maps & backgrounds for the Dungeon Master, but also options for players. The integration of Volo’s guide into Fantasy Grounds is very welcomed. Without a book in hand, I was able to read and search for things very quickly and build an encounter on the fly. I was also able to build several player characters quickly with the updated software.

Here are a few screenshots of Volo’s Guide to Monsters that were provided by Fantasy Grounds: 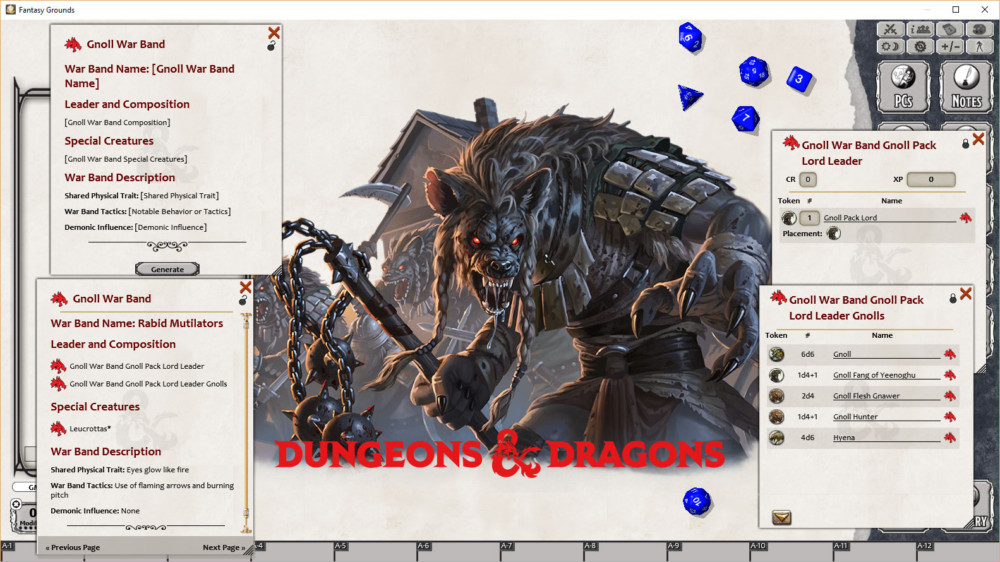 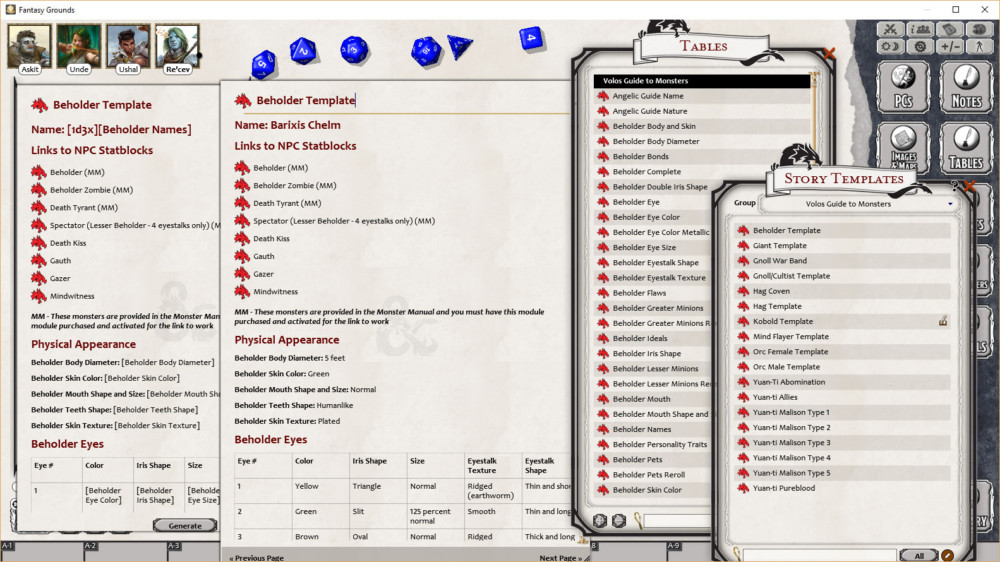 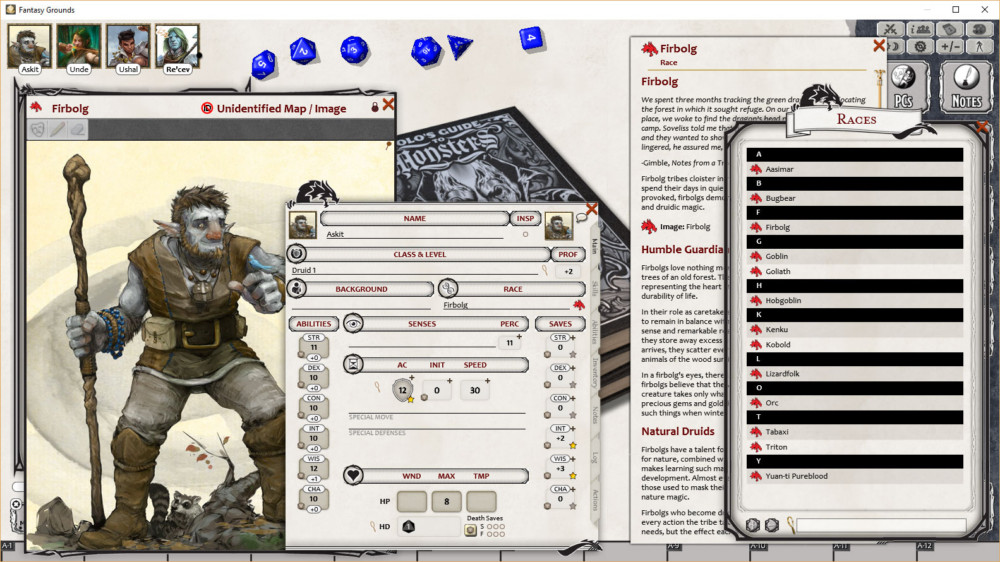 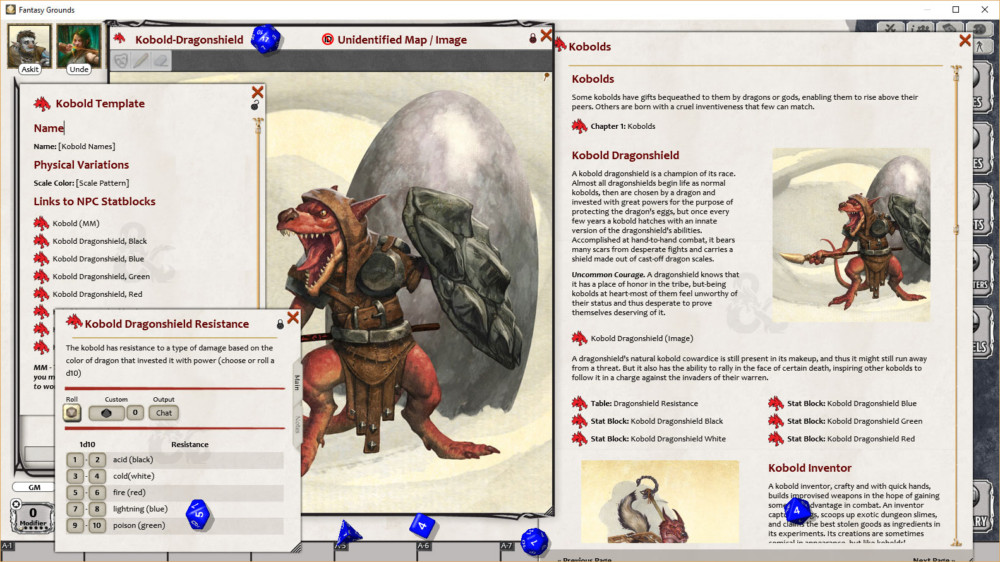 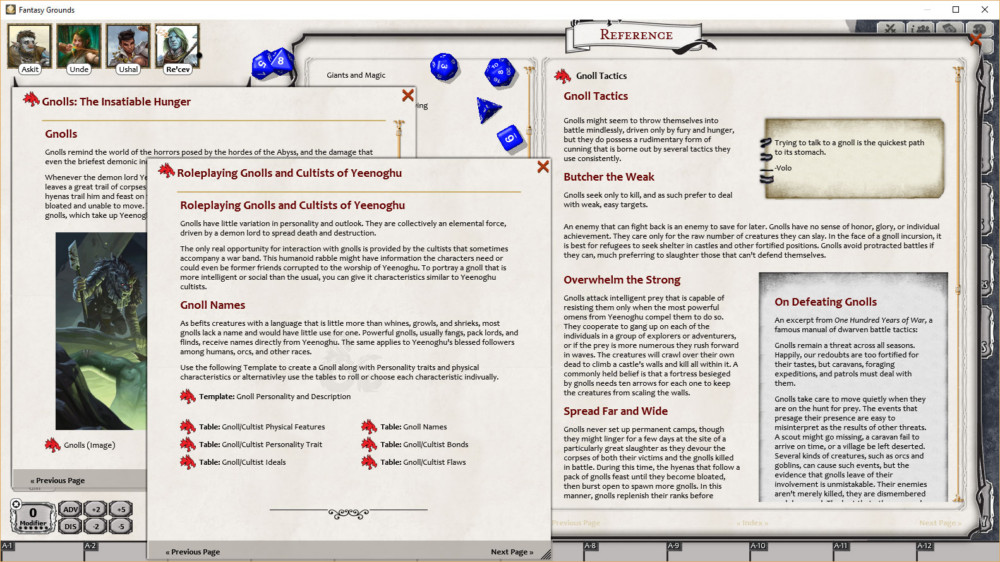 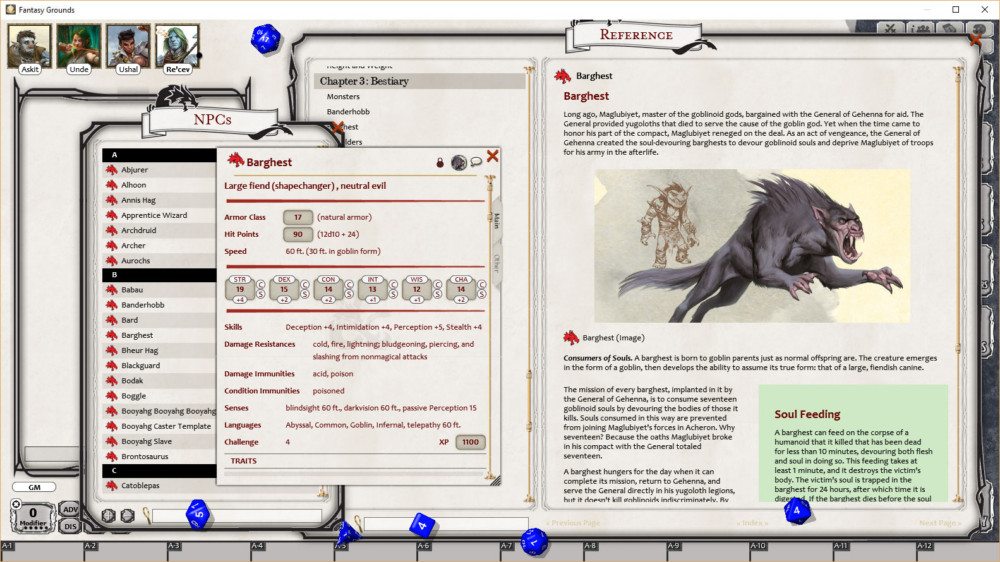 As you can see in the Gnoll Warband Creator screenshot: there are set encounters that allow for editing and changing from a standard offering. Volo’s Guide to Monsters takes the most typical monsters that dungeon masters use. Also the Random Templates screen show a way to take a base creature and apply random data to make unique monsters.

New Monstrous Races screenshot: The Monstrous races are drag and drop, and work like the other races.  The small icon is pulled over to the character sheet and add the applicable race characteristics. The ability scores will be set to a standardized 10, so you should go ahead and select those before choosing the race. If you happen to not like the choice, then you will need to start over, because you can’t just drop in another race.

Details on Kobolds and NPC Types, and long with the Detailed Reference Material and Monstrous Bestiary gives you typical screenshots of what you can read on the details on the monsters, and their background. This Monster Lore is focused on iconic D&D Monsters, so there are also places that allow for bringing these details directly into a campaign scenario. This gives the Dungeon Master details on origins, behavior and lairs that you won’t find in the Monster Manual.

If you own Fantasy Grounds, then this is a must buy for playing D&D 5th edition games.

Requirements: A license for Fantasy Grounds (Standard or Ultimate) or an active license subscription, with the built-in 5E Ruleset.

Recommended: D&D Complete Monster Class Pack is necessary for some of the random encounters to fully populate lists of minions, pets and allies.

So I mentioned that Fantasy Grounds was updated, well you can watch Doug Davison go over the update by watching this video walkthrough: