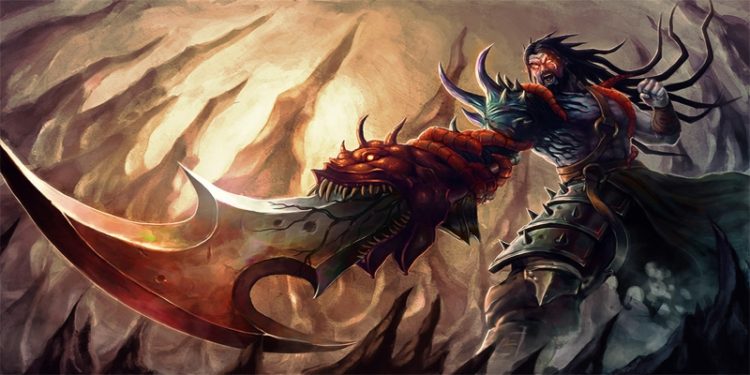 “Bar none, I am the most humble-est
Number one at the top of the humble list
My apple crumble is by far the most crumble-est
But I act like it tastes bad outta humbleness”

-excerpt from I’m So Humble, by Connor4Real

Group conflict, thy name is ego. While certainly not every group has issues or breaks up due to ego, you would be hard pressed to convince me it isn’t the most common reason. It happens routinely to musicians, writing teams, actors, think tanks, work teams, and the entire world of cooperative and competitive gaming, just to name a few. Seriously, think of all of the movies and web comics out there that depict just this very thing happening in a group of gamers. In fact, the popular webcomic Weregeek has a storyline going on about this right now. How many times have you played a game and someone gets salty as a Starbucks holiday drink about something or other and then people just either no longer play that game, or game night breaks up? I’m willing to bet it’s more than you thought. In fact, I am willing to bet that everyone reading this is responsible for at least one group breaking up or having major conflict to resolve. I mean, except for me. Obviously. Despite this, let me suggest something: rather than shying away from group conflict or working to immediately accommodate someone’s ego, it’s worth it to work through this discomfort. 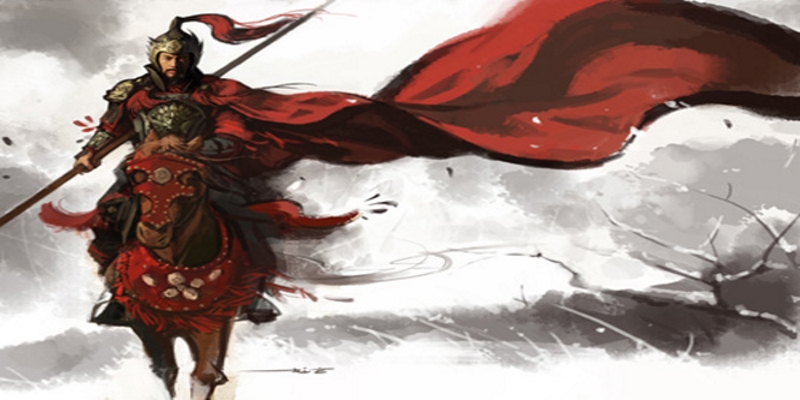 Dungeons and Dragons and Infighting

This is true for all games in general, and I’m writing it because of my own recent experiences with D&D, and because I am a lover of both eSports and traditional sports. You might be of the mind that these are different things with different dynamics, but the differences are more minimal than you think. This past year saw the Chicago Cubs picking up Arnoldis Chapman, noted relief pitcher, during late July, when it was clear they were in a good position to make a deep post-season run. At the time, Chapman was thrilled with this development, as the Yankees were in no way going to compete. Chapman pitched three innings in a crucial game five, Cubs down three games to one and facing elimination, and managed to preserve the lead during the process. He then pitched in a blowout victory in game six, and blew a lead in game seven, but managed to hang on and get the win. Afterwards, the Cubs decided to part ways with Chapman, as it was a short term contract, and Chapman puts the Cubs on blast for the way they used him in those games. Oh, and he re-signs with the Yankees. In the world of basketball, you might remember a little debacle known as “The Decision,” where LeBron James took “his talents to South Beach.” James couldn’t get the roster of the Cavaliers to perform as he wanted it to perform, and instead collaborated to make a “super group” with the Miami Heat. After he won two championships, he went back to Cleveland to build a team to win a championship. He managed to succeed last year, and all of his previous sins were forgiven. In the world of eSports, we are knee-deep in “rosterpacalypse” for Smite, where all of the Smite Pro League teams are tearing down and rebuilding for the coming year. One of the more famous players in the scene is now taking a hiatus after being kicked off a team due to personality issues. The championship team of the past two years has been around forover two years now with the same roster. Go figure.

D&D isn’t immune to this. I’ve been rotating through variations of player rosters for the last two to three years, until this latest group has been consistent. Let me tell you though, it hasn’t been easy to keep things rolling. The first two attempts with the majority of this group were an ill-fated Ravenloft game that also led to an explosion of our video game group, and a Planescape game where we lost a player and there were some issues with the nature of Planescape. This was not helped by my decision to only run official content because it would “make my life easier after the birth of my son.” Oh, how very wrong I was. Not only was it more work to adapting it to a new edition, but it was equally hard to take some of the oh-so-very 90s things in adventure design and try and make it work. When this was coupled with the out and out divide between players and what makes Planescape so unique, it was destined for failure.

I took these failures hard. I spent a lot of time talking with fellow DMs, such as my esteemed colleague Brandes Stoddard, and really trying to focus on what I could do better. While I typically do a self-review after a session, I hadn’t ever really had cause to do a “deep-dive” on what worked, and what didn’t work. After two failures, it was either move on from these people, who are friends and were really jonesing for a campaign, or try and figure out what worked. I opted for the second option, and set about trying to fix it. The first thing I knew was an issue was group interaction. Even though they had a good group concept for the second game, a group people who performed odd-jobs for powerful wizards, there was a cohesion that was lacking between the players. Providing that is partly the role of the players, sure, but it is the role of the DM to facilitate a successful session whenever possible (successful doesn’t mean the characters are successful, just that the players have fun). To that end, I took the Smallville RPG front end, and put together a city web for the players to fill out. That worked well, but as the players decided to leave the city and branch out, we started to run into the same problems we previously faced as a gaming group. 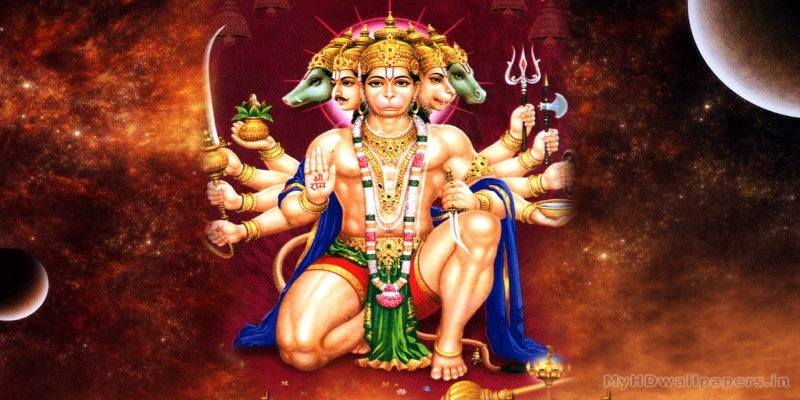 Simply put, the group lost sight of their stated goals as a family, and instead of arguing through options and goals, the communication became lost in the noise, and people were shutting down. I’m sure you have heard it. The dreaded “whatever” or “fine”, sometimes even “fine, whatever.” Soon, every session had tension that caused it to have moments of awkwardness. Now, I am no stranger to group dynamics. I have been in the IT industry for over a decade. I’m familiar with, and a believer in, Tuckman’s stages of group development. In brief, Bruce Tuckman proposed a theory which said there are four phases of group development that need to occur in order for a team to grow, face challenges, commit to problem-solving, plan, find solutions, and eventually produce desirable results. These four stages are generally referred to as forming-storming-norming-performing. There is sometimes a fifth stage attached to this referred to as mourning (or adjourning), referring to when the task is complete and the group breaks up.

Each stage is easy to understand. During the forming stage, goals, opportunities, and challenges are laid out. People are often excited during this stage, though they tend to work as individuals. Everyone tends to try hard and be nice, but care mostly about themselves. It’s not until the storming phase that conflict arises. Here, people start to question the actions of others, question leadership, and clash on differing ideas. The important thing here is tolerance and patience to move forward, but without too much mollifying and concession. Norming is the group accepting each other and starting to get work done. However, if the group can’t handle conflict or controversy about new ideas, the potential flags. The last stage is full performance. People trust each other to do the work, and not much supervision is needed. Groups might backslide in phases for various reasons, or even skip a stage, but the progression remains.

In most cases, when groups fall apart, they are in the storming stage or can’t progress from the norming phase. People are either unwilling or unable to move past obstacles. Instead of focusing on the problems, they move on to the next thing, even though the same issues will confront them, particularly if this is a personality issue. D&D groups are no different. My first try with most of these players ended in the storming phase. The second died in norming. The third try was fluctuating between norming and storming, though the storming was typically after long breaks. To that end, I decided to confront it head on. I issued the players a questionnaire. 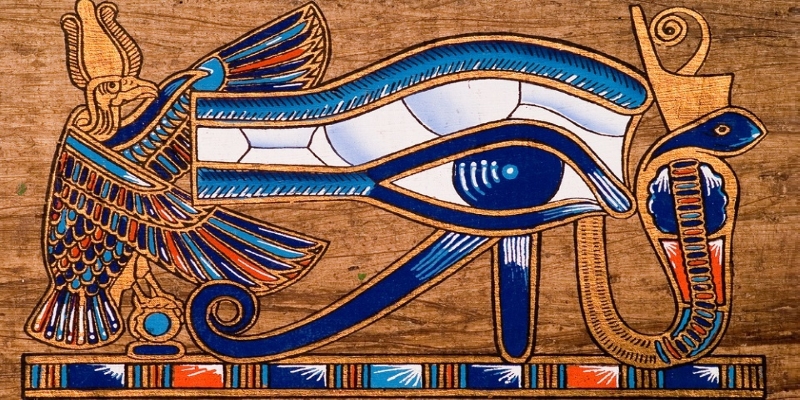 The questionnaire was short, consisting of four questions:

Each player filled out the questionnaire, and I made it clear I was looking for honest feedback. The response was great. It encouraged players to think had about their goals and actions, take ownership of the same, and encouraged them to communicate with me the person, not me the DM. For my part, it helped me better understand them, and learn more what works for them. For example, one player wasn’t interested in crime plot, while another wanted opportunities to show off a bit more. Good information to have, and to discuss with the group.

Since then, the group has had more energy than ever and there is an excitement the group has that was previously on the backburner. There is a level of discussion present that wasn’t there before, and conflicts are discussed, rather than ignored. It’s glorious.

If you find yourselves in these situations as a DM or player, it’s worth the effort to move beyond storming and norming. It’s not the easiest thing in the world to do, for sure. You might find some things you don’t like or disagree with. You might hear some truths that make you uncomfortable. You have to move out of your comfort zone in order to reach peak performance. However, I am thrilled with the results, and am prepared to face the future with this group. I am sure you’ll find the same, should you rise to the challenge. You have it in you. Be great.