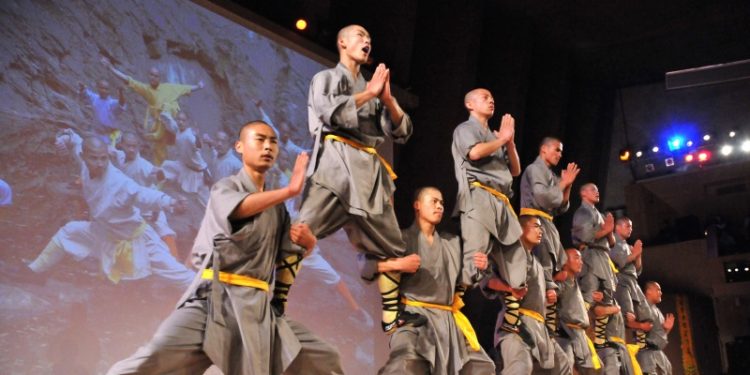 It’s been, um, a little while now since the History of the Classes column covered character classes rather than social classes. Other than the Warlock, Part Zero, back in October, I haven’t covered classes since February of last year. Thanks for sticking with me, and I hope you’ve enjoyed all of the other things I’ve covered in the intervening time. Today, we’re starting in on the monk, which I can safely call another of the most controversial classes in D&D, and by far the most often banned of the “standard” core classes, according to statistics that I just made up (but based on conversations I see online).

In 1975, TSR released Supplement II: Blackmoor, following on Supplement I: Greyhawk. Neither of these supplements have much to do with the settings listed in the titles; instead, the twin Demiurges of D&D each released a supplement with a bunch of rules from their own tables. It is, first and foremost, a reminder that D&D has always been a rules-hacking playground. The DM’s Guild page for this product has some great commentary, but nothing could beat Tim Kask’s Vituperative Insult Hour comments on Arneson’s failings as a cogent writer at the time.

All of us started somewhere. Lord knows I wouldn’t care to be held accountable for the game design work I created in my teens and early 20s.

Anyway, the monk. Prior to this point, all of the character classes are explicitly European-friendly; that’s the apple-cart that the monk upsets, and that’s the fundamental reason that it’s so often banned. Because how many “lone traveler from distant exotic lands” can you really have? (Answer: one per campaign should do it.) I don’t really want to get into the issues of race and monoculture that suffuse this 42-year-old conversation, because I’m not real likely to change anyone’s minds. I’ll simply say that D&D has a lot of awkward-fit classes, subclasses, races, and so on, and it’s always been hilariously bad as a history lesson, so maybe let’s just chill. On the other hand, monks have a more narrowly defined social role and origin than most classes, so I would like to see creative energy pumped into diversifying their story beyond “I went to a monastery or dojo and learned stuff, now I wander the world without significant material needs.”

To the one monk in my own campaign, this comment doesn’t apply to you. You did a top-flight job of working with me to create a graceful fit with the rest of the setting.

The original monk, then, is a variant within the cleric class that shares zero features with the cleric, except for saving throws.

And that’s the monk. The flowery level titles are in full effect here; I particularly like “Immaculate” at 4th level. They also have to punch their way to the top, from 6th all the way to 16th, and the rules call out the possibility that you are fighting another PC for the level (and, if you win, demoting that PC to your previous level, even stripping them of XP). Monks magically know (“treat as a Geas”) where to find their opponent. I cannot describe how glad I am that the whole “win a duel or you don’t get to level” thing is gone. A casual glance at the values for open-handed damage, attacks per round, and hit points suggests that you could boil the duels down to an initiative roll and pretty much call it good.

A lot of the long-term design trends that only 4e really breaks are in evidence here: unarmed attacks are as good as or better than armed ones (the damage bonus with weapons is a surprise, but a worthless one unless the weapon does multiple dice of damage), a scaling unarmored AC bonus, lots of attacks per round, lots of mental resistance or immunity, a self-heal, several unique agility-related features, and Quivering Palm. The wide range of thieving skills was unexpected, though we will see that later editions’ monks have superior skills to Karl Q. Fighterbro.

All told, and with an exception for 4e, this might be one of the least changed classes in the whole history of D&D, though 5e’s mechanics are cleaner, saner, and better balanced than these by any standard. The standouts, then, are the things that have gone away: opening locks, disarming traps, speaking with animals and plants, and the ultra-crit rules. The OD&D monk is a blend of ninja assassin (surprise advantages, stealth, weapon and unarmed murder powers) and enlightened soul; over the next several articles in this series, this stays the same, save for a lot of tinkering in how to present the “enlightened soul” part.

But there’s another monk in OD&D: the Rules Cyclopedia Mystic. It’s pretty similar to the one above, so I’ll take this at high speed:

The mystic is a clear improvement over the monk in many areas of clarity and function, but it’s still incredibly hard to survive at the lowest levels and incredibly overpowered at the highest. It doesn’t significantly alter the themes of the monk, other than the punishment for oathbreaking, but it’s a little better at expressing those themes.

Next time in the History of the Monk: Advanced Dungeons and Dragons, First Edition. Judging by what the Wikipedia page on the monk class says, we are in for quite a weird ride, as there are a lot of internal variations at stake here.

5 More Ideas for Your Next Campaign