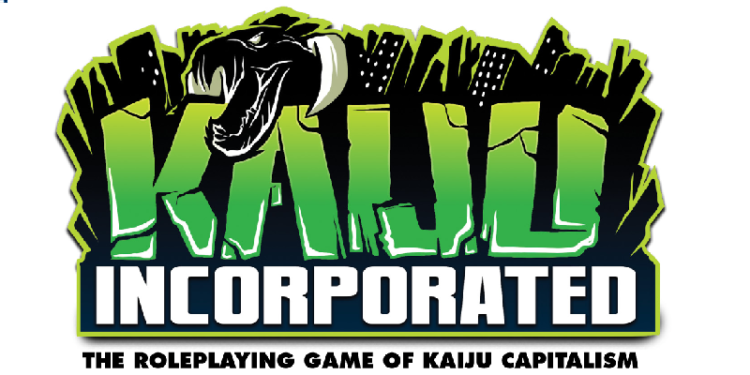 Evil Hat Productions gives us a new FATE roleplaying game supplement based on a world full of giant monsters and corporations that keep everyone safe while making a lot of money. But, you don’t take on the role of the Kaiju Ace in this story. The Kaiju Ace is the person that uses a mechanized armored robot called Battleboto to battle the Kaiju. Instead you start off as part of a Kaiju clean-up crew that saves people from buildings that have come down, samples that the monsters have left behind during their rampage, or tracking down a monster to their lair to stop the destruction from happening in the first place. The game has a feel of being at work. But an interesting sort of work dealing with giant monsters, corporate ambition & politics, and weird science. 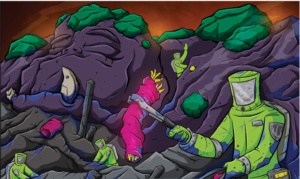 Imagine a world where monsters are real. We’re not talking vampires or werewolves, but the giant monsters of B-movie cinema stomping their way through cardboard cities. In this world, giant monster attacks are one more natural disaster, and many famous cities have been rebuilt multiple times. This cyclical process gave rise to a billion dollar industry for the companies that rebuilt the cities, built the machines that fought the monsters, and cleaned up the remains of the creatures. This is the world of Kaiju Incorporated! 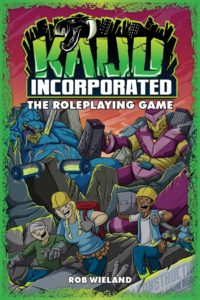 Jump into the lives of the workers for the world’s biggest multinational Kaiju-conglomerates! Rebuilding the world following giant monster attacks takes a Kaiju-sized work-force. Do you have what it takes to face the hazards of mayhem, destruction, biohazardous waste, human resources, minimal career prospects, and really really big footprints? Find out in Kaiju Incorporated: The Roleplaying Game!