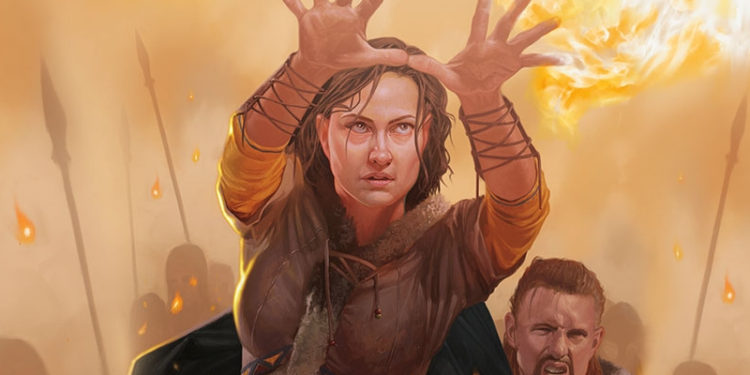 After last week’s release of the third mystic iteration, and given that the week before that had one wizard subclass shoved into an article mostly on warlocks, I thought Unearthed Arcana might give this week a miss. I was, of course, mistaken! Today we have two new wizard traditions: Theurgy (a reprint) and the new War Magic tradition, which I can only assume is here for Cormyrean War Wizards. (It’s surprising that they released Purple Dragon Knights without putting War Wizards in the same book.)

The theme of theurgy is straightforward some gods of magic grant their power to wizards, as an alternative or complement to Arcana clerics. Considering how thin the thematic walls around “wizards can’t use healing magic” are in 5e, I’m totally fine with Theurges being the ones that stop messing around and just let wizards heal if they want. As a reminder, we saw the Theurgy in the Faithful UA document. Nothing has materially changed, so I’ll take this quickly:

Overall, this is fine. On paper, it’s not exciting because almost every feature is a pointer to another class or subclass feature. If you follow through and see what that means you could combine with wizard, some interesting things emerge – the Light Domain’s Corona of Light, the Tempest Domain’s Thunderbolt Strike, and so on. Of my own published cleric domains, Blood is a bad fit in the same way that War is (heavy reliance on weapon and armor proficiencies), Exorcism is probably stellar, and Spirit should be excellent. Those are all fairly well in keeping with Theurgy themes, though, so that comes together tidily.

The one other thing I want to say here is that the Wikipedia page on Theurgy is a great basis for a setting cosmology, particularly one that wants to blur or completely erase the lines between arcane and divine magic.

As I suggested above, the War Magic tradition fits strongly into the long-established theme of the War Wizards of Cormyr. I know there’s a prestige class for War Wizards in 3.x, and I think there was a kit or something in 2e? I’m not really sure at this point, and I’m not doing the legwork right now. Anyway, if you thought of War Magic as the blend of Abjuration and Evocation, you’d pretty much have it, as the flavor text spells not. Um, hot tip, these folks do not get a bunch of non-combat features. It’s interesting that they’re not based heavily on the 3.5 warmage class, but I doubt many people are mourning the absence of said class in 5e.

The things that War Magic grants are potent in a narrow window, rather than broad and versatile. They’re useful features, but if you accept my argument that these defenses are here so that the wizard can take riskier positions for shorter-range AoEs, then it’s a lot of work just to replace Sculpt Spells. Power Surge is still boss at 6th, but 4 levels later, the Evoker gets Empowered Evocation. Power Surge adds two dice of damage once per short rest, so at best we’re talking 2d12 (an average of 13). Sure, Power Surge works with some number of AoE non-evocation spells. Empowered Evocation, on the other hand, adds your Intelligence modifier (let’s call it 5) to every wizard evocation you cast. So just ask yourself if you cast three evocations or more between short rests.

The last big advantage that the War Mage has is some help against concentration interruption, particularly important if the DM gives NPCs the Mage Slayer feat. For that… yeah, that’s still pretty solid. (The initiative bonus is good, but not dominant enough to worry about.) Those defensive benefits do protect you from ranged attackers, skirmishers, and the collapse of your front line in ways that the Evoker has to spend a ton of time and spells to match. Ask yourself how often you’re having those problems and whether you want most of your subclass features to be how you solve them.

I would like to see another run at War Magic that expands its capabilities into something more than its core combat loop. I’m not saying they shouldn’t be about warfare! Just that so much of that concept has already been nuked and paved by the Evoker that they need to say something new about how to carry out boom zap murder. (For what it’s worth, writing this has given me a new appreciation for the Evoker.)