Five Strange, but True Facts to Inspire Your Game 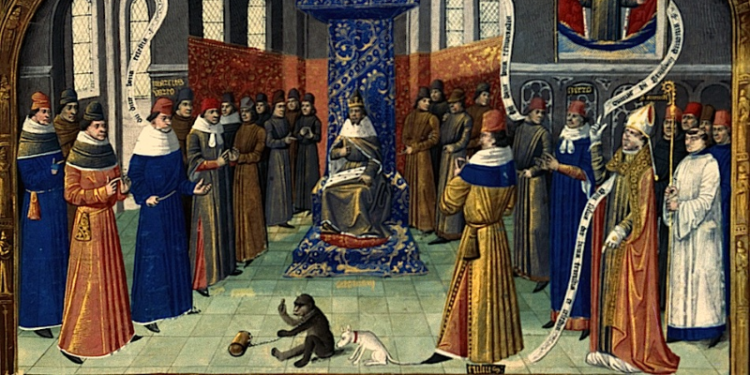 Every now and then, I run across something strange and think, “that can’t possibly be true.” I spend some time researching it, reading about it, and falling down a rabbit hole of various traditions to come to a conclusion about this surprising piece of information. To my complete astonishment, it turns out to be true. The usual course of action from that point forward is to spend the next several hours messaging people I know to tell them about this bizarre, to me, historical tidbit. If they are unlucky enough to encounter me in person, they get the whole story of how I stumbled across the fact, my research process, and the ultimate conclusion of my “investigation.” It took me far too long to realize that some of these strange historical facts might find a happy home in someone’s tabletop campaign. In fact, the only reason it occurred to me at all is because I stumbled across one while playing the PS4 game Nioh. So, without further ado, here is a bunch of weird, true things to draw upon for inspiration.

1. A Cat’s Eyes Can Tell You the Time

Early on in Nioh, you are talking to a dude in a cut scene, and he breaks out a full-sized cat from his g (which meows and blinks sleepily)i, looks at it, and says, “dawn is approaching.” The look of confusion on my face was so apparent the other person in the room with me started laughing out loud. I stopped playing right then, and had to look this up. Sure enough, telling time by looking into the eyes of a cat is not only a real thing, but one that has been around for hundreds of years. Cats have eyes that are way more sensitive in a human – processing something around six times the amount of available light – meaning that bright light is a pain in the keister. The pupil of a cat’s eye is elliptical, and is more variable than that as humans. The pupil is a tiny slit during the day, but widens to be completely round at night. Once you become accustomed to the various sizes, this can be used to accurately tell the time. As weird as it sounds, it’s totally true. I can’t get the image of a world where everyone has a pocket feline to help them be punctual out my head, personally.

3. Animals Used to Be Tried in Court

This isn’t just an isolated incident or anything. There are multiple examples of animals appearing in courts from ancient Athens to 10th-century Iraq to being something that was commonly practiced in the 18th century in Europe. It isn’t something that is limited to animals with “human-like intelligence”, either. Courts have tried pests such as rodents, serpents, and weevils for damaging crops, going so far as to banish or excommunicate them. A bull that trampled someone might appear in court on murder charges. If found guilty, they would sometimes even be dressed as people before they were hung or otherwise executed. In the case of bestiality both parties would be tried. Some of these cases are amazing, too. Like the time an attorney argued that when a group of rats failed to show up in court, it was because the summons wasn’t issued widely enough. When they failed to show up a second time, the same defense attorney stated it was unreasonable due to the long, arduous journey that endangered their lives – because of the vigilance of the cats, you see. Personally, I can think of easily a dozen different scenarios where players are dragged into the court proceedings and have to work either for or against an animal defendant. Druids and rangers – your time to shine is at hand.

4. Eaters of the Dead

During the 16th and 17th century, wealthy Europeans would routinely eat the deceased – particularly prizing ancient Egyptian mummies – to help cure them of their ailments. Bones, blood, and fat were used in medicines to treat a variety of ills, ranging from headaches to epilepsy. Human body parts were in such high demand that it sparked a massive wave of grave robbing. Egyptian mummies and Irish burial sites were the most common targets, and thieves would even fence the bodies they stole piecemeal. Either the thieves themselves did the chopping up, or they had someone they could go to to easily butcher the dead to allow them to get more out of their fleshly treasures. After all, you could butcher an arm and get bone, fat, and blood, allowing you to hit three different clients rather than selling wholesale, so to speak. This is all even more strange when you consider this was taking place during a time period in which Native Americans were being condemned for cannibalistic practices and when Catholics were being chastised for believing in transubstantiation. If the widespread practice of ancient grave robbing for gruesome upper class desires doesn’t get your creative juices flowing, then the idea that society was debating what types of cannibalism was acceptable might.

Unbeknownst to most people, there is a super colony of ants living below the surface. While researchers once determined that Europe had a colony of Argentine ants that spread over 6000 km, and that the US had one that stretched almost 1000 km, it turns out these are actually part of the same colony. In fact, add in Argentine ants that spread to Japan, as well. Instead of displaying the usual aggressive tendencies that are seen when two colonies meet, these ants are all extremely tolerant of each other and behave as if they are part of the same colony. That means that a single colony of ants spans most of the known world. The only thing in the world that rivals this singular population is humans. To add on to that, the ant colony wouldn’t even exist in this size if it weren’t for humans, who unwittingly transported them around the world. Intelligent giant insects are always good fodder for games, as are underground societies that lurk just beyond the view of the waking world. It could be even more terrifying if the real world met fantasy, and this vast colony of biting, stinging, flesh-consuming insects were unleashed upon the waking world by a malevolent intelligence. In a less nightmare-inducing scenario, the players could be forced to wade through a sea of ants and broker a deal with the various queens to be granted passage through their domain. Either way, have fun thinking every tingle you have on you for the rest of the day is an ant.

My hope from all of the above is that at least one of these bizarre things sparks an idea you can use in your own games, or encourages you to look into the strangeness of our actual world and history. Having these real world oddities to rely upon can be a great way to help define a game more, add some flavor, or just serve as a jumping off point. I can’t get enough of stuff like this, and believe that a lot of you can’t either.

Unearthed Arcana – A Trio of Subclasses