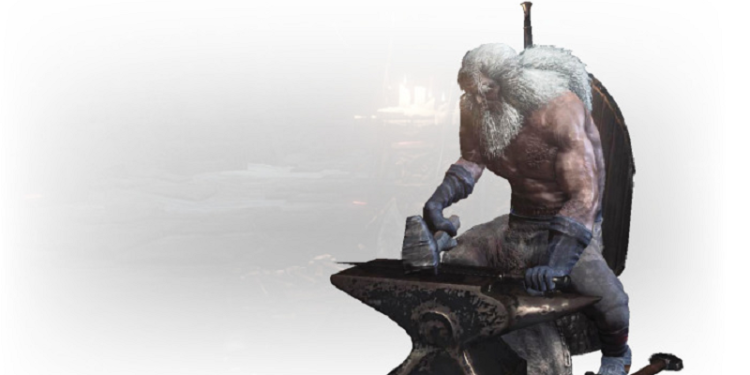 Last time around, I presented an alternate crafting system for D&D 5e. While I encourage anyone with interest to read the article in full, the short version is the system decouples character levels and crafting advancement, and largely does away with the limitations on specific classes being able to produce items. However, I definitely recognize the biggest hurdle for this system is creating the patterns necessary to support the system to the fullest degree. Fortunately, I love stuff like this and think it adds a lot to the table for all players. As I always say, if you want something to be successful, you do as much work as possible up front. With that in mind, let’s start our journey through creating crafting patterns for use with the above system. Here is the first set of 5e magic item patterns for alternate crafting.

A Word on Components

Look, I’m as much a fan of killing scores of monsters for crafting parts in video games as anyone else – including smashing their souls into various weaponry. I whistle a different tune when it comes to tabletop games, however. I’m not necessarily against it, but you should consider the following before making the heart of a white stag a feature component.

First, while there are games out there that are probably fine with players slaughtering scads of animals and monsters solely for components, it’s not something I find terribly interesting when looking to create a system within most worlds. A few one-offs are fine, but those should be marquee engagements rather than bog standard affairs. The exception would be in a world like Athas, where you might want to put magic item creation at direct odds with nature. In this case, having the components of creatures feature prominently is a solid enough narrative choice.

Second, it’s all too easy to distill conflict down to combat in D&D. Fight thing A in order to procure thing X is a clear statement of conflict, but it definitely has the potential to turn the players into environmental disasters. Instead, crafting highlighting different pillars of gameplay is for the good. If you are going to do creature features – and I love a good monster-of-the-week – then focusing them on not injuring the creature or having the creature be more of an environmental hazard is the way to go. The players get to explore a lair and partake in problem-solving that isn’t at the tip of a sword. Collecting the shed skin of a naga where the skin will crumble to dust if the naga is slain or injured beyond a certain point is one example of this. Getting the tail hair of a unicorn would be another.

Finally, I want component collection to be a combination of alternate treasure and marquee encounters. It should feel apiece with other types of adventure the players might undertake, and rewards they might receive. Needing an emerald eye of one of the temple guardians of Teotihuacan is good example. Not only would the creatures find themselves in a temple holy to a goddess, they would need to defeat a sacred guardian, and be able to explore the temple and reap the rewards of exploration. This should be a feature, rather than the guiding rule of how you obtain all crafting components. Exploration and social encounters should be a big part of how stuff gets made.

A Word on Snippets

The accompanying text and/or symbols should match the setting information you want to highlight. This is particularly true for anything items within a specific series. You might not want to create a different pattern for ammunition +1, ammunition +2, and ammunition +3. After all, it’s purely a series of numerical upgrades. It delivers throughput, but isn’t interesting from a mechanical perspective. Instead, this should be used to tell a specific story across all of the patterns – one that would be otherwise too long or too complex to tell in a single piece.

Remember, you shouldn’t write a huge story for every pattern. It should be enough of a snippet to tell part of a specific tale, giving enough information for the players to direct their actions and become experts in the subject matter. This is very much in-line with the named and signature spells that exist within D&D. Drawmij’s instant summons, Evard’s black tentacles, Tenser’s floating disk, and countless other spells bear the name of a specific wizard. Without any additional knowledge, it tells us the wizard in question either created, popularized, or altered the spell in order for it to bear the wizard’s name. What if the spell came with information about the wizard, the circumstances of creation, or a specific instance in which the spell was used by the wizard? That’s the kind of snippet that should go on your patterns.

A Word on Theme

The patterns here will have flavor text referencing the on-going series on the Zodiac and the Far-Realm. This is easily replaceable with your own setting or official D&D lore. The component and creation section, however, will be much more generic and hopefully usable for most games. It’s hard to say for certain that “one-size fits all,” but hopefully this does a good enough job of being something you can directly insert in your own game. As a reminder, each of the patterns will have the following information:

Armor of the Guard (Adamantine Armor)

“Everyone knows the tale of Pravos wielding Spatne in defense of the Library of Prouchvane against the risen night hydra. Children tell rhymes of the jade circlets adorning the heads of the most critical of those resisting Siab Rho. As beloved as both Izkov and Pravos are, it is possible none now living know the full extend of their joint works. Few speak of the armor Izkov created for those who best served Pravos, for example. The blend of jade and collapsed void – referred to as adamantine by some – protected the guard against the deadliest of blows, crucial against the assassins of Siab Rho.

–an excerpt from Jade and Blood, by Bistra Procheti

Notes: Adamantine armor does not require attunement and completely nullifies critical hits. I’m personally of the opinion this is a strong item. Being able to more readily predict and handle incoming damage does a lot to reduce the pressure from any encounter. As such, limiting the amount of times a crafter creates the item from a single pattern seems a like a reasonable balance point without having to make the materials itself all that rare. From a monetary perspective, the creation cost ends up being 325gp, well within the 101-500gp window for uncommon items. I would expect this item would sells for close to the 500gp price point, since it is so strong.

Amulet of Service (Amulet of Health)

“While the clerics of Ahnden and Rjochter firmly believe service should be its own reward, they are worldly enough to understand that altruism and benevolence wane in the face of overwhelming adversity. As such, the clergy invites all citizens to nominate their friends, neighbors, and peers who perform selfless acts or show dedication to their community to receive the amulet of service. Each spring, people from all over gather in the Czolian capital to partake in the Festival of Bonding – a week of games, plays, foods, and crafts organized by the church.  Every evening of the festival, the church awards an amulet of service to members of towns and villages across the land, inviting others to speak of their good deeds.“

-from Czolian Customs, by Adhi Ayan

Tool Proficiency Required: Jeweler’s tools
Rank Required: Expert
Material(s) Required: a fire opal worth at least 1000 gp, three pieces of moonlight silver worth at least 150 gp each (moonlight silver is silver blessed by a cleric at a ley line or other place of power), 1 oz. of oil from a night lily
Conditions Required: This item must be exposed to sunlight while being created
Pattern Uses: Infinite
Work Time (in gp): 125gp

Notes: An amulet of health require attunement, is only functional if you don’t have a certain stat break, and doesn’t provide a secondary benefit. It’s a good item for many characters, useless for others, and is the very definition of “functional throughput.” Having the item be more about the components than the structural limitation seems appropriate. We see a two different paths for rare components – moonlight silver and night lily oil. Moonlight silver requires the presence of a cleric and the physical travel to a place of power. Night lily oil almost certainly requires the assistance of an alchemist or herbalist, and speaks of when you might have to procure such an item – at night. To me, you must create night lily oil within X amount of time after harvesting the plant. You must also obtain it without killing the plant – creating a ticking clock situation to overcome.

Opushen’s Clouded Eye (Amulet of Proof against Detection and Location)

“Responsible for translating some of the first labyrinthine scrolls and tomes left behind by the Wandering Scholar, Mariyana Opushen is considered one of the first archwizards by most modern scholars. She is credited with the restoration and completion of Zaguben’s Knot. While many debate the dangers and risks of the Knot, none dispute the skillful magic needed to hide these magical pathways from all but the most knowledgeable. Opushen’s disappearance has defined her to the common people – complete with stories of her becoming the Knot Geist or the Deep Dweller of the West. – but that is most unfortunate. Rather than focusing on hearsay and the sensational, I would prefer her legacy be that of protecting us from the baleful gaze of our implacable foes.”

Tool Proficiency Required: Jeweler’s tools
Rank Required: Journeyman
Material(s) Required: shed skin of a still-living blind naga, an apple petrified by a stone spider, and platinum powder worth at least 150 gp
Conditions Required: This item must be crafted without being exposed to any natural light, and the process must begin within three days of the skin being shed
Pattern Uses: 5
Work Time (in gp): 80gp

Notes: This is an in-between item compared to the other two items above. It requires attunement, provides a niche function, and is only uncommon rarity. This item is something that should feel a little more mythical, as its sole purpose is to thwart scrying and keep your enemies guessing. It’s a story-driven item that should have an equally compelling creation story. Here, it requires two strange components that should lend themselves to adventure and exploration – the shed skin of a still-living blind naga, and an apple turned to stone by something called a stone spider. These should be evocative components that easily lend themselves to story insertion.

Next week, I’ll cover the ammunition +1/2/3 example mentioned above. The ones I highlight this week simply show a variety of attunement and rarity items, and speak a little bit about why the costs and patterns are the way they are. I’ll continue to work my way through the SRD each week. I hope you find use for these yourself, irrespective of the lore. Enjoy!