Magic: The Gathering (Plane of Amonkhet) Setting for D&D 5e 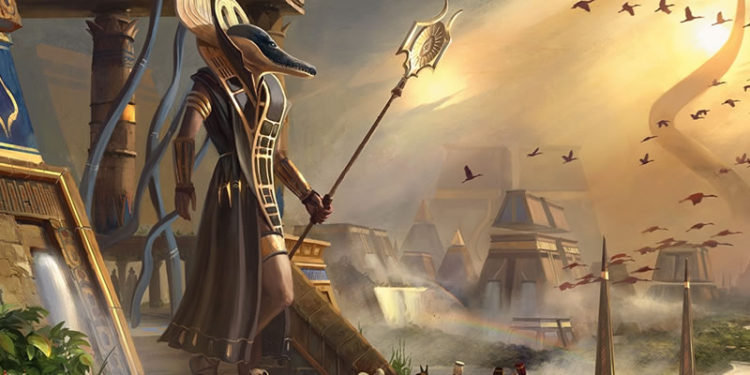 The Amonkhet expansion for Magic: The Gathering was released on April 28, 2017, and a few months later we get a 40 page PDF providing details to run adventures in this setting.

The desert plane is heavily inspired by ancient Egypt and ruled by ruled by an evil dragon Planeswalker. Amonkhet is a plane where warriors train their entire life for a chance to face the Trials of the Five Gods and join the elite ranks of the Worthy, claiming an honored place in the Afterlife.

With this free PDF, DMs can run their players through adventures in the setting including new races, new monsters, new backgrounds, and cleric domains for each of the five gods. I’ve outlined the options below, and they look like they could be great options for any campaign where the theme could fit.

Lots of Monster Manual entries are referred to such as sphinxes and crocodiles. We also get stat blocks for:

What we can learn from the MegaMan ...