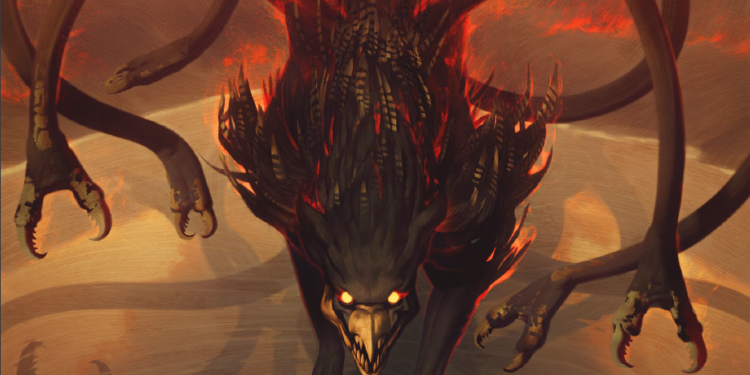 November marks the month that we receive the 10th issue of Arcadia. What a milestone! We all expected Arcadia to do well, but I definitely didn’t think we would receive this level of quality! Still 10 issues in we keep receiving amazing articles, and from what I’ve listened to in an interview with James, they’ve got articles to be written for issue 21, so there’s still a huge road ahead!

I always like to examine James Introcaso’s letters from the Editor, as they always have something interesting to tell. In this issue, James took the time to thank no other than the playtesters and talk a bit about how the playtesting process works in Arcadia and MCDM. We don’t talk enough about how great playtesting and playtesters are for the design process, so I’m glad James decided to give them some recognition!

@cconowitch
Celeste has grown a lot as a designer in these past years! She was even featured in Arcadia 3! Nevertheless, I believe that it is with this article that she will steal all our hearts. Celeste is offering us tons of new critters and ways to create your own ones! There’s no reason now to not play Pokemon with D&D 5e. I find this kind of article amazing for those DMs that are DMing for little kids or grown-ups who want to tame and befriend ALL THE MONSTERS.
Are the mechanics any good? Having created some custom familiars before for my players I can say that the methods that Celeste teaches the reader in this article are pretty much the same I use. They are not perfect and won’t create you an extremely balanced monster just like the monster creation section in the DMG doesn’t guarantee that either. There are many things to take into consideration when creating a familiar. It is no difficult task, however, and the examples and tables help a long way to make the task easier. There is even a really clever point-buy system for all those that want to stick to extremely balanced monsters.
Last but not least, the article includes both a new spell that allows other spellcasting classes to summon familiars (so you can have your entire party summon familiars if you want) and a plethora of familiar examples. The gelatinous cubelet and the miniature xorn are definitely my favorites, as they are cute-ugly, the best kind of cuteness! 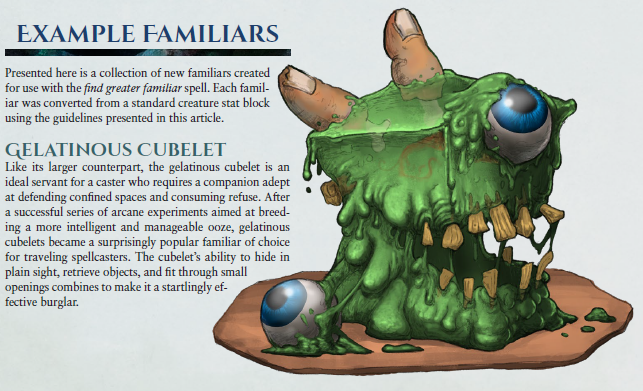 @scottfgray
I started reading the Arms of Accord expecting to only find some magical weapons, but I was surprised to find much more in it!

The magic weapons in this article vary greatly, and follow specific themes. There is a sword that is all about light, while another weapon revolves around controlling weather for example. Nevertheless, it is their lore that ties them together, as they all were forged in ages past by unknown individuals as a way of showing that not all ancestries follow a certain stereotype. However, even though all weapons should feel similar in power as they are all part of a group of weapons that tied civilizations together, there are noticeable differences in both attention to detail. You see some weapon stat blocks and lore taking half a page, while others are just a few lines.

Powerwise, the weapons detailed in the article vary greatly, with one of them allowing the wielder to cast the lvl8 control weather spell, whereas another one can cure poison and deafness as its most powerful trait. I get that some weapons might be more support-oriented than others, but I would have rather seen them all being more balanced in power with each other. Lastly, all weapons have an extra layer of versatility by allowing themselves to alter their form between different types of weapons. For example, one of them can alter its form between a shortsword and a longsword, and a longbow can alter to become a shortbow.

Ways to use them

The article comes with many different ways in which you can bring the weapons into your games. Campaign hooks list the locations of these powerful weapons, as well as fragments of lore you can add in to worldbuild around them. Some tips are also included about how you can alter their power to grow with the player character, or how it can affect the campaign to hand an extremely powerful weapon to a party of lvl 1 adventurers.

The section I liked the most, however, is the mechanical option that you can implement so that when the weapons are closeby, the wielders get access to powerful spells. I love the idea that you can feel through your weapon that the villain who wields another of the arms of accord is closeby, and end in a battle with powerful unexpected spells flying by. I would have enjoyed for the weapons to have their own unique spells that don’t already exist in D&D, but that is something that can be easily homebrewed. 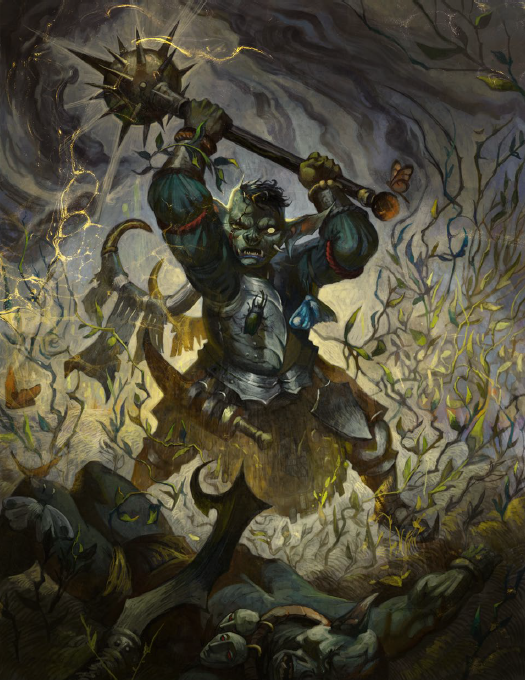 @Thrawn589
Defend yer Gobbo Cave is something you won’t see in many other places. Don’t let it fool you, it’s almost an entirely different board game that makes use of the D&D mechanics. Brilliant! The adventure feels like a board game in the sense that it has tiles you can place anywhere on a board to build your own map, the players choose characters that when they die they come back to keep fighting, and that most of it is just rules.

A group of weird enemies approach in waves to steal the gobbo heart, which is the Mcgguffin you and your friends need to protect (btw, I love the word ‘gobbo’. That’s it, I just wanted to let that clear). The players strategically position the traps in one of the 4 available maps and plan out how they are going to protect the heart. Once that’s done, the enemies are released and controlled by the DM, and the players play as the chaotic gobbos that need to destroy these enemies. To do that, they can either attack normally, or interact with the traps, which give the gobbos special abilities, force both gobbos and enemies to interact in some way, or attack the enemies. It’s all plain chaos and I love it. If you have played Pathfinder’s We be Goblins (which is free btw), you can expect a similar amount of chaos, especially if your players embrace roleplaying as these gobbos.
The “game” ends up awarding achievements to the player characters in the same way that the final stars in Mario Party work. They feel like a fun way to end the adventure. The “game” is highly replayable and I can see myself playing this more than once with my players when one of them misses the session. 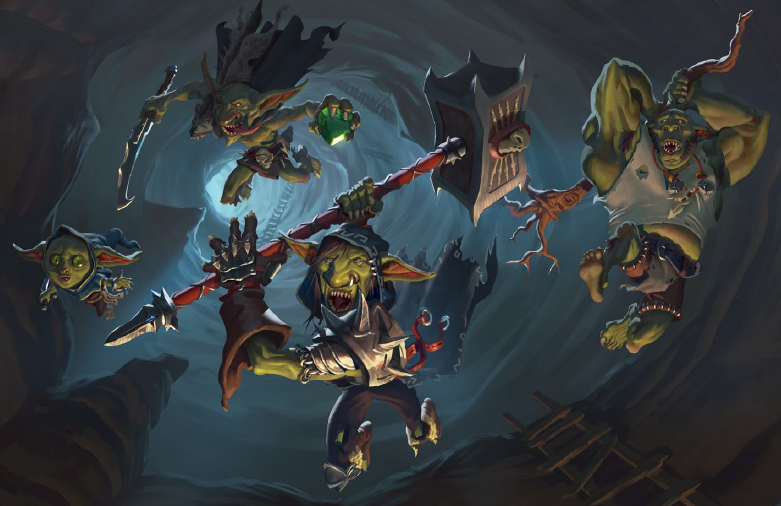 So what did I think of this issue? There is a lot to like here! I’ll definitely be using the three articles. The one about familiars is one you can easily insert into any campaign and your players will love you for it. The magic weapons are easy to insert into your games, but not taking advantage of their lore feels like a missed opportunity. I don’t think I will fully steal the weapons but I will take inspiration from them and the text that followed it to create my own. Lastly, the gobbos adventure is an extremely fun board game to insert to any kind of session, so I’m all for it. All in all, another great issue. They never seem to disappoint!

Is there one of these you plan on using more than the others? Do you already have some ideas for familiars? How do you plan on inserting the legendary weapons into your game? And would you like to see more things like the gobbos adventure in the future from MCDM (maybe its own board game??). Be sure to let me know in the comments below!!

Three New Diseases of the Deeps