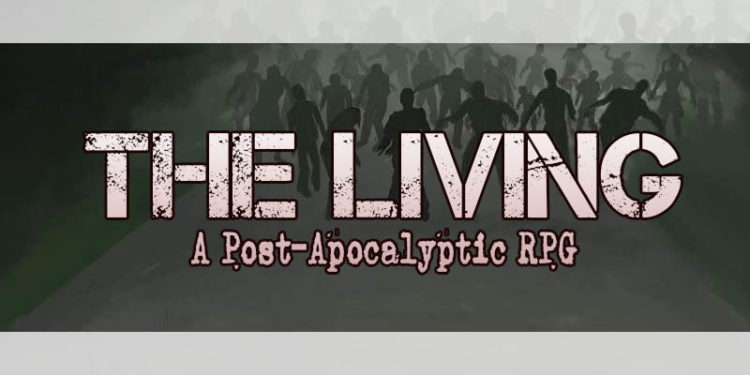 Lights flicker on a deserted street. A stray cat hisses as it runs for cover underneath a windowless, wrecked car. You see the safehouse ahead, the neon bar sign glowing red in the darkness. Your heart races, gripping your pistol in sweaty hands. One bullet left. If you run, you can make it. Maybe. You kick through the door and sprint down the street as fast as you can.

That’s when you hear it. Moans. Shuffling. Growling. Two figures behind you become four. Then ten. Then fifty. They gain on you from behind. Soon more appear to your sides down darkened alleys. The zombies are coming. Just as you reach for the safehouse door, three of the snarling undead crash out of the wooden frame. They have taken the bar too, and now nowhere is safe. You back up, pointing your gun feebly as the zombie hoard surrounds you. Trembling, you raise the pistol to your head. A gunshot goes off – but it is not yours. Sniper fire rains down, and a moment later an armored truck barrels through the street, and as the side door slides open three soldiers pour out. They lay out suppressive fire, cutting down the zombie hoard. As the commander checks you for injuries, the cavalry rushes you to safety. Watching the undead fade into the distance, you nearly collapse with relief as you are saved by the living.

The Living is a tabletop roleplaying game (RPG), which is a social game of imagination and creativity. Although set against the backdrop of a zombie apocalypse, The Living features a plethora of skills and abilities specifically designed to be used with and against living characters. From persuasion to resources, hacking to leadership, medicine to religion, there are nearly limitless situations and areas of expertise in which zombies are the least of your concerns.
Using a distinctive skill and character creation system, the versatile campaign setting has many unique features that set it apart from others in the genre:

DALE EASTERLING – WRITER
Having begun with a 10 page comic strip, Dale has been writing for over 25 years. He has covered a wide range of mediums from plays to movies to poetry – and now branches out into gaming books. He has always sought to bring story to the forefront of any project, and to paint a vivid picture using words and drawing from emotions. With the launch of The Living, Dale hopes to further develop and explore the game world as well as expand upon it in future releases.

DIEGO TORO – ARTIST
Diego has spent 22 years working in illustration, comic books, graphic pieces, and music for video games for countries like England, Italy, Spain, Canada and USA. He also has many years working for the educational publisher Didac-tic in Canada and doing illustrations for the book “Chronicles CW” by Silvano Williams. Recent comic book titles include: “One Must Break” for Beyond Reality Media (New Zealand), “Mechanical Knight” for Winter City (Australia), and “Clusterf@#k” for Alterna.

KOTE CARVAJAL – COLORIST
Kóte Carvajal lives with his lovely wife in Santiago City downtown in Chile. Since 2008, he works as Comic Book Colorist for many different projects from USA, New Zeland, UK and Chile. Besides of his coloring work Kóte is finishing his first comic strip book and writing two comic book projects: one of romance style and the other one is a sci-fi adventure for teenagers.

BRITTANI-PEARL MACFADDEN – ARTIST
Brittani-Pearl MacFadden, aka Vylkira, is an illustrator and lifelong gamer based in Connecticut. Her artistic background is mainly self-taught, but includes the Roth School of Art college preparatory program and the 2016 Illustration Master Class in Amherst, MA. As a long-time player and DM of tabletop RPGs, she is excited to be a part of the team bringing The Living to life. You can follow her on social media @Vylkira.

WENDY EBERHERDT – EDITOR
Wendy is a lifelong gamer of many kinds, but her first love is role playing games which emerged while playing AD&D in the late 1980’s with her Dad and sister. Wendy has played in dozens of systems and also runs a plethora of independent games. She is the proud face of the Denver RPG meetup group and Vice President of Gamers Giving Inc. a charity organization that runs table top gaming events. Her goal is to expand, uplift and unite the gaming community in part because it felt so fractured in her youth.

The Kickstarter campaign for The Living begins on September 15 and concludes on Halloween, October 31, 2017! We will be seeking the funds of artwork and development reimbursement, and both digital and hard copies will be available through DriveThruRPG.com

For more information on the Kickstarter campaign and project development, please follow us at: https://www.facebook.com/TheLivingRPG/.

In upcoming Tribality previews until September, we will continue to release information and videos about the Living game system and mechanics.

The 22 Rules of Storytelling