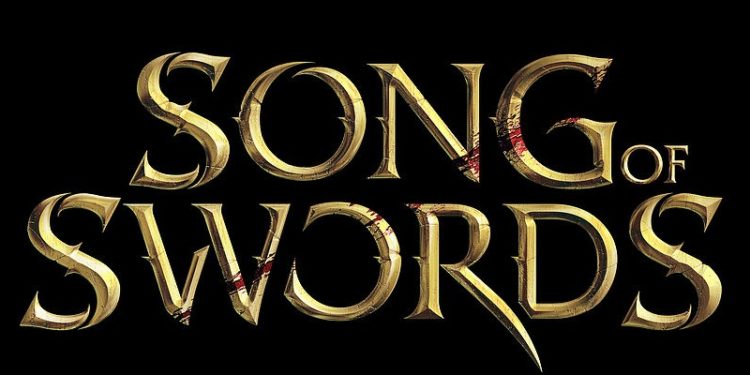 Song of Swords is a tabletop roleplaying game focused on taking combat to the next level. Perfect for historical and fantasy campaigns!

Song of Swords is a dark low-fantasy tabletop roleplaying game that focuses on lethal, tactical combat, with a library of arms and armor inspired by real history. It offers meaningful risk vs reward choices, be it through how you attack an enemy, to what motivates your character–your fate is in your hands, and the choices you make. Roleplaying is enhanced through our character progression system that rewards characters for pursuing their goals, and fighting is brought to a level of brutal realism that favors the well-prepared warrior. The game delivers an unparalleled experience, taking veterans of the genre to the next level of tabletop gaming, and providing new players the chance to dive into a content-rich system.

Combat encounters in this game are fast. The rules are very detailed, but even with the mathematics involved of comparing dice rolls it just takes a little learning curve to master. Song of Swords works on a Dice Pool system, using 10-sided dice. You have a number of dice (a ‘Pool’) that you roll against a ‘Target Number’ or ‘TN.’ Each die in the pool that surpasses this TN is a Success.

A combat encounter can be over very quickly after just a few dice throws and comparison of success results. You can go to the website of Song of Swords to see the Beta version of the rules that will help clarifiy a lot of questions. Combat is a major aspect of the game, but there are rules that flesh out the rest of the roleplaying game.  They have provided a video to introduce the combat mechanics of the game that you can see for yourself: 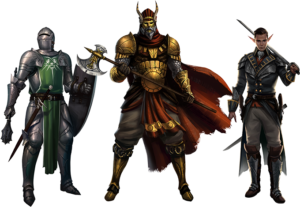 Zach aka Claymore: Zach is the President and co-founder of Opaque Industries. He is a former employee of Chaosium (Call of Cthulhu) and has worked in the gaming industry for five years. Zach works alongside James to design the rules for Song of Swords.

James aka Jimmy Rome: James is Lead Game Designer and co-founder of Opaque Industries. He has been running iterative tests on Song of Swords with our robust community for years, and brings the creative vision of Vosca to life.

Taylor aka Bones: Taylor works in the mobile game industry, and serves as Art Director and Project Manager for Song of Swords. He works with our artists and layout team to deliver high-quality visuals for the game.