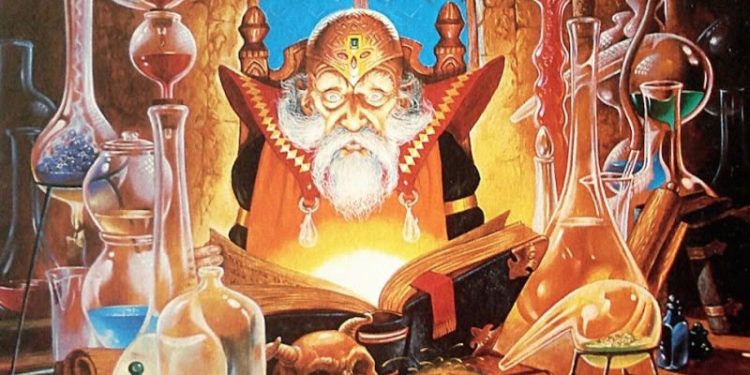 Oil, water, gems and metals are some of the most precious resources in our world – creating immense wealth for those who possess them. Crimes are committed, the environment is destroyed and even wars are fought to attain these resources at all costs. In most of  D&D’s fantasy settings, magic is the most important resource allowing those who possess the ability to control it to gain power, wealth and even the ability to conquer death. In some worlds, magical items can be converted into an immensely valuable magical powder called residuum. The powder can be traded as a commodity and used to enchant magical items.

residuum[ri-zij-oo-uh m]: the residue, remainder, or rest of something.

In my current campaign set in the Nentir Vale (D&Ds 4th edition default setting), I thought about introducing residuum – since it was used in 4th edition.Residuum can be a good or terrible thing to introduce to your game.

GOOD: It gives your players a way to take unwanted magical items and turn them into something they want during downtime.

BAD: It gives your players a way to take a bunch of common magical items you were fine with having in your game and turning them into potentially a more powerful game breaking magic item you didn’t plan for.

I ended up not adding the rules, since I decided to just handle magical items using the default 5th edition rules/suggestions. Here are my notes on residuum…

Ideas for Adding Residuum into your Game

Here are a couple of rough first draft rituals to use residuum to enchant and disenchant magical items in your 5th edition game roughly converted from 4th edition. I think it’s a good idea to require certain caster levels to be required to enchant/disenchant powerful items. In 4th edition, magic items matched up with player levels from 1-30, so you that made matching items to level simple. for 5e, I matched up magic item rarity with the caster level for wizards of the level found on p.113 of the DMG with some adjustments up.

A magic item can only be enchanted by magic users with a spell casting level that matches the rarity of the magic item according to the table below.

Casting this ritual allows you to turn a magic item into residuum. When you touch an item after casting this ritual, you destroy it. The magic item ignites in a brief flash of brilliant light, then crumbles to silvery or golden dust in your hands, turning it into a quantity of residuum valued at 1/5 of the item’s price.

A magic item can only be disenchanted by magic users with a spell casting level that matches the rarity of the magic item according to the table below.

Let me know what you think or residuum and if you have used it in your game before.

If you want some more ideas on D&D’s magic economy, check out Tribality author Brandes Stoddard’s thoughts in an article on his personal blog looking at this subject:
D&D 5e: Magic Item Economy