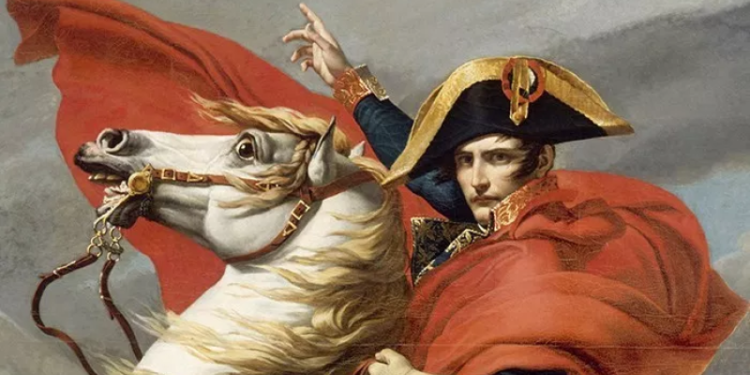 I’d been thinking this was the week for Unearthed Arcana’s artificer class. It turns out that despite living in Georgia, where it is cool, gray, and rainy, heavy snow in Washington can keep WotC folks out of their offices and thus upturn my plans. Somehow Washington’s typical weather came here, and as a result you, dear reader, get the conclusion of the History of the Warlord a week early.

On the surface, there is no official warlord or commander class in 5e, as you probably know. (Unofficial ones come later in this article, never fear!) Instead, there are several subclass and feat options that support warlord gameplay. If you’re sticking solely to official content, perhaps because you’re playing in the Adventurer’s League, you need to just… not care about the word written into your class name.

Over the course of this series, I’ve talked a lot about the mechanical influence of the bard on warlords. We’re not surprised, then, that one of the best warlord-like options in 5e is the bard that is more like a fighter. Sure, I’ve covered the bard in fullness before, but let’s take this real quick:

It stabs, it heals, it inspires, it maintains concentration on heroism. That’s a very good base of functionality, though it also makes War Caster a bit closer to a must-have than is exactly preferable. Also, Song of Rest is a great feature concept for any warlord class.

This doesn’t need even as much discussion as the bard, but Guided Strike, War God’s Blessing, and bless cover a multitude of sins. It’s a cleric who could reasonably describe themselves as a warlord in-character, but much less so in what we’re here to talk about today. (That said, clerics are great leader types in 5e.)

If you’ve been reading my articles for any length of time here, you probably know that I love the Battle Master to pieces. Let’s run down the maneuvers that are most warlord-friendly.

That’s a lot of different ways that Battle Masters can pick up some warlord tricks, and most of them emphasize direct action in the fight. To put that another way, the fighter’s attacks aren’t incidental – they deliver the effects in their own right. As written, this also supports melee and ranged “warlords” equally. All that this really lacks is true healing function – Rally is great but it doesn’t do the whole job.

The Sword Coast Adventurer’s Guide has another warlord-like fighter, which for ease of use I’ll be calling the Banneret. Its mechanical concept is “I kick ass, do you wanna be like me? Then just do what I do!”

The Banneret gets a lot of flak, from what I understand. I think this is one of the easiest-to-play warlord mechanics I’ve ever seen, and it deserves credit for that. Do what you’re going to do anyway, and make the rest of the party better while you do it. On the other hand, it feels thin on features, and Rallying Cry doesn’t reach the mark of strong single-target healing, if your party needs that. I’d like to see 7th level get a little meatier, personally.

The Mastermind rogue isn’t a warlord, though it is a leader and one of its core mechanics – getting to Help as a bonus action, at range – is going to show up in the DM’s Guild products I’m examining below.

I don’t think any other class has anything you could currently call a warlord-like subclass. Picking up Inspiring Leader, maybe Martial Adept (probably for Commander’s Strike), and maybe Healer makes it somewhat plausible to turn any class into a support/leadership type, but it’s definitely not covering the whole concept.

Not too long ago, Robert J. Schwalb released Call to Arms: The Warlord on DriveThruRPG. He has come up before in this series, I usually like his work, and it’s no surprise to me that the PDF is sitting pretty at Platinum Bestseller status. The text includes the 20-level class and 6 subclasses.

That’s the core of the class. It has a lot of features and different ways to use its actions, but I feel like there’s a lot of pressure for the warlord to stand back and look pretty so that they’re making the rest of the party feel cool, but never even picking up dice themselves. Let’s see if the subclasses (Military Stratagems) change that.

This is your high-risk, high-reward style.

This does take some valuable steps toward getting the warlord into the middle of the action and actually doing stuff, but three of the exciting choices are still allies-only. You’re still too close to being an NPC in your own gameplay.

This stratagem is about being the center of attention – your displays of awesomeness inspire your allies.

This does a good job of at least making the warlord into more of a rockstar than a backup singer. As with Banneret’s identical feature, I think Inspiring Presence should get pushed down to 3rd level and replaced. Everyone needs more good ways to engage in non-combat scenes.

This is a raiding and skirmishing style. I think this is the first mobility improvement we’ve yet seen in this class? Considering how big a component that is for other warlords that we’ve looked at in this series, it’s a surprising thing for Schwalb to leave on the table up to this point.

I like the image of the Dex warlord (ranged or finesse-melee) that this puts forward. My concern is that the subclass doesn’t quite gel until some of the higher-level features kick in. Don’t get me wrong, extra speed is always nice – there’s just a sense of early setup with a very late payoff, in Seize Advantage.

The concept of this Stratagem is summed up in the name of its third feature: “Trick Up Your Sleeve.”

I don’t feel like this quite comes together into a playstyle, except that you’re sometimes better at doing the same actions you normally use. Then at 15th level, you gain the most impressive tanking buff in the whole game, an average +5.5 AC that doesn’t cost anyone’s action and (as long as you only use it when it could possibly help) probably just keeps on giving.

The flavor text says that this is about exploiting enemy weaknesses. Let’s see what that means.

A mark-based playstyle is fine, though this one’s limitations are brutal on your action economy. You need to figure out when you’re going to spend the bonus actions necessary to hand out those BC dice. I’m not terribly impressed with this subclass, though as I’ve said it does a better job of getting the warlord into the action part of the fight.

Well that stratagem name is a lot to live up to. The flavor text doesn’t tell me much.

The core mechanic is interesting, and it hands out bonuses more steadily than Battlefield Command dice alone. Using the tactics dice or deciding to let a miss ride so the die can grow is probably a fun decision moment, and it’s good that it calls the warlord’s player to make some moment-to-moment choices on other people’s turns. There’s no pressure at all for the warlord to go stand near the fight.

I want to like this warlord, Robert J. Schwalb is a better designer than I am, and I haven’t played it or seen it in action at the table, so I could be wrong. There’s a certain combination of action, involvement, and fun dirty tricks that make the 4e warlord so much fun, and that seems to be missing here. If being mostly an observer in a fight sounds like fun to you, I’m so not here to tell you that your fun is wrong. But I love the 4e warlord and the 13th Age commander (just on the strength of reading it), so I have some foundation when I say that I don’t think this one comes together.

The other problem with this warlord is that the subclasses aren’t conceptually or mechanically distinct enough. There needed to be about half as many subclasses so that they’re not retreading the same space.

I had intended to round out this article with another full review and analysis of another OGL commander, this one by George Sutherland Howard. Since I’m already way over 4,000 words and it’s midnight, that gets to be its own review article later this month.